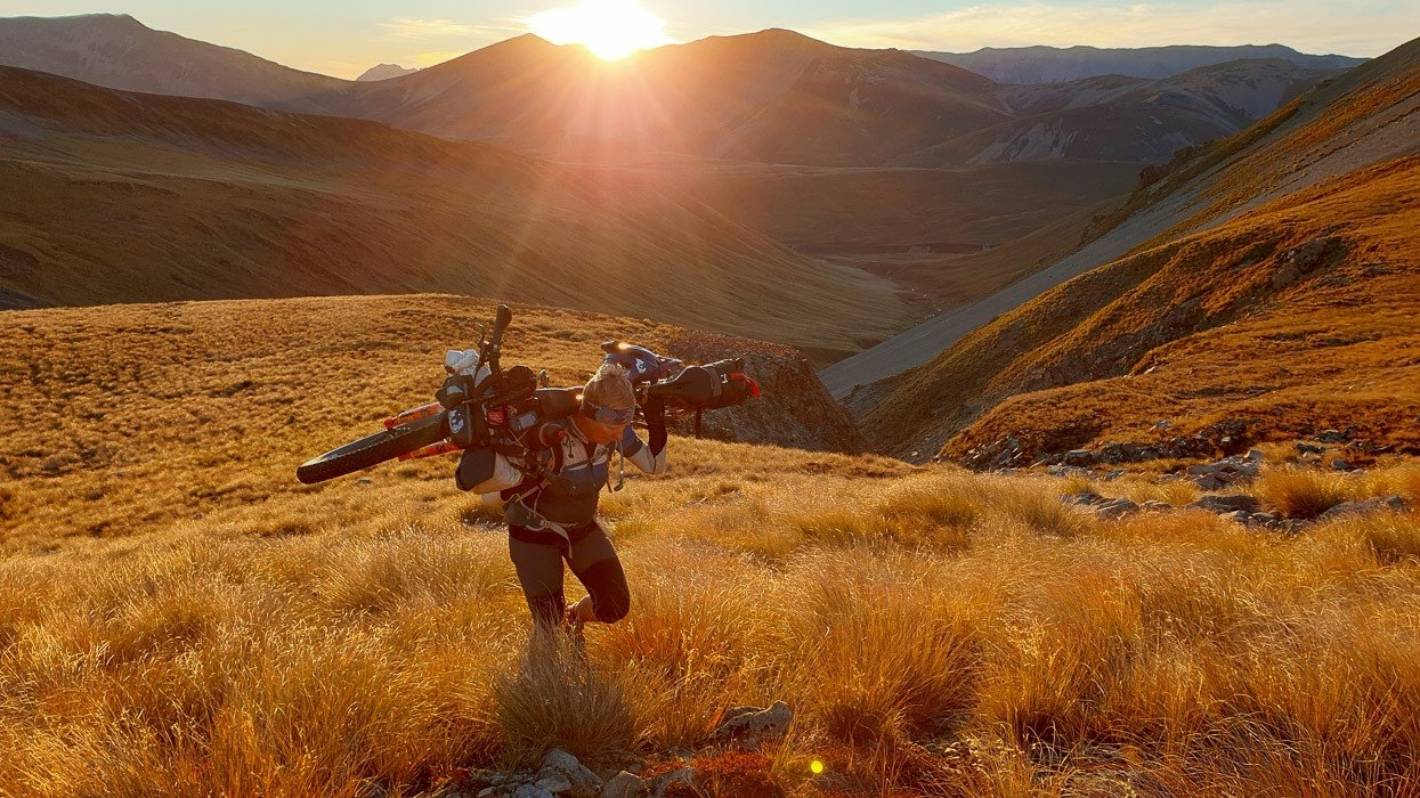 “It’s not supposed to be easy,” says Brian Alder matter-of-factly.

The Takaka organiser is talking about the second Tour Te Waipounamu, a 1331km extreme bikepacking event he created that takes riders the length of the South Island through some of its most challenging terrain.

Fifty riders will start from Cape Farewell in Golden Bay at the northern tip of the South Island on Sunday morning and will ride to the southernmost spot at Slope Point, in the Catlins, east of Invercargill. The route includes paved roads, gravel roads, four-wheel drive tracks, single tracks and the quaintly named hike-a-bike where the only option is to carry the bicycle.

Agreements with landowners allow the riders to traverse some sections of private land.

“There are no support crews, no outside help, no friends coming to wave and cheer you, and the clock never stops,” Alder said.

“You ride as much or as little as you want on a daily basis.”

In last year’s inaugural event, Nelson’s Martin Strelka rode the first 500 kilometres without stopping, while the first to finish, Ollie Whalley, pedalled a mammoth 474 kilometres and 38 hours non-stop from Lake Pukaki to Slope Point. He took five days and 10 hours to complete the route.

Alder said riding 18 to 20 hours a day was common, with riders snatching a few hours sleep, sometimes in DOC huts, or in a sleeping bag on the trail.

He singled out the Two Thumbs range from the Rangitata River to Lake Tekapo as the hardest part. It climbed to the highest point of the route, requiring riders to push and carry their bikes and was exposed to the weather.

As to the fundamental question of why riders would put themselves through such an unrelenting journey, Alder, who will take part himself, said: “Because they don’t know if they can.

“So many things these days you know you can do it; it’s just how fast. The unknown does not exist.

“This is hard, and I would say half the people would be worried about finishing.”

Last year a remarkable 32 out of 37 riders completed the course, although only around one quarter were racing.

Apart from the physical and mental challenges, logistics were another hurdle, including figuring out how much food to take for each section.

Alder, a back country adventurer and mountaineer, had the idea of a South Island course for about five years, but the 2020 lockdown provided the catalyst to develop it. Originally, he planned to ride it only with friends, but the amount of time it took to create the course, including private access agreements, convinced him it should be an event.

“A number of people commented at the finish (last year) that they had no idea they were that capable. People had some major life-changing moments and for me that’s one of the big reasons to organise it.”

The race can be followed online through https://ttw22.maprogress.com/ andhttps://dotwatcher.cc/race/tour-te-waipounamu-2022 and also on the Tour Te Waipounamu Facebook page.