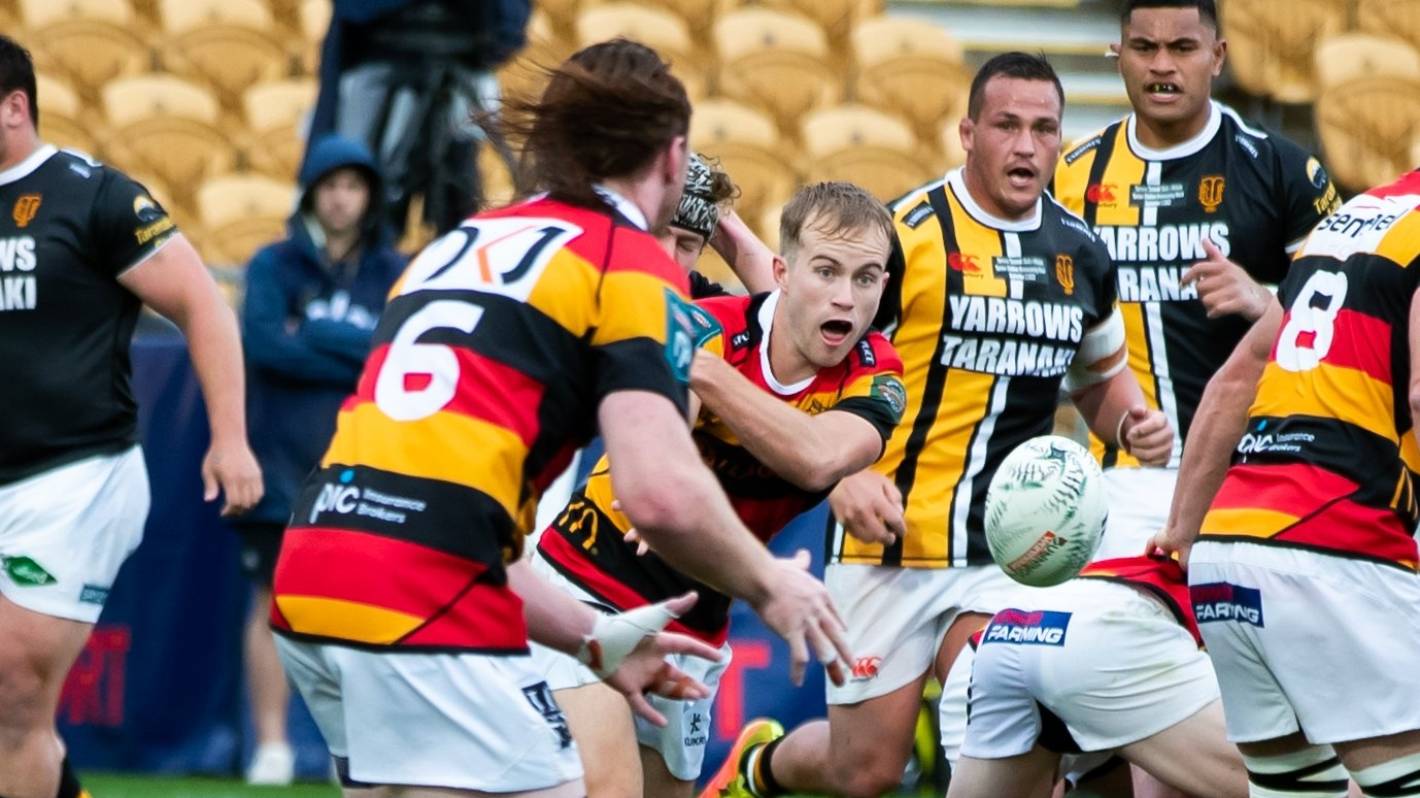 Waikato Halfback Xavier Roe gets the ball away.

Taranaki’s homecoming match against Waikato on Saturday couldn’t have gone any worse for local fans.

Not only did Taranaki lose 21-6 against the defending champions, but the uncovered West Stand provided no shelter for the crowd that braved the heavy rain and gusty wind.

Construction delays meant the stand’s roof could not be completed, with the corporates down the southern end of the ground the only ones covered from the elements.

There was plenty to celebrate though, because it was the first time since 2017 spectators could be seated in the West Stand.

The new field held up perfectly in the trying conditions, even with a curtain raiser played on the ground before. The new bight LED lights were turned on an otherwise glim afternoon.

On the field, Waikato were too classy for Taranaki to lock away the Ryan Wheeler Memorial Trophy.

The win meant they are the only unbeaten team in the competition after five matches.

Unforced errors were common during the game for both teams in a stop-start match largely because of the conditions.

After Taranaki’s Daniel Waite slotted a long-range penalty with the wind behind him in the opening minutes of the game, Waikato’s attack was relentless.

Their forwards grinded away close to Taranaki’s line and put the home team under pressure.

Taranaki were lucky not to lose a player to the sin bin with the penalties mounting inside the first 15 minutes.

The defence couldn’t handle a kick over the top, which allowed D’angelo Leuila to score the opening try.

It was one of only two tries in the match, with Damien McKenzie adding a conversion.

A quarter of an hour later, Taranaki were defending again, but this time managed to stop the dangerous Waikato attempt.

Waite added another penalty just before the break to narrow the margin to 7-6.

With the wet conditions making an impact in the second half, McKenzie slotted three penalty kicks, while Waite missed one.

Taranaki had a chance to close to gap late in the match, but Pita Gus Sowakula lost the ball forward in contact.

Taranaki travel to Nelson to play Tasman on Sunday, before playing Manawatu and Counties Manukau at home in consecutive matches and North Harbour and Auckland away.

– This content has been brought to you by Sport News Taranaki