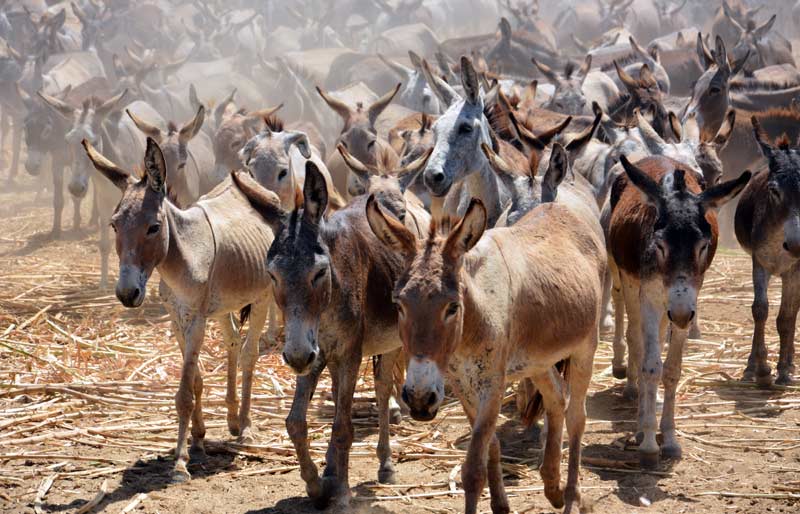 By NKOSENTSHA KHUMALO
ELEVEN donkey thieves from Ntabazinduna in Matabeleland North have appeared in court charged with stealing 15 donkeys at a grazing area and illegally using them to ferry firewood in Bulawayo.

They pleaded not guilty to the charge, and 10 of them were remanded in custody to August 10 for trial at the Mbembesi court.

One of the suspects, a 16-year-old, was remanded on the same date but into the custody of his parents.

On August 2, complainants received information that their stolen donkeys were sighted in the Pumula area in Bulawayo.

They made a police report which led to investigations and the subsequent arrest of the thieves.