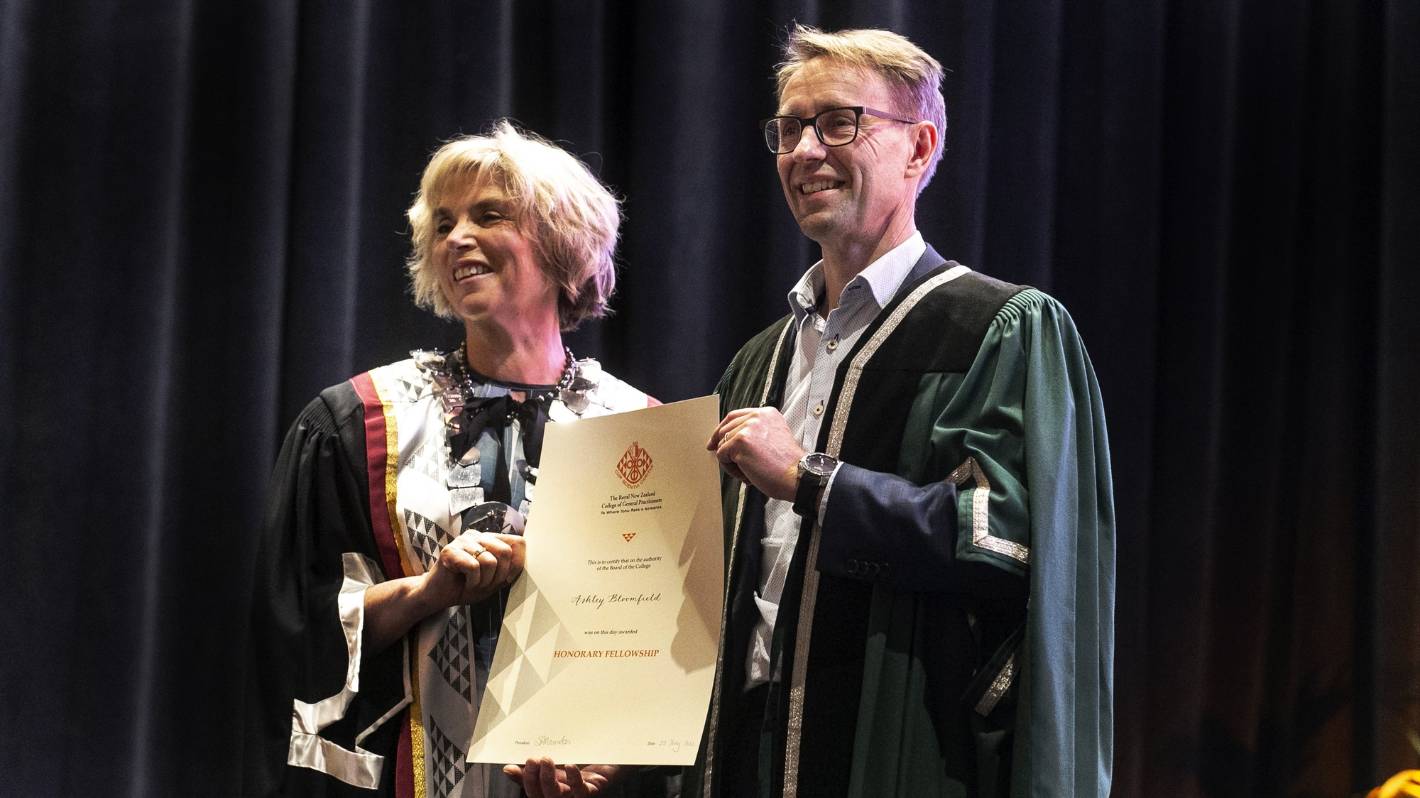 New Zealand’s top health official has been made an honorary GP.

Outgoing Director-General of Health Dr Ashley Bloomfield shared his coping strategies during his darker moments while at the helm of the pandemic response at his final public address in Christchurch on Friday.

Bloomfield said there were days when he wondered if someone else could do the job but said he would check the sun had come up, drink coffee, and remember the people who were supporting him.

He shared his learnings from the pandemic and thanked the GP workforce in a keynote address at the GP22 conference for General Practice at Te Pae conference centre.

Immediately afterwards he was awarded an honorary fellowship by the Royal New Zealand College of General Practice (RNZCGPs) for his “tireless work as the director general of health using evidence-based decision-making to inform Government”.

Bloomfield has a medical degree, but did not gain a speciality in general practice.

He acknowledged the current pressures for GPs and outlined some of the barriers limiting growth of the sector.

He said the speedy, problem-solving approach used to manage the pandemic would help to solve major healthcare challenges facing the country.

“I think we should be a bit more impatient than we have been,” he said.

But he encouraged GPs to look after their own well-being.

“It’s important to pause and think of the human value of the work you do. But also prioritising your own well-being.”

Bloomfield said he’s optimistic about the future of the health sector because “we have so many good people”.

College President Dr Samantha Murton presented the award and said she appreciated Bloomfield’s “calm, steadfast approach over what has been an unprecedented few years”.

Bloomfield told Stuff he was “really humbled and thrilled” by the award, which had come out of the blue.

“I consider and strongly support general practice as a fundamental part of our health care system, and they are a key part of keeping people well and also looking after people when they need care.”

Bloomfield said he had worked hard to ensure open lines of communication with the general practice sector during his tenure in the role.

He acknowledged some GPs had felt left behind at times during the pandemic.

At a recent visit to Hastings Health Centre he “jokingly apologised”.

“…I said I know at times you would find out what you were going to be doing at the 1pm stand up, and I think they understand and accept that was a reflection of just how fast things were moving.”

In his address Bloomfield said New Zealand’s response to the pandemic was possible because there was a “clear sense of purpose”.

“The best definition of leadership is it’s ‘an invitation to collective action’, and what happened through Covid was that everybody had a common sense of what needed to happen and acted collectively.”

GPs are facing huge demand this winter as flu and Covid-19 rates remain high, with a large number forced to close their books to new enrolments.

This year’s 3% increase to Government subsidies for GP appointment fees drew disappointment from the general practice sector with some calling it “woefully inadequate”.

Bloomfield said there was no doubt the primary care sector was facing huge challenges, along with other parts of the health system.

“Amidst all the challenge and pressure there are these big opportunities, what are they and how might we make sure we take them.”