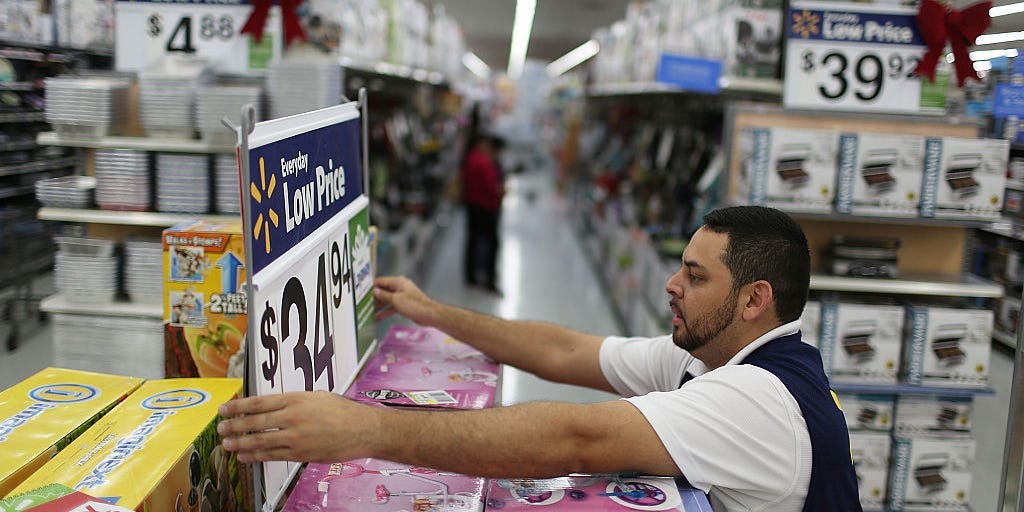 Seth Goshorn didn’t expect his post saying he got a new job at Walmart to go viral, but that’s just what happened.

The 28-year-old Ohio man posted a TikTok video earlier this month in which he said he was quitting his teaching job to go work at Walmart instead.

“Leaving teaching after 6 years to go be a manager at Walmart and make more not using my degree,” he wrote in the clip, which shows him wearing one Walmart uniform and holding up another.

Goshorn loves teaching, but told Good Morning America he changed jobs for one reason: the money.

“It was a lot better than I think people are used to and what people would expect,” he said.

He’d worked in education for five and a half years, first as a reading tutor and then as a second-grade teacher, according to GMA. Last year, he made $43,000 teaching in Ohio’s Stark County. Meanwhile, he said he’ll make $55,000 a year before bonuses at a Walmart in Massillon, Ohio, as a stocking 2 coach, which includes ensuring delivery trucks are unloaded.

His job switch shined a light on a notoriously bad part of the teaching profession: the pay.

“I absolutely don’t want this to be that I’m just trying to discourage anybody from becoming a teacher,” he told GMA. “That’s not the case. I just want my teacher friends to be paid as they should be.”