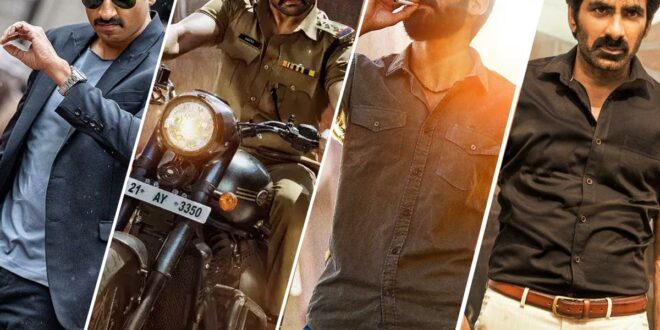 With ‘Ramarao On Duty’ also failing to pull off any excitement of the audience and tumbling to get footfalls in theatres, the whole mone of July 2022 has finally ended with a sad result for Telugu Film Industry. Here is a look at what has happened with the kind of movies Tollywood filmmakers carved out and delivered to Telugu audiences.

In the first week of July, we have Gopichand’s Pakka Commercial released with loads of expectations, but director Maruthi failed to live up to that as she carved yet another run-of-the-mill movie. Then came Lavanya Tripathi’s Happy Birthday with loads of expectations as director Ritesh Rana’s previous film Mathu Vadalara is a hit. But that too has bitten the dust owing to the ‘headache-inducing content.

After that Ram Pothineni’s The Warrior hit the marquee but though the film made a ₹16+ crores collection from the box office it turned out to be a flop for the makers owing to the high costs it was made with. And finally the biggest disappointment has come in the form of Naga Chaitanya’s Thank You which has collected only ₹3 crores after the first weekend, thus crashing down the market of the hero as well as the Telugu cinema industry as a whole.

The came Ramarao On Duty which has hit theatres with high expectations as Raviteja and the film’s director have boasted a lot about it. Finally the content couldn’t live up to the mark. Except Ram’s The Warrior which is little better in terms of the losses, all other are likely to end up as major hand burning ventures for the producers and distributors.