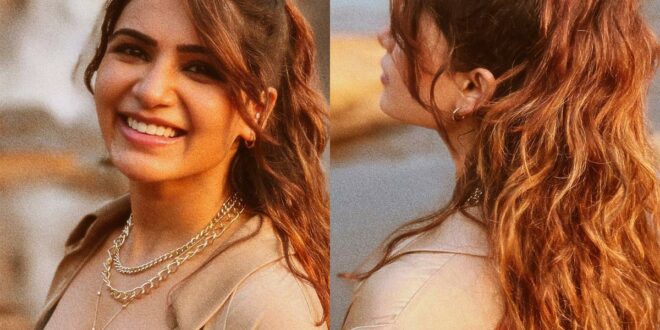 Other day Samantha has shared a picture of herself saying that she’s happy to have got completed 12 years in the film industry. While she thanked fans and others for being part of her journey, actually she happens to be the only third heroine in Tollywood who has made it quite big. And this why we are saying that.

Back then, heroines used to be those shining glances in the sky and their careers used to last for just 4-5 years. The likes of Simran and others have shined in Tollywood for such a short time and dispapeared. But then, we have the likes of Kajal Aggarwal and Tamanna Bhatia who have completed more than a decade in the film industry provided with the fact that their charms and hotness are still a sought-after thing.

Joining that league is none other than Samantha who has completed 12 years in the film industry. Ever since she debuted her, she became a star heroine with the second film itself (First film in Telugu) and since then she is that sought after star heroine only. Only Kajal and Tamanna did that, as they debuted in 2008 and 2001 repsecitvely, and still working as star heroines.

As we are speaking Tamanna and Kajal are having a copule of films in hand, while Samantha has almost half-dozen movies at the moment.