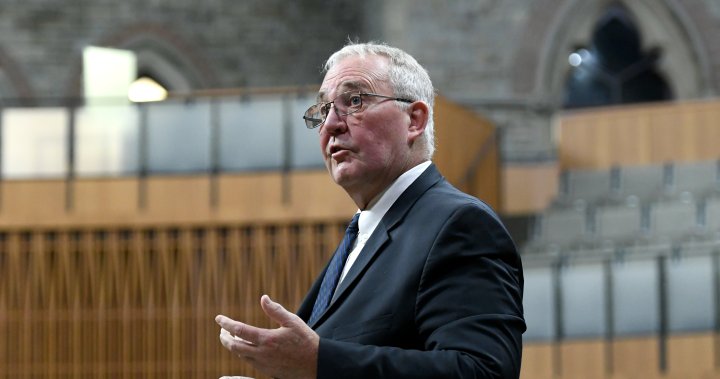 The federal minister of emergency preparedness says border guards have been advised that B.C. residents can cross into the United States for essential supplies because of flooding in the province, after some reportedly faced fines or were told they would have to quarantine on returning to Canada.

Bill Blair said Tuesday the circumstances of those who received tickets for allegedly violating quarantine restrictions is also being reviewed by the Public Health Agency of Canada.

Ottawa approved an exemption from the B.C. government for travellers from specific areas along its south coast to travel to the U.S. to purchase gas or essential supplies and immediately return to Canada without providing a negative PCR test for the virus that causes COVID-19.

A statement from the Canada Border Services Agency says there can be a transition period that “may lead to some inconsistencies” when operational guidelines are changed.

Denis Vinette, vice-president of the travellers branch and COVID task force at the agency, said “a couple dozen” individuals were fined during a 24-hour period, although he did not have an exact number.

“We had to shift our approach quickly and get our front-line officers to understand that we are going to broaden the application of that exemption,” said Vinette in an interview.

“Regrettably, there was a short period of time where, as we’re kind of gearing up for that transition, where some individuals were referred to the public health agency and some were subjected to fines in a situation where we’d agreed that we would actually not issue the fines.”

He said the agency doesn’t issue fines, but officers do assess declarations filed by travellers upon their return to determine whether they’re eligible for any of the exemptions. If they are not, they are referred to the public health agency.

He said decisions on any penalties under the Quarantine Act rest with the public health agency or police.

The public health agency and the RCMP did not immediately respond to request for comment, but Vinette confirmed individuals crossing the border for essentials are no longer being referred for a fine.

In its statement, the border agency says anyone who travels to the U.S. for a non-essential reason, to visit friends, eat at a restaurant or do holiday shopping would not be covered by the relaxed rules.

Blair says the travel exemption for essential supplies was appropriate, but it cannot be abused.

“It doesn’t include going to visit family and friends, engage in recreational activities and then gas up on the way back,” he told reporters in Ottawa.

Officers and public health agency representatives at border crossings must have the information they need to make the right decisions, said Blair, and “that clarity has been provided.”

This story was produced with the financial assistance of the Facebook and Canadian Press News Fellowship.