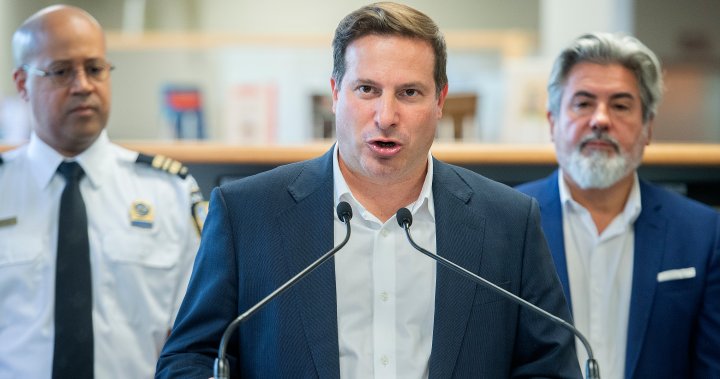 Quebec will receive nearly $42 million from Ottawa to support its fight against gun violence and street gangs.

“We must stop this violence before it starts,” Mendicino said.

The money will be used to support prevention plans and efforts already in place to limit gun violence in the province.

“What we are aiming for here is through programs and organizations, to get young people out of the clutches of organized crime or violence through music, sport,” said Heritage Minister Pablo Rodriguez.

2:07
Three separate shootings in the west of Montreal leave one man dead, several others injured as locals worried about the spread of gun violence