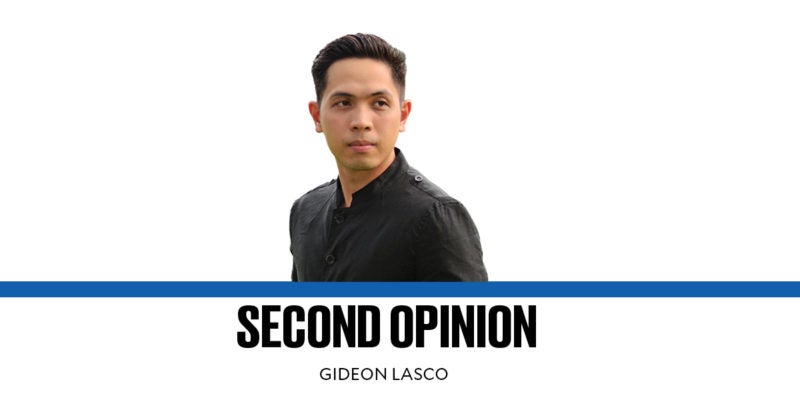 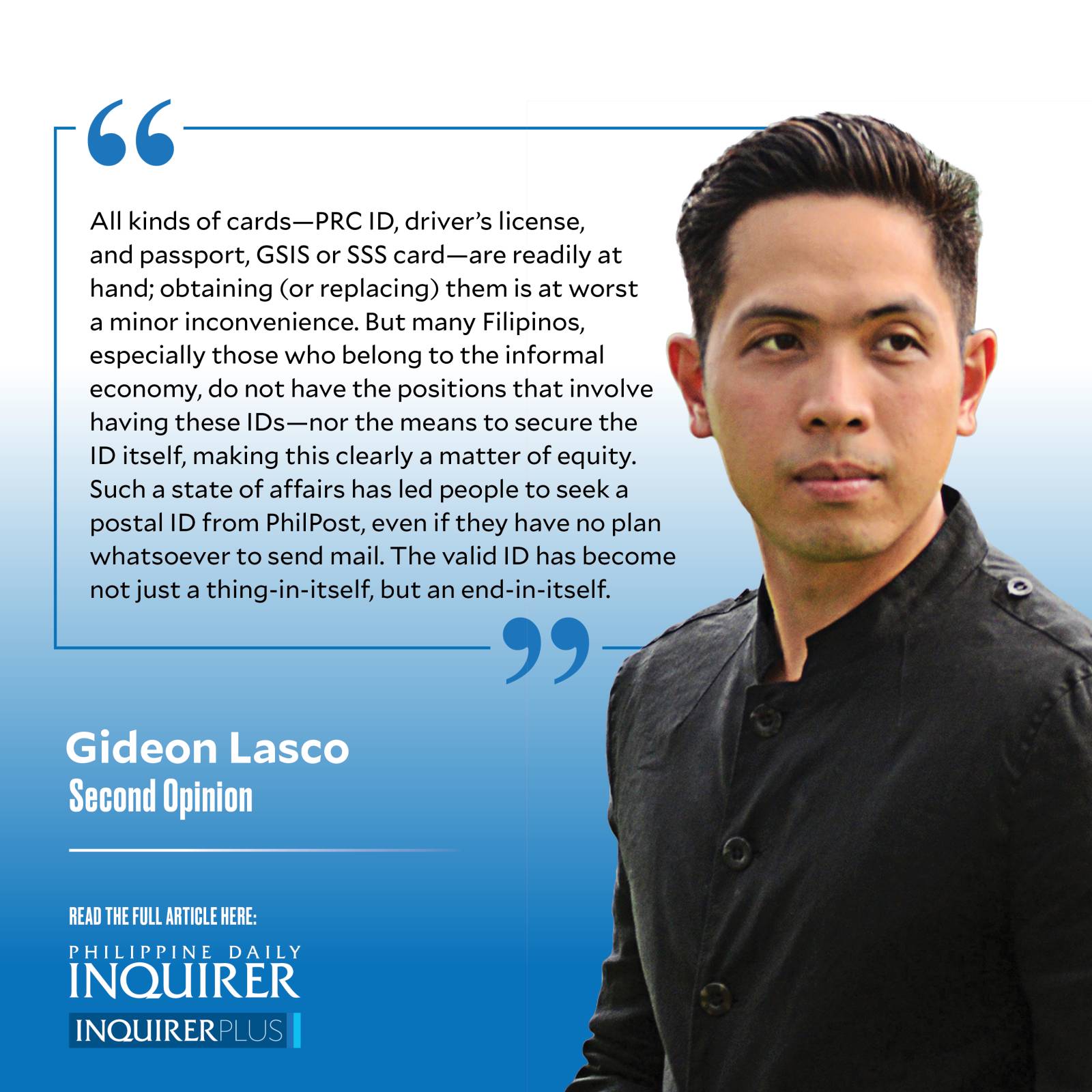 Philosophically speaking, an ID in and of itself only indicates the existence of something; it is a signifier—but not the signified.

A student ID, for instance, indicates that one is enrolled in a certain school or university. It does not make the person a student; it only validates such a fact. If a student loses his or her ID, it doesn’t mean that he or she has stopped being a student.

A professional identification card (PRC ID), too, bears one’s license number and its current validity, but it does not make the person a professional. For instance, as a licensed physician, I have a PRC ID, but I do not need it to practice medicine, and losing it does not make me lose my license. Indeed, the license to practice medicine is granted to me by the government and the “license” (i.e. the ID) only displays that fact.

In practice, however, valid IDs have been equated to the thing-in-itself and fetishized to a point that they have taken an immense importance in the country. Some years back, a blogger complained of a hostel in Cebu that asked for three valid IDs, and while I have yet to experience being asked for three, two is not uncommon, and one is fairly standard even to enter buildings and even mountains.

As with many things we love to complain about, this conundrum is not only in the Philippines. In Indonesia, for instance, indigenous peoples were reported to have faced problems in getting COVID-19 vaccines because they lacked valid IDs; the title of this piece is inspired by the work of the anthropologist Gastón Gordillo (2006) in which he explored “ID-paper fetishism” among indigenous peoples in Argentina.

In the past, it was understandable that, in the absence of any other means of verification, the ID was inseparable from what it signifies. Thus, in “Casablanca” (1942), it was plausible as a plot device that the “letters of transit” that fell into the hands of Rick Blaine (Humphrey Bogart) “cannot be rescinded, not even questioned.” Likewise, passports used to be taken for their face value, unlinked to any electronic database, which was why it was easier in the past to forge them. For the same reason, a driver’s license ID—which is not the license itself—must be carried at all times and it is an offense to drive without one.

The desire to protect from fraud and all kinds of ill intent is understandable, but in the age of big data, 5G connectivity, and QR codes, the physical ID is becoming unnecessary, and oftentimes, there is really no strong justification to require an ID, save for institutional control and the simple fact that it was what people have habituated to do.

For a licensed professional, employee, or business owner who also drives a vehicle and travels abroad, all kinds of cards—PRC ID, driver’s license, and passport, GSIS or SSS card—are readily at hand; obtaining (or replacing) them is, at worst, a minor inconvenience. But many Filipinos, especially those who belong to the informal economy, do not have the positions that involve having these IDs—nor the means to secure the ID itself, making this clearly a matter of equity. Such a state of affairs has led people to seek a postal ID from PhilPost, even if they have no plan whatsoever to send mail. The valid ID has become not just a thing-in-itself, but an end-in-itself.

Responding to the above issues was one of the justifications for the PhilID under Republic Act No. 11055. “Filipinos have to present various identification cards issued by different government agencies in order to prove their identity here and abroad,” read one congressional explanatory note. Despite the good intent of this measure, however, it has been marred by privacy concerns, delays, backlogs, and other issues that will hopefully be urgently resolved.

In the long run, one decisive moment could be the pandemic. Suddenly, amid fear of contagion, virtual documents are increasingly gaining recognition; COVID-19 has also accelerated the use (and development) of biometrics to replace physical ID cards. Commendably, some government agencies—like the Professional Regulation Commission—have made it possible to renew cards completely online.

But some of the important changes are cultural, not technological, and entail letting go of what I have previously called the “Filipino burden of proof” (7/23/2021). I hope the President, who once dressed up as a Jedi knight, will take up this issue so Filipinos can get closer to saying Obi-Wan Kenobi’s words: “You don’t need to see my identification.”

In the meantime, we will have to make do with presenting valid IDs for all kinds of transactions—including getting a valid ID.


For more news about the novel coronavirus click here.

What you need to know about Coronavirus.

The Inquirer Foundation supports our healthcare frontliners and is still accepting cash donations to be
deposited at Banco de Oro (BDO) current account #007960018860 or donate through PayMaya using this
link.