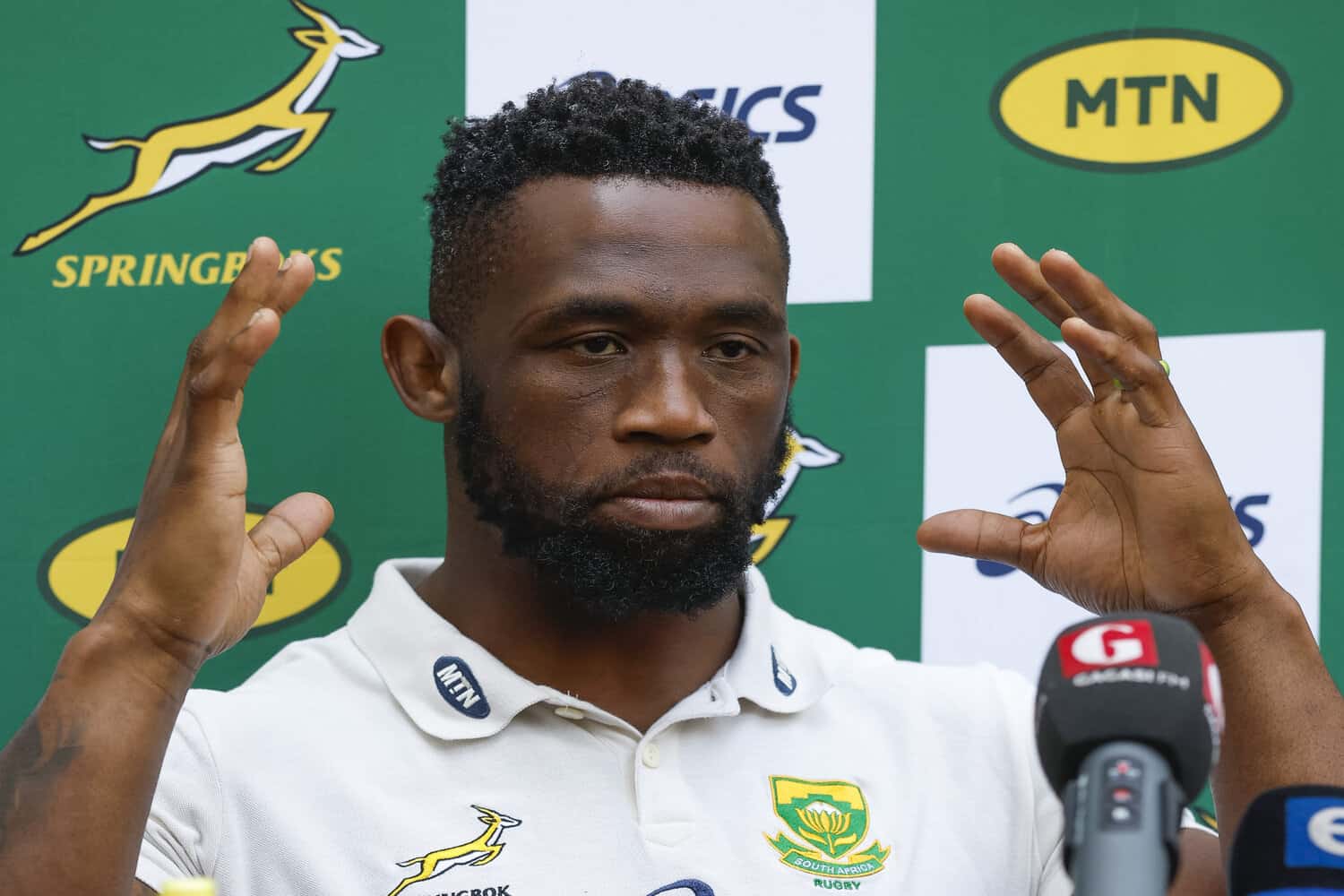 Springbok captain Siya Kolisi insists that they have plenty of motivation to beat the All Blacks when the teams meet in their Rugby Championship opener at the Mbombela Stadium on Saturday afternoon (kick-off 5:05pm).

Quizzed during their pre-match press conference on Friday afternoon, on whether they have sufficient motivation as the team usually thrive on being the underdogs and perform best when they have been written off.

However, heading into this game the All Blacks are on a dreadful run of four defeats in their last five matches, while having lost their last two games against Ireland in New Zealand, which sees the Boks considered as slight favourites, something they are not used to.

“How we see it as a group is that we haven’t won at home (against the All Blacks) in eight years (since 2014) and that’s our motivation. We can’t control what is happening in the All Black camp, all that we can control is what we can do,” explained Kolisi.

“As this group we haven’t beaten the All Blacks in South Africa. So that’s what we want to do. We want to play really well, make sure we start with intensity and execute our plans. We want to test ourselves against them. They are an amazing side.

“They have just lost their past two games, but we have also been on the other side, so we know what it feels like. It takes one game for you to kick start (a recovery). So we are not thinking about what other people are thinking, we are just focusing on what we must get right.”

Only four players in Saturday’s match 23 have tasted success against the All Blacks in South Africa, with Eben Etzebeth, Willie le Roux and Handre Pollard having started that match at Ellis Park in 2014, while Trevor Nyakane played off the bench.

The other 19 players have yet to have that feeling and they will be fired up to break the eight year losing cycle at home against their closest rivals.

The team couldn’t be better prepared having enjoyed a good two weeks of training in the Lowveld and they will head into the match with plenty of confidence and a lot still to prove after an uninspiring Test series win over Wales last month.

“The guys are feeling good. It’s been a great past two weeks, we came here early and we are feeling strong and ready. There was a lot for us to work on after the Welsh series,” said Kolisi.

“There was stuff that we had spoken about in the alignment camps and we are now slowly starting to chip away at those goals and we are fully focused on things that we wanted to improve on going forward.”