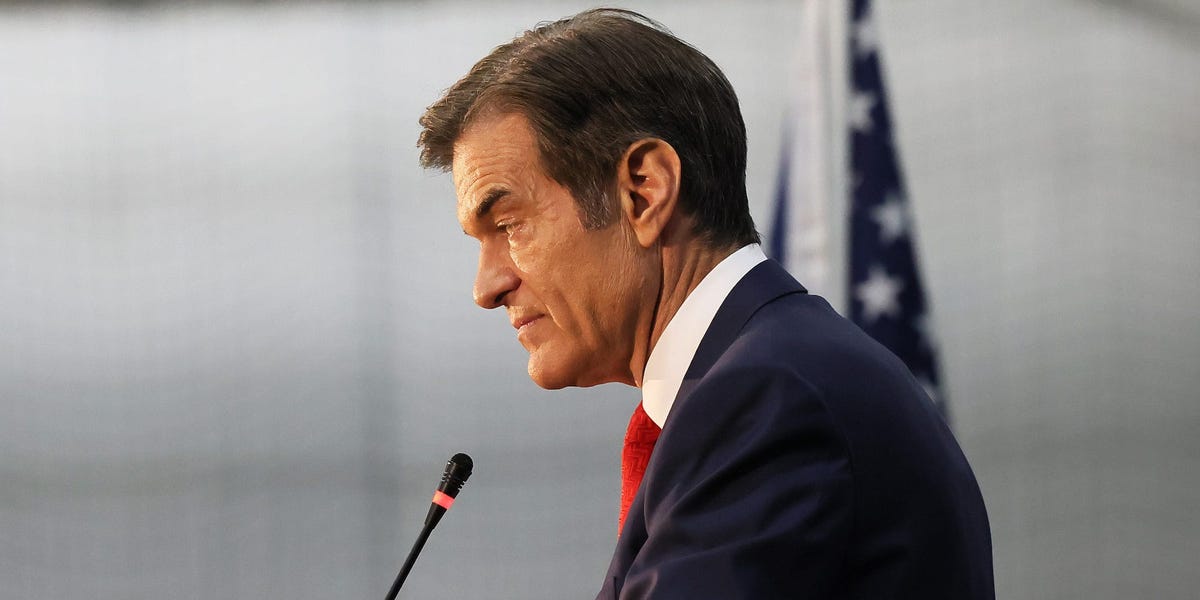 Over 100 Pennsylvania doctors put out a statement Tuesday condemning Senate candidate Dr. Mehmet Oz after his campaign said that his Democratic opponent, John Fetterman, would have never had a stroke had he ‘ever eaten a vegetable in his life.’

“As a former daytime TV host, Dr. Oz exploited the hopes and fears of his viewers by promoting unproven, ill-advised, and at times potentially dangerous treatments,” the statement from Real Doctors Against Oz read. “He has made clear that he will put enriching himself above all else, even in instances where people’s health is endangered.”

The statement highlighted multiple examples of questionable medical practices by Oz, including a Health News Review analysis that found 78% of the statements he made on “The Doctor Oz Show” did not align with “evidence-based medical guidelines.”

Dr. Ben Abella, an emergency physician in Philadelphia, previously told Insider the show’s medical board provided “misleading” home remedies and treatments, some of which were potentially dangerous.

As part of an Insider investigation into his quest for the Capitol, Oz’s team replied to the controversy surrounding his use of the word “crudité” to describe a tray of vegetables sold at a grocery store in a video. Fetterman told Oz, on Twitter: “in PA, we call this a veggie tray.”

“If John Fetterman had ever eaten a vegetable in his life, then maybe he wouldn’t have had a major stroke and wouldn’t be in the position of having to lie about it constantly,” Rachel Tripp, Oz’s senior communications advisor, said in an exclusive statement to Insider.

Fetterman responded on Twitter, saying that he couldn’t “imagine ridiculing someone for their health challenges.”

Fetterman suffered a stroke on May 13 — days before winning his Democratic primary — and stayed mostly out of the public eye while he recovered, until early August.

During the course of his stroke recovery, Fetterman’s campaign revealed that he was dealing with serious heart conditions as well, the Washington Post reported.

Fetterman had his first public rally since his stroke on August 12, where he said he was “grateful” to still be alive.

While Fetterman stayed away from public events in order to recover, Oz’s campaign set up an attack website that referred to the candidate as a “basement bum.”

A representative for Fetterman did not immediately respond to Insider’s request for comment.