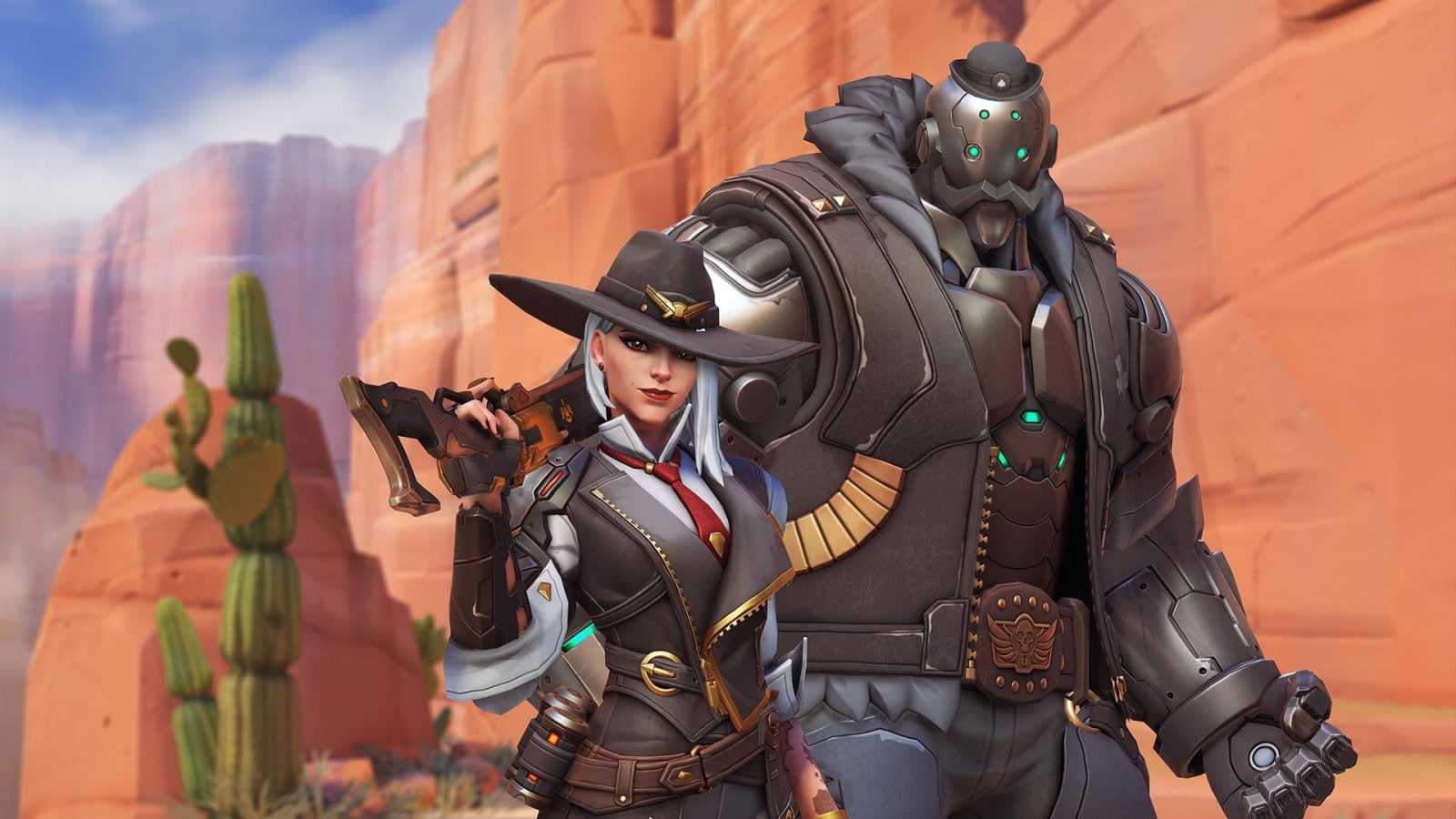 After spending some time in PTR, Ashe took the Overwatch world by storm upon joining the lineup of playable heroes in November 2018.

This gang-leading gunslinger didn’t enter the fray alone, either. Notably, Ashe can summon a robot companion, BOB, whose hulking frame allows him to dominate on the map.

While Ashe-inspired cosplay often makes the rounds, joint BOB and Ashe costumes are a rarity.

Fortunately, one talented and dedicated couple found a way to make it work.

Ashe and BOB are partners in crime in Overwatch cosplay

Cosplayers Angela and Wayne’s Workshop have shared photos of their couple’s cosplay, which casts the pair as Ashe and BOB, respectively.

According to a Reddit post from Angela, who posts under the username mokomokojojo1, Wayne worked on the BOB getup on and off for about two years.

The detail on both costumes clearly demonstrates the amount of time and dedication that went into each build.

BOB and Ashe brought to life in stunning detail.

Other photos of the two on Angela’s Instagram page even show the duo ready to jump into action at a moment’s notice.

As many in the subreddit pointed out, these Ashe and BOB costumes look as though they came from official promotional materials.

Such impressive work didn’t come without a fair few sacrifices, however. According to another Reddit post from mokomokojojo1, the BOB suit is hot and heavy, so much so that wearing it for longer than an hour is out of the question.

Hopefully, the couple continues to receive recognition for their astounding efforts.