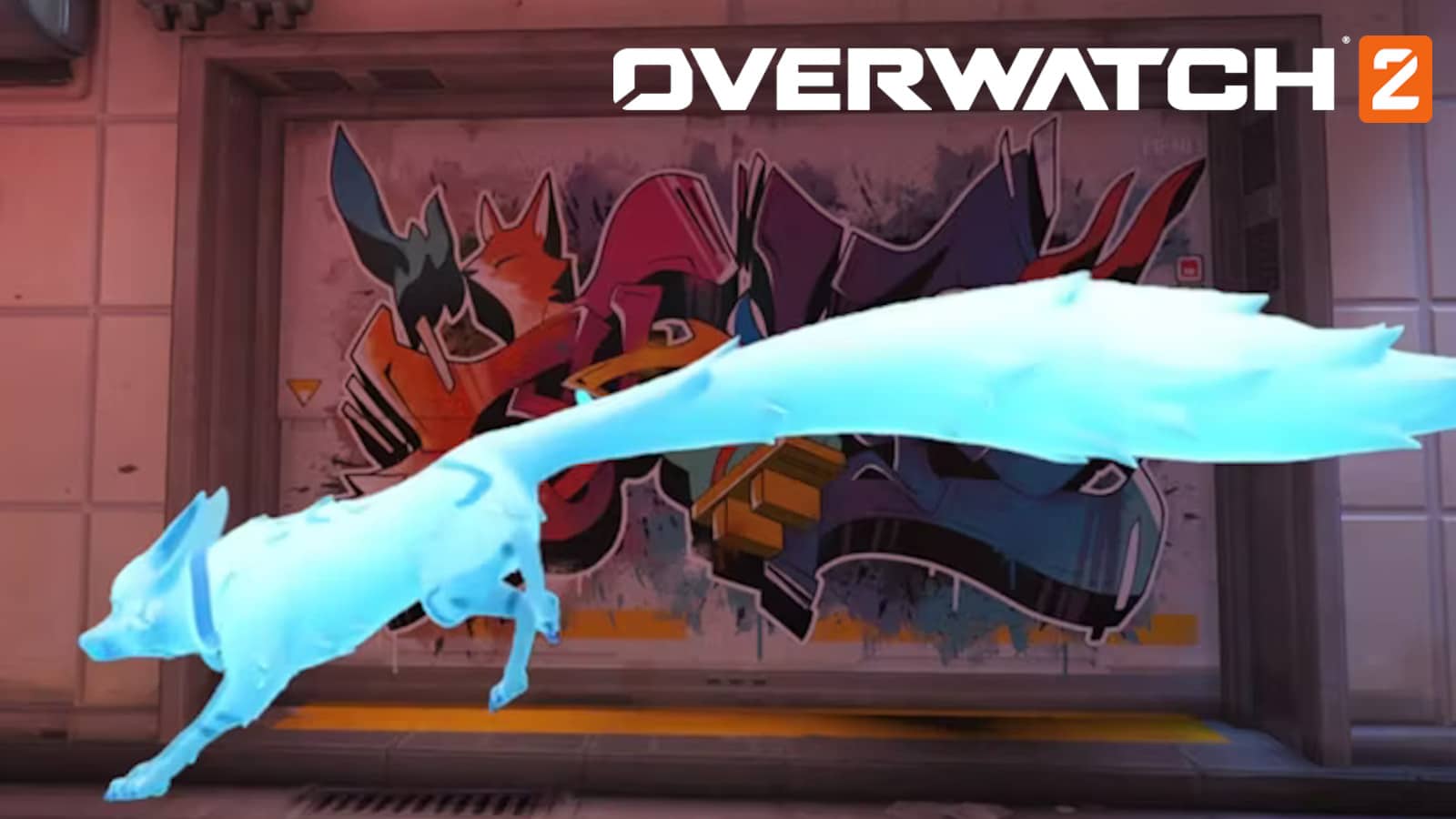 Overwatch fans waiting for the anticipated sequel to release on October 4 think Blizzard might be hinting at the announcement of a new support hero.

Players were shocked to learn that contrary to popular belief, there won’t be a third beta before the game’s launch and they’d be stuck waiting to try out the third hero scheduled to debut at launch.

Not much is known about this mysterious third hero far aside from suggestions that they might be some sort of fox or have a fox ability which includes a speed boost mechanic.

The second Overwatch 2 beta ended with a cryptic message hinting at the arrival of a fox hero, but since then, it’s been radio silence. However, some fans think that has changed.

Is Blizzard teasing the next Overwatch 2 hero?

In a tweet for the ongoing Anniversary Vol 3 event, the Overwatch account promoted a Hanzo skin challenge and drew attention to the Kanezaka death match map – a location connected to the fox hero.

“Hanzo told us to tell you to meet him in Kanezaka this week. Sounded pretty important,” the post reads.

The video also hones in on graffiti – something that former Overwatch Game Director Jeff Kaplan hinted could include important story bits. The vandalism in question contains the word ‘yokai,’ which is a Japanese word for supernatural spirits, often with animal forms.

Players began taking this to suggest that Blizzard could have something planned for Gamescom or a bit down the road.

“Almost like there’s a fox girl we should meet there,” one player remarked.

There have been many Overwatch 2 teases involving the Kanezaka map.

“There’s a weird emphasis on this one and people are right to be suspicious,” a user observed.

“That does sound like a reveal to me,” said another.

As always, fans might be best to not get ahead of themselves at the risk of being disappointed, but with Overwatch 2’s release fast approaching, we shouldn’t have long to wait for the fox hero reveal, even if it’s not exactly coming this week.