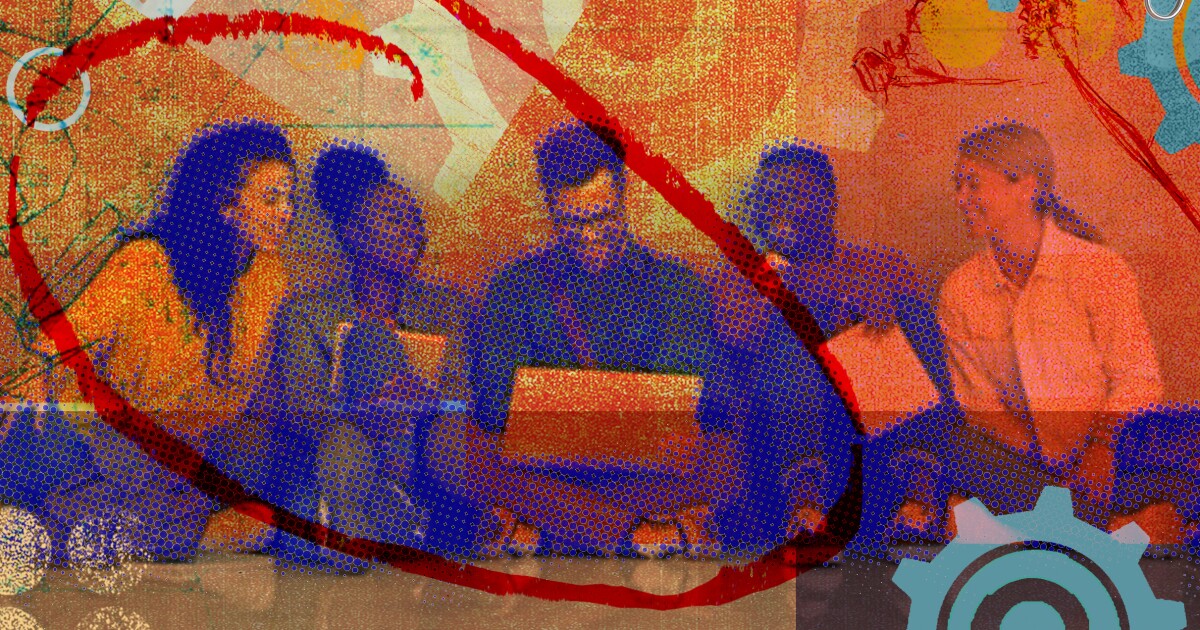 s the 2022 midterm elections approach, education has arguably never in recent history been higher on the national agenda — or K-12 and higher education more united in the public mind. Much of this is because of a right-wing offensive against what the GOP portrays as radical-left indoctrination by immoral educators, enabled by generally profligate public spending. In response, educators and academics maligned as scheming groomers and elitist grandstanders have come together to defend their professional integrity and articulate the importance of academic freedom.

The need to resist such newly vigorous attacks is obvious and urgent. But the midterms also present an opportunity for those of us who work in, and care about, education to do more than play defense. We must also articulate a vibrant vision of educational thriving.

The good news is that we can start by addressing a threat over which we have more influence: nearly three years of pandemic policies that are unwittingly undermining the very institutions many progressives purport to champion.

In the spring of 2020, when President Donald Trump denied Covid’s threat and delayed critical action, liberals and progressives reacted with the intense opposition that was by then reflexive, positioning themselves as champions of public health and embracing closures, stay-at-home orders, and remote learning. At that time, this response was right, or at least reasonable. Even the accompanying moral suasion — stay home, save lives — was merited, at least before it devolved into cruelty: shaming those who sought solace in public outdoor gatherings, accusing kids craving each other’s company of callously “killing grandma,” or blasting mothers buckling under the stress of school closures as entitled “wine moms.”

Nearly three years later, Covid is certainly not over, regardless of what some conservatives proclaim. But neither are Covid mitigations, as some progressives announce equally inaccurately — at least, not if you spend time in schools or colleges. In contrast to stadiums, bars, gyms, or most venues that serve adults, which have been operating close to business-as-usual for months, many educational institutions remain vigilant.

When these institutions, which had for many months offered only online classes and stripped-down support services, finally reopened for in-person learning, the experience was often significantly scaled back. Students ate silent lunches and sat six feet away from each other, sometimes behind Plexiglas dividers; graduations and extracurricular programs were downsized or simply canceled. Quarantine rules repeatedly required whole classrooms to close. Toddlers in New York City remained masked until this June; Philadelphia’s Head Start preschoolers will start the upcoming school year in masks. Unvaccinated students in New York City public schools — roughly half the student population — are still excluded from sports, chorus, and band.

Evidence for prolonging these policies is shaky. The World Health Organization recommends against masking children under 5 years old. Emerging data on extended closures suggest their correlation with academic and social-emotional struggles at all ages. European countries that prioritized education as an essential public good model an alternative path. (Ironically, so do some red states whose leaders now claim the moral high ground on pandemic educational policy.) And public opinion is shifting to consider the broader social and economic implications of these interventions.

Yet in education circles, moralistic invocations of a vaguely defined “equity” have become a staple defense of extended mitigations, in K-12 classrooms, and on college syllabi alike. This has made it ever harder to have good-faith conversations about the costs of long-term masking in the spaces where such policies have endured the longest.

This past spring, when New York City schools went mask-optional, some children reported their teachers told them that if they cared about others, they would continue to cover their faces. On my own campus, which requires vaccination, boosters, regular PCR testing, and universal indoor masking, a brief pause in the mask mandate prompted a student to exclaim that she was excited to finally see and hear her classmates — and then to quickly apologize if she sounded ableist or selfish. I understood her hesitation; students who petitioned to revise the in-class mask mandate, mostly speakers of languages other than English, were condemned as eugenicists. Less dramatically, students have told me that because of these ongoing restrictions, they simply find themselves, as I now do, spending less time on campus. It is hard to imagine that the recent nationwide exodus from public schools is not also related to exhaustion with these policies.

Such policies do not define life in classrooms or on campus, of course. But it is undeniable that unlike many educational reforms, which often take years to meaningfully affect learning and living, Covid policy disrupted education with a unique abruptness and intensity. And the left has played a key role in that process.

o how much will this matter in the midterms? It’s hard to know. Some say not at all, since many schools and colleges have already relaxed their Covid protocols and may continue to do so, given recent CDC guidance. But even so, the impact of these measures — as well as the mainstreaming of harmful ideas that “learning loss isn’t real” or that young people are so resilient and formal education so replaceable that students will quickly rebound from its total disruption — will be hard to forget. Glenn Youngkin’s 2021 gubernatorial win in Virginia suggests that dissatisfaction with the Covid policies enacted by Democrats and their allies can be an electoral boon for the GOP and pave the way for measures that delegitimize teachers and undermine education. If Democrats refuse to acknowledge the impacts of these policies and to envision an inspiring path forward, it is easy to imagine this dynamic repeating itself.

K-12 and college environments are not identical. But as the academic year begins, we educators and the politicians who are our ostensible allies must focus on rebuilding schools and colleges as the thriving sites of community and engagement that, at their best, they can be. This does not mean restoring a “normal” that ignores the impact and lessons of this ongoing pandemic and which ill served so many of us, and our students, in the first place. On the contrary, it is an opportunity to improve our educational policy and practice by rebuilding crumbling infrastructure and addressing multiple inequalities only exacerbated in the past several years.

Achieving such educational progress — in the midterms and beyond — also requires reminding ourselves of the best that schools and colleges can offer when they are structured to create a sense of shared humanity, rather than organized primarily to prevent disease transmission. Without this sensibility shift, educational advocates across the board are only abetting those who seek to dismantle the institutions we hold dear. Skeptics, mostly on the right, have for decades insistently questioned whether investing in the educational system is worth it. This chorus stands to become louder and more politically diverse as the cost of education climbs, even as the experience of schooling has been stripped down. The midterms are a crucial opportunity for an alliance among educators to answer, unequivocally: YES, education is absolutely worth it — and to champion a robust vision of what it means to learn, and live, together.