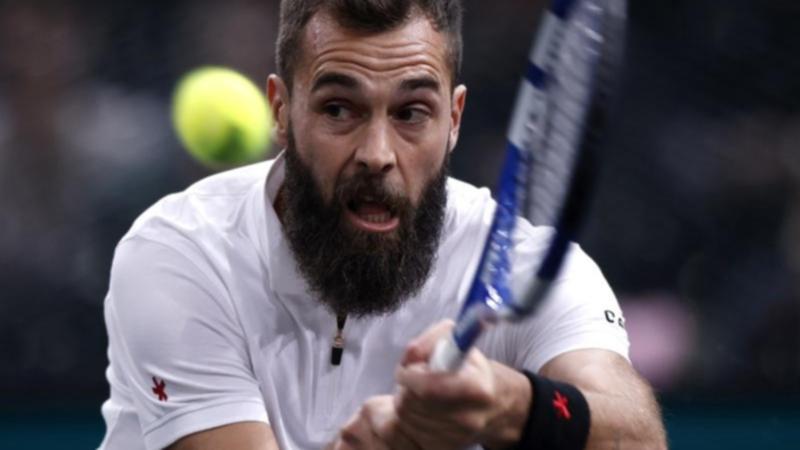 Frenchman Benoit Paire’s preparations for next month’s Australian Open have been dealt a body blow after he revealed he has again tested positive for COVID-19.

The 32-year-old, a former top-20 player, was forced to pull out of the 2020 US Open after testing positive. The following month he returned another positive test when he arrived in Germany to play the Hamburg Open.

“Hello, my name is Benoit Paire and for the 250th time I am positive for COVID,” the frustrated Frenchman said on Twitter.

Paire, ranked No.46 in the world, was part of the playing group who had to endure 14 days of hard quarantine ahead of this year’s edition of the Australian Open.

After being knocked out in the first round, Paire lashed out at organisers, saying quarantine conditions for players had been “shameful”.

“Last year was tough, and this year start exactly the same way!!” he tweeted on Wednesday.

Last month Paire, who is vaccinated, voiced his support for Australian Open organisers’ mandate for all competing players and participants to be vaccinated or have a medical exemption granted by an independent panel of experts.