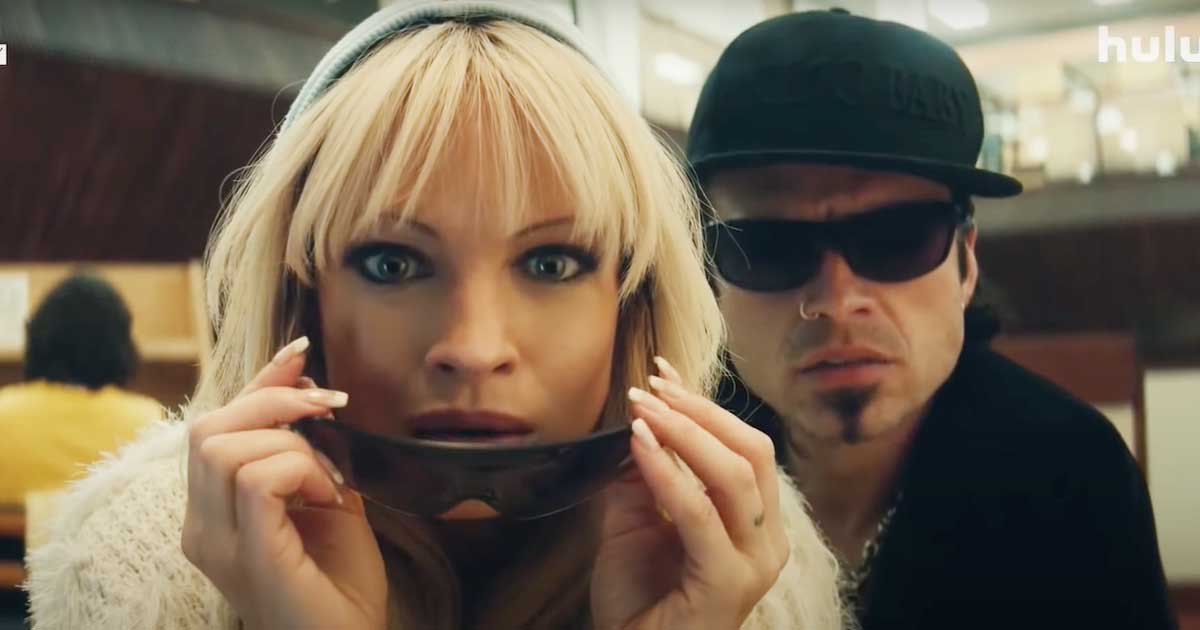 Pam & Tommy is an upcoming web series which has been creating a lot of hype amongst the audience, mainly for its scandalous plot. The first trailer of the show was recently launched on the internet, shedding some light on the theme of this mini-series. The controversial s*x tape moment has been strongly highlighted in the clip, leaving the viewers hungry for more.

For the unversed, the upcoming series is set to revolve around the love affair between Baywatch star Pamela Anderson and drummer Tommy Lee. Lily James and Sebastian Stan can be seen portraying the lead roles in the upcoming Hulu series and fans are already impressed with the accuracy in their attire and body language. The trailer, around two minutes long, gives a comedic outlook into the lives of the two Hollywood stars who were the centre of attention in the year 1995.

Pamela and Tommy have had a bumpy relationship ever since they met for the first time on the New Year’s Eve of 1994. Within just a few days of knowing each other, they decided to tie the knot and went out on a vacation, followed by a houseboat stay at Lake Mead. They created a private tape during their stay in the houseboat which eventually went viral for its scandalous content. Pamela Anderson and Tommy Lee went legal on the matter and won a Copyright case in 1998, against the company that was selling their s*x tape.

The new trailer of Pam & Tommy shows how the electrician, after getting fired from Tommy’s house, decided to leak their s*x tape and sell them for a hefty amount. The trailer shows what went down after the leak and how the couple dealt with backlash that followed. They are seen struggling to take the video out of the media, only to realize that copies of it are being openly sold. Have a look at the trailer here.

The mini-series has been scheduled to release in February 2022 and has already garnered mixed responses from the audience. Pamela Anderson herself, had mentioned in the past that the series is only a cheap copy of what actually happened, indicating that she isn’t happy with the show or its content.

Must Read: When Martin Scorsese Wrote A Letter To Anurag Kashyap To Compliment His Dev D & Gangs Of Wasseypur