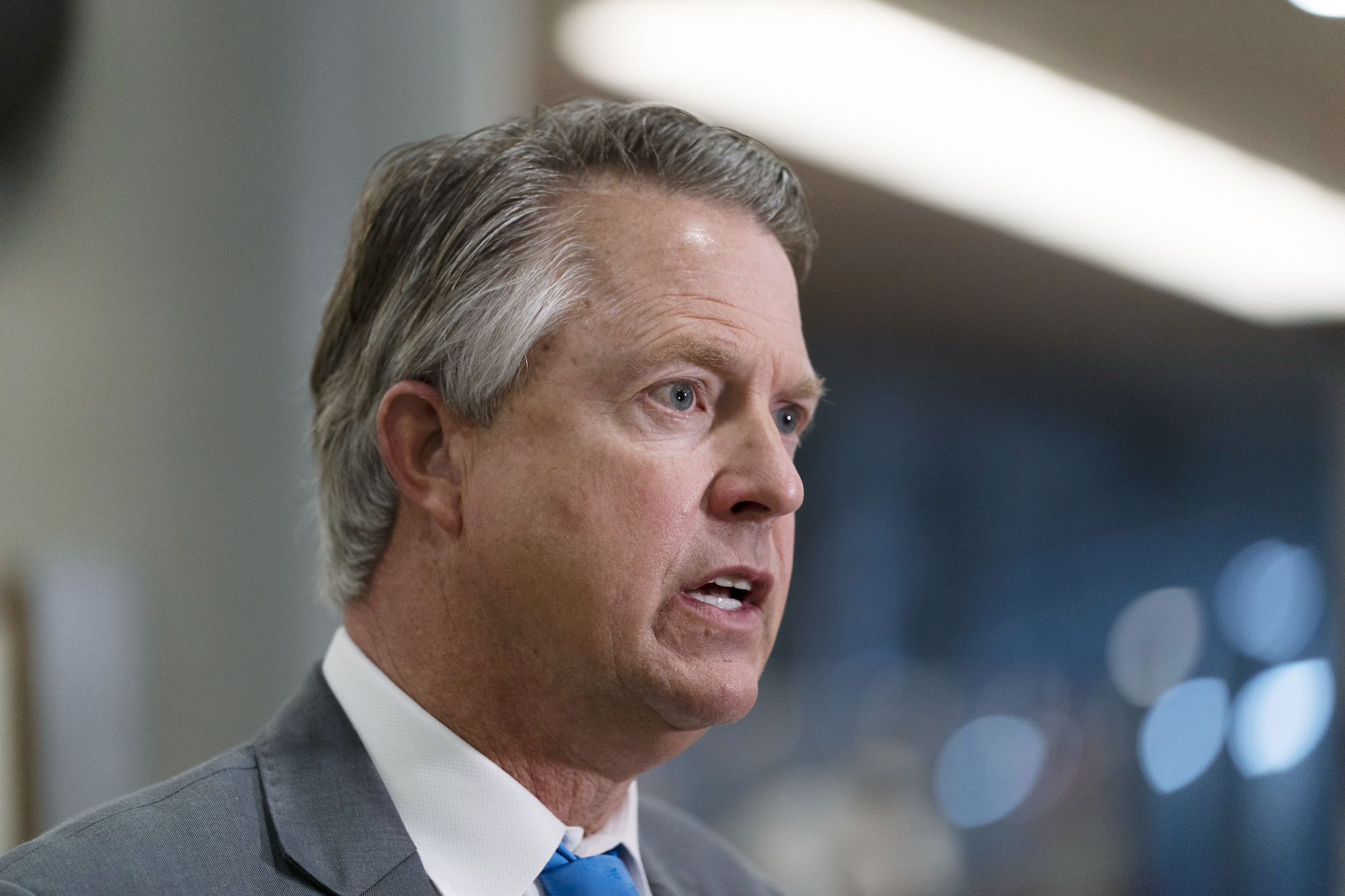 Republicans, the party that elected President Donald Trump, have recently renewed their call for President Joe Biden to submit to a cognitive exam. It’s a rich demand coming from people who supported Trump, whose already loose grip on reality seemed to slip even further into delusion as he shitposted his way into and out of the White House.

Appearing on Fox News on Sunday, Republican Sen. Roger Marshall of Kansas said that if the GOP wins control of Congress, the party will consider passing legislation requiring Biden to take a cognitive test each year he’s in office. “Before you go, you are a medical doctor … and it and it pains me to bring this up, by the way,” host Maria Bartiromo said. “But we are all watching President Biden. We’re all watching him, you know, shuffle, mince words. What do you see as a medical doctor? Is there anything you want to say in terms of perhaps considering a test once a year on mental capacity? … Is this a national security issue?”

Marshall, who practiced medicine as an OB/GYN, responded, “We will. Unfortunately, it is. I think we’re all concerned for President Biden’s mental health. If you compare today’s films from some of his films even a year ago, you’ve seen a deterioration in his mental capacity. You know, maybe we need to be proactive and ask once a year, much like we ask our president to get a physical something from his doctor that he also takes some type of a mental test.”

He continued, “I think that that may be something else that we’ll be looking on that that Rand Paul and I will be discussing — and Jim Jordan — again seeing if we think that that’s something that America deserves. I think we’re all very concerned about his health, and it is a national security issue.”

Republicans, including Trump’s former White House physician, Rep. Ronny Jackson (R-Md.), sent Biden a letter last week to “express concern with your current cognitive state,” insisting the president subject himself to a cognitive exam. While it’s true that Biden is in his late 70s and has clearly slowed down, the same could easily be said about Trump. Democrats, in the past, have also floated the idea of cognitive evaluations for the president. Rep. Jamie Raskin (D-Md.) introduced a bill in 2017 to create a commission that would be charged with evaluating a president’s physical and mental fitness when ordered by a congressional resolution, although Raskin has denied that Trump was his motivation for the bill.

Still, it’s particularly comical that Republicans are demanding more information about Biden’s fitness for office when Trump notoriously insisted on hiding crucial details about his health. His physician, Dr. Sean Conley, tried to obscure the severity of the then-president’s Covid-19 infection in 2020 while Trump was hospitalized at Walter Reed National Medical Center. Trump also attempted to hide the reason for a separate trip to Walter Reed one weekend in Nov. 2019. According to a tell-all account from former White House press secretary that was confirmed in a report from Politico, Trump traveled to the hospital to undergo a routine colonoscopy, and he refused sedation so as not to turn over power — even temporarily — to Vice President Mike Pence. And let’s not forget Trump’s physician who, during the 2016 campaign, authored a vague letter describing Trump’s health as “astonishingly excellent,” a letter that was admittedly written in five minutes while a limo sent by the candidate waited outside the doctor’s office.

Trump also frequently bragged in 2020 that he had demonstrated his “sound mental abilities” during a 10-minute Montreal Cognitive Assessment (MoCA) administered during a physical. The assessment is meant to detect mild cognitive impairment, and Trump told Fox host Chris Wallace in an interview that he was able to recall five words the doctors had told him minutes earlier. “If you get it in order, you get extra points,” Trump said. “They said nobody gets it in order. It’s actually not that easy. But for me it was easy. And that’s not an easy question.”

Trump continued, “And [the doctors] say… ‘Go back to that question, and repeat [the words]. Can you do it?’ And you go, ‘Person, woman, man, camera, TV.’ They say, ‘That’s amazing. How did you do that?’ I do it because I have, like, a good memory, because I’m cognitively there.”

The test’s creator has pointed out that passing the MoCA does not measure intelligence or skill. “It’s not meant to measure IQ or intellectual skill in anyway,” neurologist Ziad Nasreddine, who invented the test, told The Washington Post. “If someone performs well, what it means is they can be ruled out for cognitive impairment that comes with diseases like Alzheimer’s, stroke or multiple sclerosis. That’s it.”