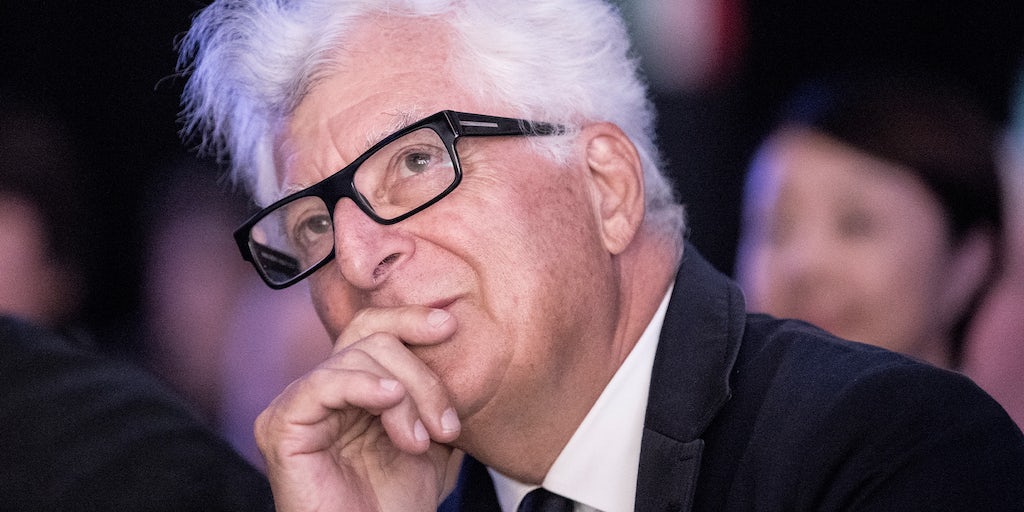 While the pandemic delayed results of a multi-year turnaround, sales have recovered rapidly this year. Now Prada is ready to put the lengthy restructuring behind it and welcome a new phase of growth.

Speaking to The Business of Fashion on the eve of the company’s first investor day in seven years, the 75 year-old executive presented ambitious new targets for growth and profitability.

Prada is aiming to grow its sales to €4.5 billion ($5.1 billion) mid-term, leaning on a renewed focus on young consumers, buzz from a star co-creative director, Raf Simons, and investments in technology to deliver growth of 12 to 15 percent per year. It’s also planning for the long-term, with sizeable spending earmarked for acquiring factories to reinforce its supply chain, and a strategic push to expand the company’s soft-power through cultural initiatives like the 200,000 square foot Fondazione Prada museum in Milan.

Bertelli also struck a more open-minded tone regarding potential deal-making in the company’s future, saying remaining independent was “not the first objective.” The executive will hand over the company to his and Miuccia Prada’s son, Lorenzo, in the next three years, Bloomberg reported.

Retail sales for the third quarter rose 18 percent over 2019′s pre-pandemic levels, the company said, accelerating from an 8 percent two-year growth rate in the first half.

“We will certainly close this year better than in 2019,” Bertelli said. The acceleration in the second half of 2021 “sheds light on what we can expect for 2022.”

But Prada still lags luxury peers like LVMH and Hermès, who have surged out of the pandemic slump with growth rates up to 40 percent, pointing to fierce competition still ahead. It remains to be seen if the company can buck the trend of big groups taking market share from independent players in the long term.

Prada’s sales first began to stagnate in 2013, hurt by an over-reliance on its hit Galleria handbag style as well as a broader move to focus on top-price leather goods instead of the more youthful, sporty styles that had defined it in the early 2000s.

We will certainly close this year better than in 2019.

Three years later, a slowdown in China’s economy coupled with a state crackdown on corrupt gifting saw sales tumble 10 percent. After that, Prada struggled to rebound even as growth came roaring back at big luxury conglomerates like Gucci and Balenciaga-owner Kering or Louis Vuitton parent LVMH.

Sales started to pick back up in 2018 after the company reintroduced its nylon accessories and Linea Rosa (Prada Sport) line — albeit at much higher price points than before. Merchandising shifted its focus from minimalist workwear staples to more directional, street-savvy pieces.

“Maybe we had been following our mature customers a bit too much,” Bertelli said. “We’re selling a lot more to younger generations now.”

Meanwhile, Bertelli also raced to catch up with rivals on social media and e-commerce, naming his son Lorenzo to helm a digital communications push, a move also designed to provide valuable management experience.

“Lorenzo has the right attitude,” Bertelli said. “He just needed to get his hands on the business.” When his son joined the company in 2018, Bertelli told reporters he would be allowed to take the reins of the company one day “if he wants to.” The young executive gave his first ever interview to BoF last year .

But the pandemic cut the brand’s turnaround short, as Prada’s sales tumbled 24 percent (in line with the broader luxury market) from €3.2 billion to €2.4 billion last year.

But that pressure eased swiftly. By the second half of 2020 retail sales were down just 6 percent from a year earlier, sparking renewed confidence in the company’s underlying appeal. Shares have nearly doubled since the company’s trading update last July.

Despite the slump, Bertelli forged ahead with plans to eliminate all markdowns in Prada’s mainline stores and reduce its exposure to discount-prone wholesalers and e-tailers.

Designer Raf Simons joined the company as co-creative director alongside Mrs. Prada in March last year — just as the coronavirus pandemic was exploding across Italy, which found itself in four months of strict lockdown.

As the human and economic cost of the pandemic spread worldwide, stores shuttered and fashion weeks moved online, where few brands managed to make a memorable impression.

The brand’s first shows with Simons in place were an exception: his debut collection, captured by a panopticon of dozens of robotic cameras, captivated fashion audiences who were eagerly waiting to see what the two star designers would come up with, online or off.

In recent months, e-commerce sales have continued to accelerate even as stores reopened after coronavirus shutdowns. In the third quarter of this year they were five times higher than in 2019 (up 400 percent year-on-year). The company expects them to account for 15 percent of sales mid-term.

Continuing to ratchet up digital will be a big part of Prada’s growth, Bertelli said. The brand plans to invest another €150 million over the next three years to upgrade its tech infrastructure, including spending to better manage and leverage customer data and more efficiently manage inventory and supply chain.

Alongside “judicious” price increases and recruiting new clients, investments in omnichannel services and clienteling technology for stores and sales associates are hoped to boost retail productivity 30 to 40 percent mid-term, Prada said. That would mean the company can hit its targets for rapid growth without the expensive task of expanding its store footprint.

Prada is also investing heavily in its supply chain, an area where most Italian luxury brands have lagged behind French labels like Chanel and Hermès, as the country’s fashion system depends on a web of thousands of external suppliers.

That’s made it harder to respond to pressure to accelerate progress on sustainability, as well as to navigate a generational shift as many of the operators of luxury suppliers reach retirement age.

Prada inaugurated a 350,000 square foot manufacturing headquarters in Tuscany in 2019 and spent more than €80 million on supply chain acquisitions and investments over the past two years. It’s earmarked another €70 million for 2022.

“Who’s going to manufacture our products for the next 20 years’ time? We need to equip,” Bertelli said.

As for Prada’s own succession, while Bertelli has frequently maintained that he and Mrs. Prada have no interest in selling, he did strike a more open-minded tone regarding the potential for deal-making in the company’s future.

Remaining independent “is not the first objective we would have in mind,” he said. “Eventually you can own a smaller slice of a bigger cake.”

But opportunities to consolidate are few: he’s more interested in acquiring factories than other brands, he says. Chanel and Cartier-owner Richemont, too, are “focused on organic growth,” he said.

Asked about a reported meeting with Kering’s chairman François-Henri Pinault in late 2019, Bertelli was coy. “It’s normal to meet people working in the same industry as you… It’s not that every time you meet it means you’re going to merge,” he said.

While there is plenty of consolidation taking place in the Italian fashion sector at the moment — Moncler nabbed rival Italian parka-maker Stone Island and Exor, the Agnelli family fund that controls Ferrari, acquired Shang Xia and a stake in Christian Louboutin — Bertelli contends that it’s “too late” for an Italian luxury group to emerge.

Regarding the brand’s design, Bertelli sees strength in continuity. Mrs. Prada, the company’s 72 year old co-CEO and co-creative director, will “continue to work for as long as she wants,” he said. While Simons’ appointment as co-creative director led to speculation the star designer might be preparing to step back, the relationship between the pair “is strengthening day in and day out in a very natural way.”

Editor’s Note: This article was updated on 18th November 2021 to include additional information.

Why Prada’s Next Move in China Is Critical

Is Prada Ready to Take Off?

Prada’s Turnaround Is Under Pressure