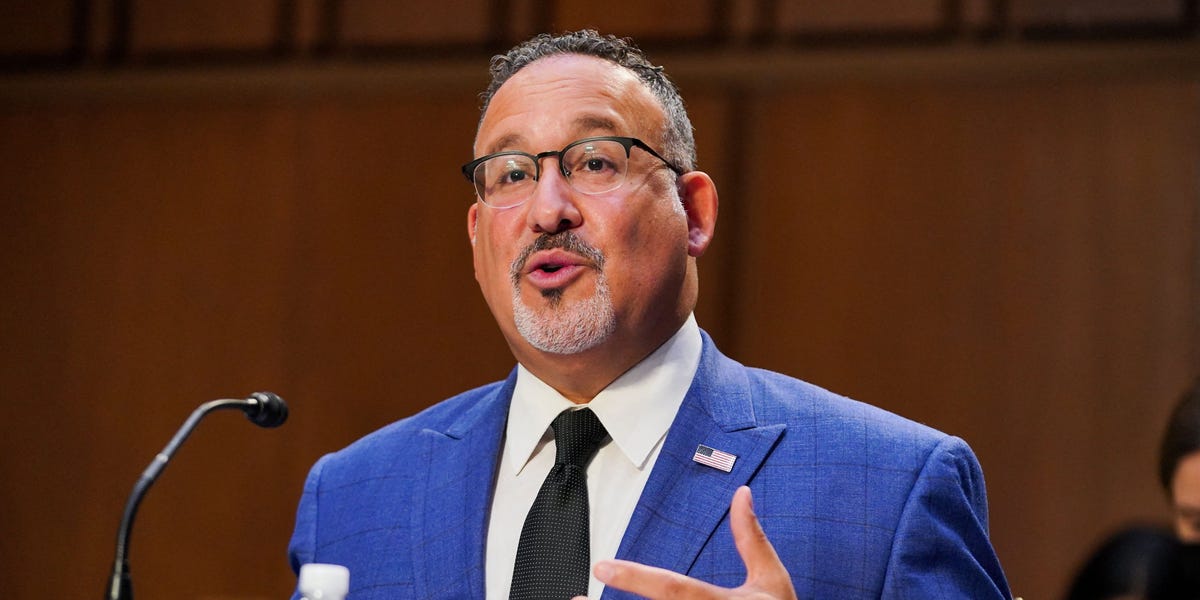 Education Secretary Miguel Cardona offered a stark reality check for hopeful student loan borrowers this week: Payments are coming back and borrowers should be ready to make them.

“At some point, people are going to have to start paying what they can afford to pay,” Cardona told MSNBC’s Symone D. Sanders in an exclusive interview slated to air this week.

Federal student loan payments and accruing interest have been on pause for more than two years due to the ongoing COVID-19 pandemic. First implemented by former President Donald Trump in March 2020, the reprieve has been extended several times since. And in April, President Joe Biden extended the pause one more time, telling borrowers that they should prepare to resume payments come September.

Cardona’s comments are similar to those of former Press Secretary Jen Psaki, who said in April that she expects student-loan borrowers will have to pay off their debt “at some time” during the Biden administration.

Meanwhile, lawmakers and advocates are continuing to urge the administration to consider broad student loan forgiveness, with progressives pushing for $50,000 per borrower — an amount the president himself has said he is not considering. But according to a recent report from Politico, leading lawmakers pushing for student-loan forgiveness —Sens. Elizabeth Warren, Chuck Schumer, and Raphael Warnock — want Biden to hold off on issuing an executive order until they have a chance to meet with him one last time and urge him to go big on relief.

Cardona dodged specific questions about the status of the president’s campaign promise to forgive $10,000 per borrower, telling Sanders that the issue is “pretty complex.”

“As I said before, those conversations are ongoing. You heard the president a couple weeks ago mention that something should be coming soon, that he is having conversations with the Department of Education and DOJ on this,” Cardona said.

Earlier this month, the White House indicated Biden is considering linking student-loan forgiveness to income and capping forgiveness for borrowers earning less than $125,000 to $150,000, or $250,000 to $300,000 for couples who file joint tax returns. But former Press Secretary Jen Psaki later said during a press briefing that those caps are “not related to necessarily” the final policy Biden will implement, and Politico also reported that income thresholds will be difficult because the Education Department alone does not have the data to carry that out.

Cardona highlighted additional steps Biden’s administration has already taken to alleviate the national student loan debt, which clocks in at over $1.7 trillion, including forgiving $18 billion of debt for more than 725,000 borrowers with disabilities and those defrauded by for-profit schools. Cardona has also started conducting reviews of student loan forgiveness programs that don’t work as they should.

“I can assure you the work that we’ve done since day one under this administration has put the borrowers first, has forgiven loans where possible, but has also made a process a lot easier for our borrowers to manage,” he told Sanders.

Republican lawmakers have been increasingly vocal in criticizing broad student-loan relief, arguing it will benefit the wealthiest earners while exacerbating inflation. But as 45 million Americans continue to wait for broad student loan relief, Cardona said he knows his work isn’t yet finished.

“And as I said before, we’re about a year and a few months in. We’re not — we’re not done, but that doesn’t mean that we haven’t stopped looking for ways to protect our borrowers and provide some loan debt relief.”