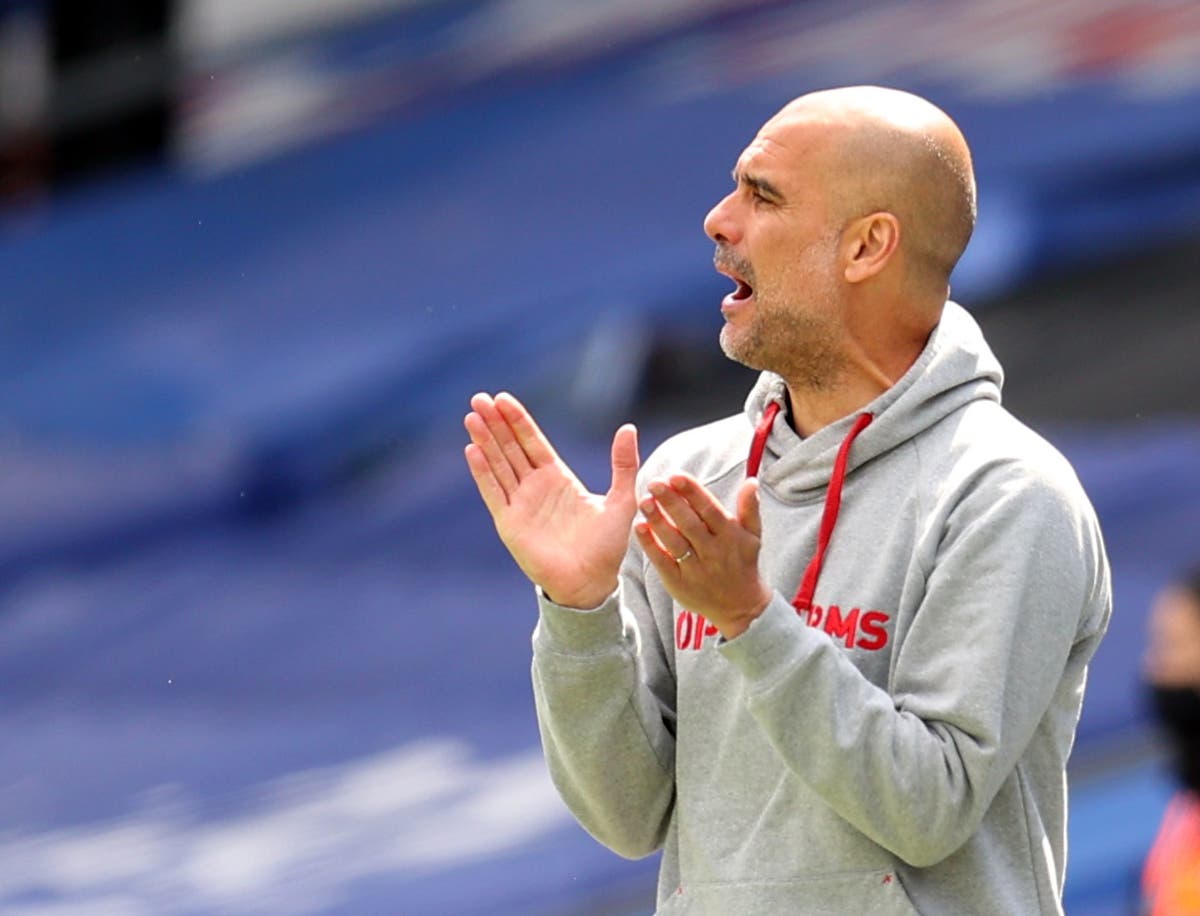 Pep Guardiola says he is calmer than ever before at this stage of the Champions League, as his Manchester City side attempt to knock out Paris Saint-Germain and reach the final for the first time under his management.

Guardiola’s two European Cups both came when in charge of Barcelona and he has now approaching a decade without one. He suffered semi-final heartache in three successive seasons at Bayern Munich, but now stands on the verge of reaching the final after City earned a 2-1 victory away in Paris last week.

Asked what worries him most about meeting PSG on Tuesday night, Guardiola said: “A few things – a lot of things optimistic about. When I arrive in these stages I’m more calm than before, try to enjoy it, players training well, everyone wants to play and we go out to do our game. the second leg of semi-final is always the toughest game, more than the final, we control our emotions, doing what we have to do. This is what I’m looking for and try to convince them this is the best way to win.

“Every semi-final was different, the first two (2014, 2015) we didn’t deserve it, third (2016) we were so close. Every club every year is completely different. We arrive in a good moment. I said to the guys, don’t think much to win this game. Like we have done many times this season. We start with a small advantage. We play to win the game.”

Kylian Mbappe is an injury concern for Mauricio Pochettino ahead of the game but Guardiola has no doubt the French striker will play at the Etihad, and that he and his partner in crime Neymar will be the ones to stop once more.

“I’m looking forward to [playing against Mbappe],” Guardiola said. “He’s going to play. I’m looking forward to him playing. For the football, for the game itself, hopefully he can play. They played really well, in the first half was exceptional. Mbappe dangerous, in the second half we were better. They judged Mbappe and Neymar because they lost, if they won they play good. I think they played good. What’s the best way for them to not play good? That’s what we try to do tomorrow.”

Guardiola confirmed he has no new injury worries, with defender Eric Garcia still suffering a fever and unavailable.