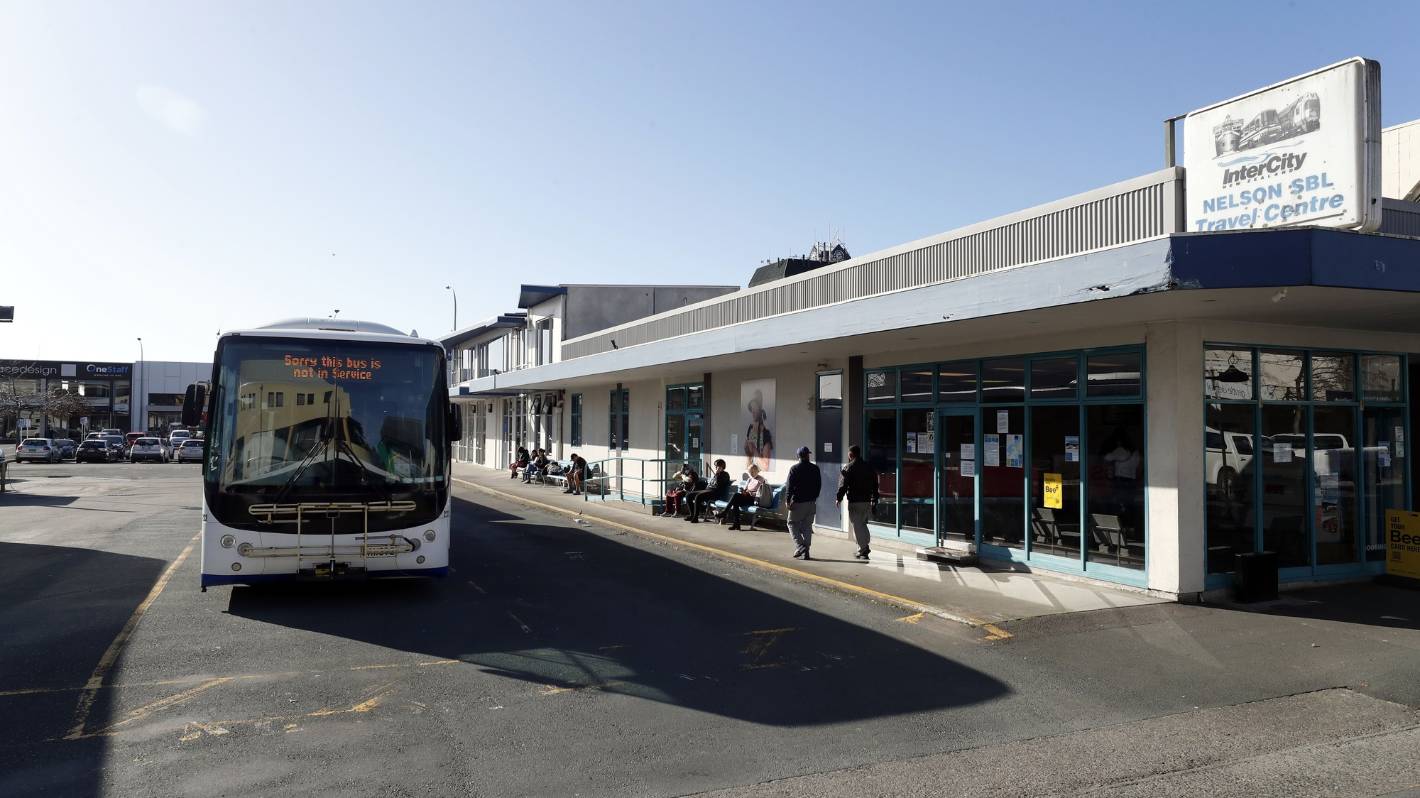 Nelson City Council has purchased the bus depot on Bridge St with a view to turning it into a playground or housing.

The council has purchased the Nelson Bus Station with the site being earmarked for either a playground or housing.

The bus depot on Bridge St was purchased by the council for $2,925,000, a price the council said was determined by market value, with the ownership date taking effect next July.

Buses will still run from the depot site until an alternative is found.

In a statement from the Nelson City Council strategic property and development subcommittee chairwoman councillor Gaile Noonan said it was the ideal time to make the purchase as it fit with so many of the council’s goals for the city centre.

“When it comes to creating a city where people come first, that spot on Bridge Street is prime Nelson real estate. What we build there is still to be decided, but a city centre playground is the lead option.”

The council said the site could also be used for central city housing. Options included on-selling the site to a housing provider, partnering with others, or packaging it with design and consents already approved.

While the land was not large enough for both housing and a playground, it could accommodate a smaller park or open space as well as housing, the council said.

Elected members agreed to the proposal to purchase the site from SBL Group in May. Following a period of due diligence, the sale and purchase agreement had become unconditional, the council statement said.

It said the site was well-placed for the people who would move into Kāinga Ora’s proposed new affordable and social housing in Wakatū Square should it go ahead, and families walking and cycling through the Bridge Street Active Transport Corridor.

A linear park proposed for Nelson’s city centre, along Bridge St from Rutherford St to Queens Gardens, made it to the final negotiations stage of the Government’s Infrastructure Acceleration Fund in May, with just the dollar amount and due diligence left to be determined.

“If there’s one action that encapsulates the ethos of the plan, it’s the linear park proposal for Bridge St – an idea that combines urban greening, room for safe access to sustainable transport, a front-yard for new city centre residents, and an innovative space for people to socialise and relax.”