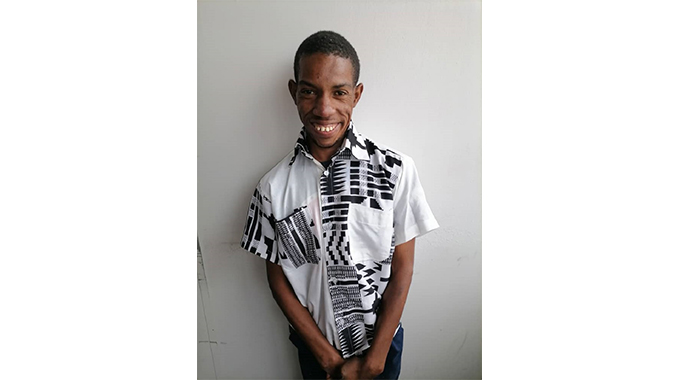 NKOSILATHI Ndebele, a person living with a disability has creativity woven a collection of poems that aim at encouraging other people that disability does not imply capability.

The book that is set for launch on Friday is titled Psalms of my soul.

The 28-year-old says it took him years to write the 42-page poetry book because he struggles with typing.

The former King George VI learner says he also authored the book to demonstrate that people with impairments are just as capable and have the same potential as persons without disabilities.

“I wrote the novel to inspire other people with disabilities that if I did it, they can also do it. I want them to read the poems and be inspired that they can do anything as long as they aim for it. I want my book launch to be a cry to the world that living with a disability does not mean that we are unable to do things that able-bodied people can do. We are also part of the community and we need to be recognized.

“It took me some years to write the book because I needed assistance from other people. I got assistance to type the poems. I studied my primary and secondary education at King George VI. I later proceeded to Jairos Jiri Association to study Secretarial studies but I could not proceed to the final level because I faced financial challenges. I looked for assistance from donors but I could get any,” he said.

His debut book will be launched at Lighthouse Ministry on 6th Avenue in Bulawayo.