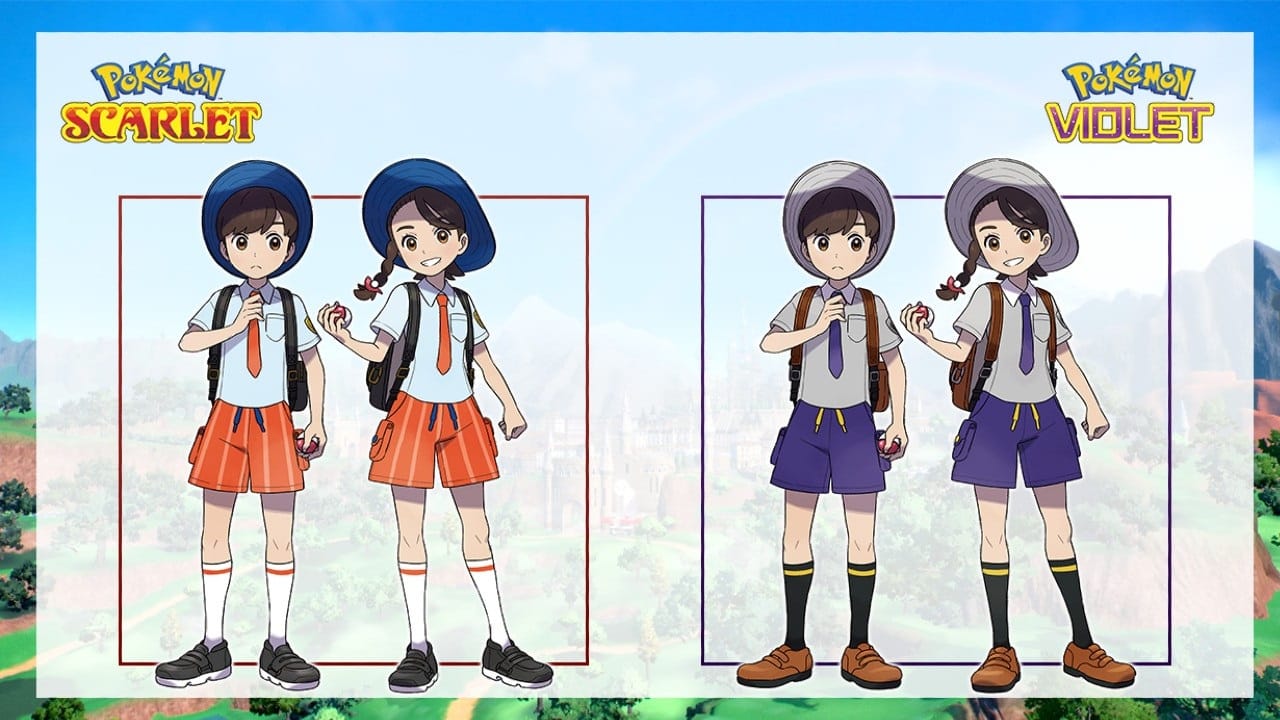 It’s that time again, kids. Time to dust off your Pokemon cards, grab your Game Boy and prepare for a new Pokemon game.

We should point out that, sadly, Scarlet & Violet are not coming to the Game Boy. So you can put that away for now. However, it is coming to the Switch, and you’ve already got one of those, haven’t you? Well, if not it’s time to look into getting one as the next Generation of Pokemon is rapidly approaching. We’ve had starters revealed, gameplay features shown and new features were shown off. So join us, as we look at all the new things coming to Pokemon Scarlet & Violet.

Pokemon Scarlet and Violet are scheduled for release on November 18, 2022. That’s not too surprising, since Pokemon games usually come out in October/November. Nintendo will once again release both games exclusively on the Nintendo Switch consoles. Sorry, PC gamers, no Pokemon game just yet.

First up we have our reveal trailer. Not a huge amount of information features in this trailer, however, a little digging did reveal some info.

The second trailer gave us the most information yet. Giving info on the region, gameplay, and the Pokemon.

Does Pokemon Scarlet & Violet have co-op?

In addition to trading and battling multiplayer, Pokémon Scarlet and Violet will include a four-player co-op mode. With the game’s more open design, this move seems natural. We also saw in the second trailer four players together, though we know little as to how it will work. Multiplayer has always been a key part of Pokemon. Either trading Pokemon with your friends or doing battle. We’ve even seen co-op battles become a key feature in the most recent titles. However, co-op would be a huge new step for Pokemon, so we’re looking forward to seeing what it brings.

Pokemon Scarlet & Violet will feature the normal three starters. Those are, Sprigatito, Fuecoco, and Quaxly. You can see the official Nintendo image for the three above. We don’t know how each will evolve just yet, however, a handful of rumors on Reddit and 4chan have hinted that we could see each of the starters gain a second elemental type in their final form.

Where are Pokemon Scarlet & Violet set

In gen 9 we’ll be heading to the Paldea Region. Based on the trailers, it seems fair to say it’s based off of Portuguese and Spanish architecture. Even based on this early look, we can see how large the region is. With the game moving to an open-world style, it makes a lot of sense. Here’s what Pokemon’s official site had to say about the region:

“You can find lots of people and Pokémon living together in a variety of locations, ranging from a farming village with bountiful harvests to a port town with a bustling marketplace. There are also Pokémon living in treetops, rivers, and all sorts of other locations in the wilderness—and they’re all just waiting to meet you.”

We had our first taste of an open-world Pokemon with the recent Legends Arceus. Gen 9 will, however, bring the open world to the main line Pokemon series. Obviously, we got a taste of that in Sword & Shield, however, it was bridged between loading screens and fast travel points. For Scarlet & Violet, we’ll travel the world via our Pokemon, similar to what we saw in Breath of the Wild.

The protagonists of Scarlet and Violet are the only significant differences between them. For the first time in the mainline series, both games offer multiple playable characters, depending on your choice of game. They have a lot of similarities, Violet’s protagonist wears purple and white, while Scarlet’s wears red and blue.

For now, we don’t have any information on the differences with Pokemon. Though, it’s safe to assume there will be a handful of exclusive Pokemon split between the two titles. So make sure to grab your link cable and trade with a friend.