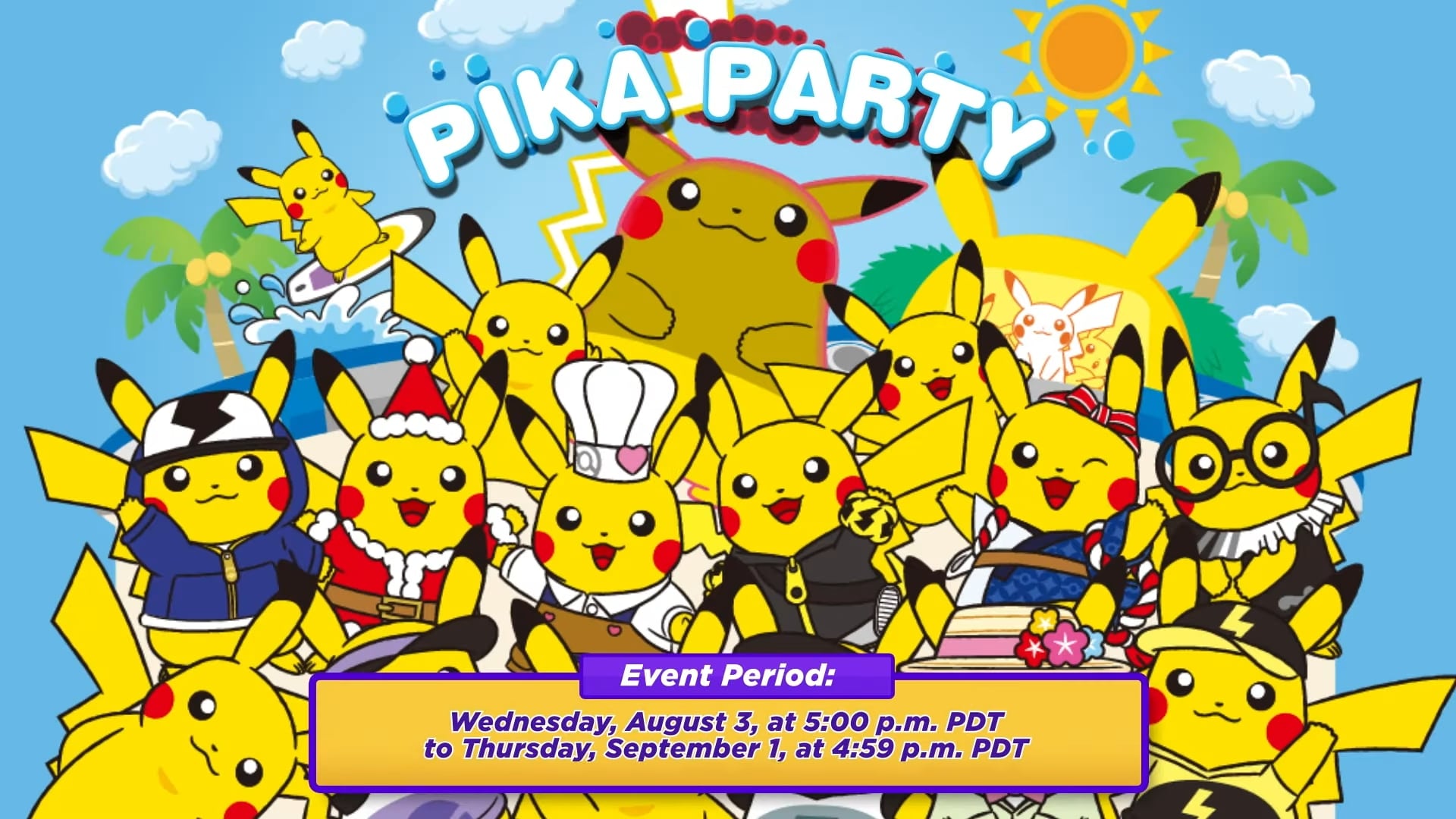 The Pika Party game mode launched on Pokemon Unite as part of the celebration of the Pokemon Presents, which forces all players to play Pikachu in a game mode where all the wild Pokemon are Pikachu as well. Here’s how it works, and how long it’ll stick around for.

Introduced after the latest Pokemon Presents, it pretty much lives up to the title — there’s a lot of Pikachus just having a party.

Here is everything players need to know for the game mode, including all the buffs descriptions alongside analysis of available variants of Pikachu.

Pika Party is available in Pokemon Unite from August 3 at 5:00 pm PDT to September 1, at 4:59 pm PDT. As of now, there don’t seem to be any missions or event rewards for the game mode — but this may change once the Boss Battle Anniversary event ends in three days.

As of August 3, there are no rewards from playing the Pika Party game mode outside of accomplishing the generic missions.

There are four variants of Wild Pokemon in the Pika Party game mode, excluding the Gigamax Pikachu. Gigamax Pikachu is just a glorified Zapdos, opening up all goals when taken down. The four Pikachu variants all differ in move sets alongside rewards upon take downs.

There are four Pikachu Variants

The normal looking Pikachu is easily the worst of the bunch — providing no buffs and only using a pitiful ranged thunder bolt to attack. Think of this one to farm for early levels.

Meanwhile, the surfing Pikachu uses Surf. What a surprise. As for the other two, the black hat uses tail whip to knock players back, while the green hat creates a thunder shock around it.

Pikachu is typically a very squishy pokemon. But for Pika Party, the mode gives all players a base stat increase, providing more health and defensive stats.

In addition, each outfit wearing Pikachu grants the player a buff — only one buff can be applied at once. Therefore, killing a different clothed Pikachu simply overwrites the previous buff.

The surfing Pikachu grants increased movement speed and hindrance resistance for a short period of time. This particular Pikachu is placed in the center of the map, making it useful for rotating.

The best Pikachu buff comes from the black cap wearing one, which grants Basic attacks thunderbolt, which decrease opposing Pokemon hit movements peed and attack speed. This is placed in the middle of the lane, making it the most contested game deciding pokemon — excluding Giga Max Pikachu.

As for the last buff, it comes from the green cap Pikachu, providing a shield which nullifies a portion of damage periodically.