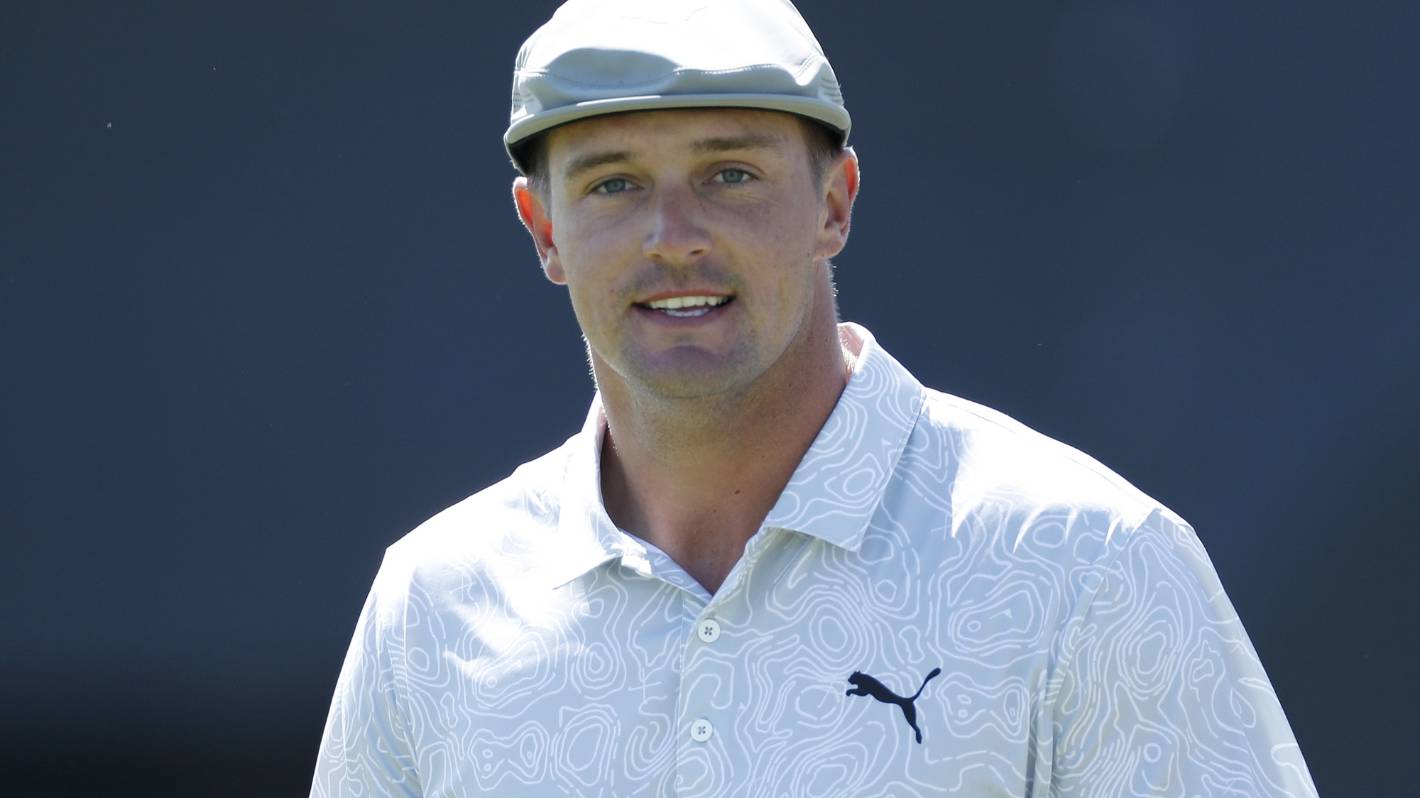 Six feet and change stood between Bryson DeChambeau and golf’s hallowed score of 59 on the final hole Friday afternoon at the BMW Championship. He had made all 16 previous putts from that distance in the second round, so reaching the magic number felt like a mere formality.

Then, stunningly, DeChambeau missed. His bid to shoot the PGA Tour’s 13th round of 59 or lower ended with a putt that came tantalising close to grazing the left edge before settling an inch and a half beyond the cup, leaving DeChambeau with among the most disheartening tap-ins of his career.

“I thought I hit it on the line,” DeChambeau said, according to a transcript provided by the PGA Tour. “Just misread it. We played it 2½, three inches out, and it clearly didn’t break that much, but I had good speed on it, and I’ll go look afterwards and see if I pulled it or not and work on ways to mitigate that.”

After posting a 12-under-par 60 during the second leg of the FedEx Cup playoffs at generous Caves Valley Golf Club, DeChambeau spoke only to PGA Tour partners and officials, walking briskly past an interview area comprising print media and local television stations.

The low round of DeChambeau’s career nonetheless elevated one of the most skilled and polarising figures in the sport into first place at 16 under before severe weather suspended play late in the afternoon for nearly two hours.

Patrick Cantlay ended one stroke back courtesy of a round of 9 under for a 36-hole total of 15-under 129. Jon Rahm also was at 15 under through 14 holes when darkness suspended play. Sungjae Im and Sergio Garcia shared fourth place at 12 under.

“People don’t realise how good a putter he really is,” Harris English, who played in DeChambeau’s group, said of the PGA Tour’s leader in driving distance (294.1 metres). “He’s got a system that he works on. I don’t really know exactly what it is, but he’s a great putter.”

DeChambeau’s blistering round saw him hit 16 of 18 greens and attempt 25 putts covering 34.2 metres. Over the first two rounds, DeChambeau ranks fourth in the field of 70 in strokes gained putting (4.355).

After Sunday’s final round, the top 30 in the FedEx Cup standings advance to the Tour Championship at East Lake in Atlanta for the final tournament of the playoffs.

“A lot of putts went in,” DeChambeau said. “A lot of things went right. We got a lot of great numbers out of the rough today, and I played my butt off and never thought too much about anything until the last few holes, and I striped a 9-iron on 17, striped a drive, striped a wedge on 18 and just wasn’t able to clutch those putts up.”

DeChambeau narrowly missed a birdie putt at the par-3 17th, but an approach one hole earlier underscored his unmatched power and put 59 within realistic striking distance.

The powerfully built American sent a 318 metre drive into the right rough, leaving some 230 metres to the green at the par-5 16th. After a brief discussion with his caddie, DeChambeau muscled a long iron through the unforgiving fescue, landing the ball on the back slope of the green.

The ball stopped at the fringe and rolled back down the slope, settling inside 8cm. DeChambeau’s putt disappeared into the cup for his second eagle of the round. His first had come at the par-5 fourth during a stretch in which he shot 5 under over the first five holes.

DeChambeau played the four par-5s at 6 under during the second round after shooting 2 under on those holes Friday.

“I played with Bryson the first two rounds when he won at Bay Hill, and when he’s driving it that straight, it’s got to be what it was like in the early 2000s with Tiger [Woods] just hitting it the furthest and straightest,” said Jordan Spieth, who also played in the group with DeChambeau at the BMW Championship.

Spieth and English both indicated after the round that they noticed the galleries expanding on the back nine when word began circulating that DeChambeau was threatening to shoot 59. Unlike in past tournaments, they were hearing shouts of support rather than booing.

DeChambeau has been the target of fan vitriol throughout this season, including at the British Open and US Open, where he had security accompanying him around Torrey Pines amid a feud with Brooks Koepka that gained traction on social media.

Then fuelling DeChambeau’s enigmatic profile were comments he made about the coronavirus vaccine after he tested positive July 23, preventing the 2020 US Open champion from competing in the Summer Olympics last month in Tokyo, where American Xander Schauffele won the gold medal.

DeChambeau, who has declined to get vaccinated during a pandemic that has claimed the lives of more than 634,000 in the United States, according to Washington Post data, told reporters at the WGC-St. Jude Invitational in Memphis this month he “tried to take all the necessary precautions to not contract it.”

“It seemed like everybody was pulling for him,” English said of fans following the group Friday in anticipation of a historic finish from DeChambeau. “You’d hear random negative comments, but it was nice to see a bunch of positive energy out there, and he obviously feeds off that.”