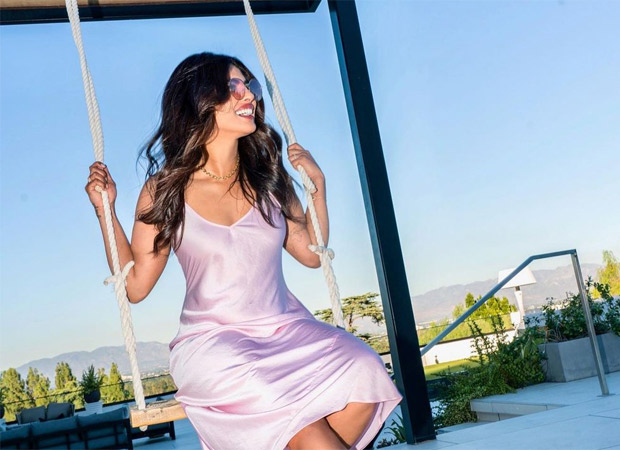 Actress Priyanka Chopra has shared a glimpse of her New Year’s attitude as she prepares to usher in the year 2022. Priyanka shared a photo of herself smiling on a swing on Instagram.

The photo also shows a glimpse of her Los Angeles home’s breathtaking beauty. Priyanka Chopra wore a peach pink satin dress with matching sandals, loose waves, and sunglasses in the photo. She can be seen enjoying some swing time in her home’s backyard space. “Ready to swing into 2022 (peace emoji),” Priyanka captioned the shot.

Last week, Priyanka and Nick Jonas celebrated Christmas in Los Angeles, with the singer sharing a glimpse of their celebrations. Nick posted a photo of Priyanka sitting on his lap while he kissed her cheek. They’re surrounded by their pets, and the scene is set against a massive Christmas tree with gifts.

Priyanka also has many projects in the works, including Jim Strouse’s Text For You and Joe and Anthony Russo’s drama series Citadel. She will also star alongside Alia Bhatt and Katrina Kaif in Farhan Akhtar’s Jee Le Zaraa.

Also Read: Priyanka Chopra Jonas has an 8-10 minute appearance in The Matrix Resurrections