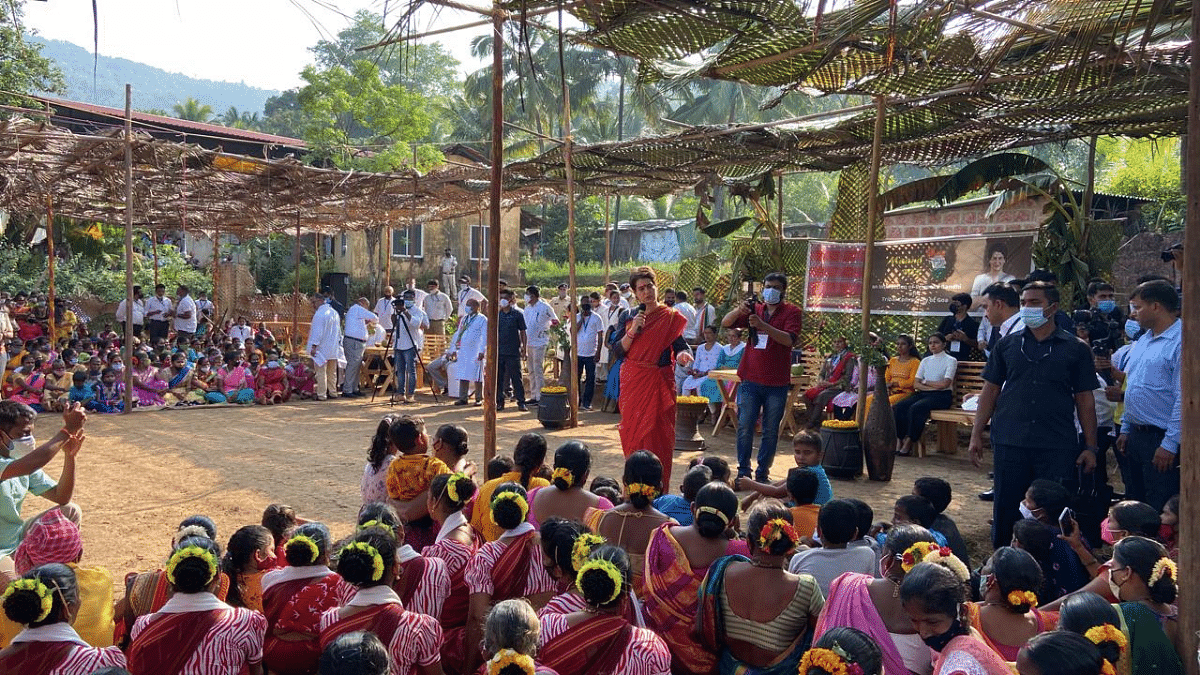 
Panaji: Congress General Secretary Priyanka Gandhi Vadra on Friday promised 30% reservation in jobs for women if her party is voted to power in the upcoming assembly polls in Goa and asked people to be aware of new parties coming into the state from “outside” in an apparent dig at the AAP.

She criticised the Aam Aadmi Party (AAP), which is seeking to play a major role in Goa’s electoral politics, holding it responsible for the air pollution in the national capital where the Arvind Kejriwal-led outfit is in power.

Priyanka Gandhi, during her day-long tour to the coastal state, visited Morpirla village in the Quepem assembly segment where she interacted with tribal women. The Congress leader also joined the tribal women in performing their traditional dance.

When you go to vote this time, first of all think about yourself, your state and your family. Vote for the party that will solve your issues, she said in a brief address to the gathering.

Many parties will come from outside. These days new parties are coming, she stated.

The Congress leader asked people to check before voting what these respective parties have done in states where they are in power.

Have they done development? I am from Delhi, the AAP is from Delhi. There is so much pollution in Delhi that you can’t even breathe, she said.

It is only the Congress party that will work for you, Priyanka Gandhi added.

The Congress, when voted to power in the state, will reserve 30% of the jobs only for women, she said.

The Congress leader said a balance should be maintained between development and environmental protection.

She also assured to solve issues like water scarcity and unemployment in Goa, where assembly polls are due in early 2022.

Also read: ‘Anti-Hindu’ & ‘vote-cutter’ — why TMC’s foray into Goa is getting tougher