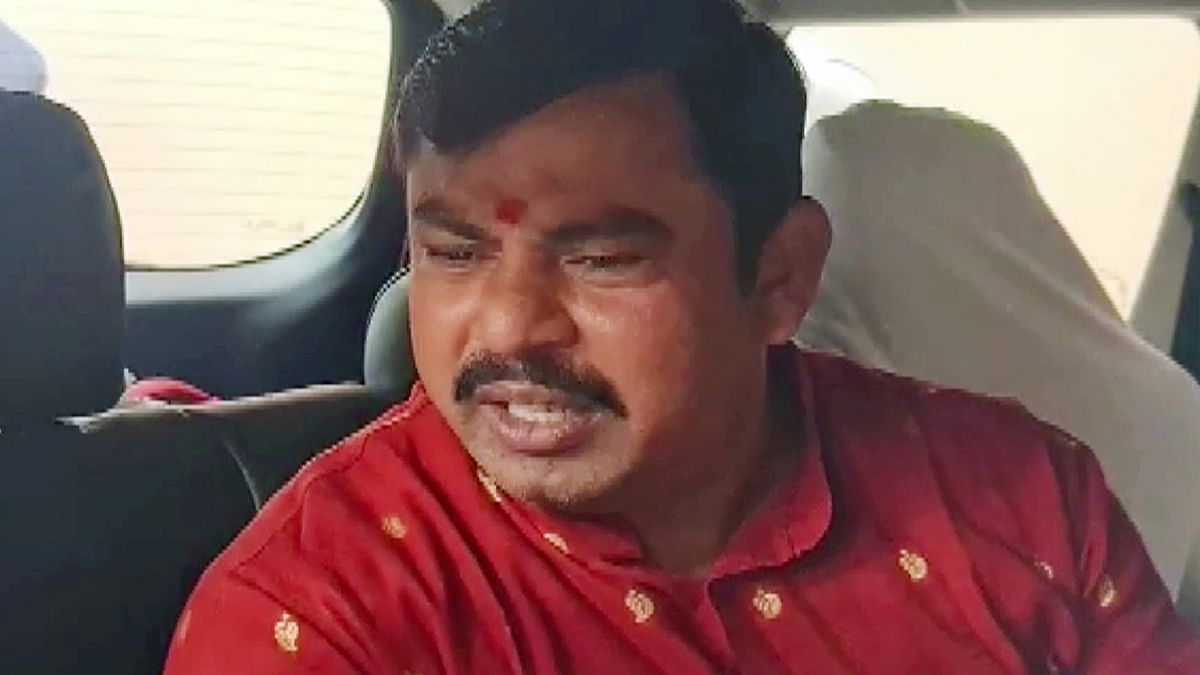 Hyderabad: From referring to old Hyderabad — which has a significant population of Muslims — as “mini Pakistan”, to calling Rohingya Muslims “terrorists” who should be shot, to giving a call to burn down theatres that were screening the movie ‘Padmaavat’ in 2018, Thakur Raja Nawal Singh Lodh has been in the eye of many a political storm.

The BJP Tuesday suspended Singh, an MLA from Telangana, soon after his arrest in Hyderabad over alleged anti-Muslim remarks and statements against the Prophet Muhammad.

The comments were made in the backdrop of comedian Munawar Faruqui’s show held in the city on 20 August. Raja Singh had opposed the event and even threatened to burn down the venue, accusing Faruqui of insulting Hindu gods during his shows.

The MLA’s suspension letter from the BJP came hours after he was arrested on the basis of at least two FIRs lodged against him.

“I’ll go to any extent to protect my community. I’m even ready to die. I’ll upload part two of the video,” Singh said Tuesday as he was being taken away by the police. Protests broke out in older parts of the city soon after.

An MLA from Goshamahal in the communally-sensitive old city of Hyderabad, Raja Singh is no stranger to controversies.

Referred to as Tiger Raja Singh, the legislator has projected himself as a protector of ‘Hindu dharma’. In his 2018 election affidavit, he declared that he has 43 criminal cases against him — twice the number he had in 2014.

Also Read: To the right of Yogi, there’s only an abyss. Modi should rein in BJP’s bigots

So known is Raja Singh for his communally incendiary speeches, that in 2019, he earned himself a place in Mangalhat police station’s list of “rowdy sheeters”.

Before he joined the BJP in 2013, Raja Singh was part of Chandrababu Naidu’s Telugu Desam Party in undivided Andhra Pradesh.

In 2015, Singh was detained by Hyderabad police after he held protests against a proposed beef festival at the city’s Osmania University.

Despite his frequent brushes with controversy, Raja Singh retains his popularity. During the 2018 assembly elections, when Prime Minister Narendra Modi addressed a public meeting in the city and introduced all of BJP’s contesting candidates, Raja Singh received one of the loudest cheers.

Uttar Pradesh Chief Minister Yogi Adityanath was among those who campaigned for him during the elections.

Singh sparked another row in February this year — around the time as the assembly elections in Uttar Pradesh. In a video that went viral, he said Adityanath had readied bulldozers to take action against those who didn’t vote for BJP — words that prompted the Election Commission of India to send him a notice.

One of the biggest controversies Singh has courted so far involved global tech giant, Facebook. In 2020, Facebook, now called Meta, banned him for violating its policy on hate speech.

The move followed a Wall Street Journal report that said Facebook’s top public policy executives in India cited government-business relations for not having applied their own rules on hate speech on at least four individuals and groups linked to the BJP.

One of the speeches cited in the report was Singh’s alleged call for violence against minorities.

Singh, on his part, countered by saying he had left Facebook in 2019 and therefore could not have been banned.

In 2018, he claimed he and his volunteers were willing to not only lay down their lives but even take lives to protect cows. The same year, he announced he was resigning from the BJP to “focus on gau raksha”. At that time, he accused the party of not providing enough support for his cause. The BJP, however, refused to accept his resignation.

Also Read: ‘Don’t want to get into new controversy after Nupur Sharma’ — Why BJP is quiet on Rushdie attack