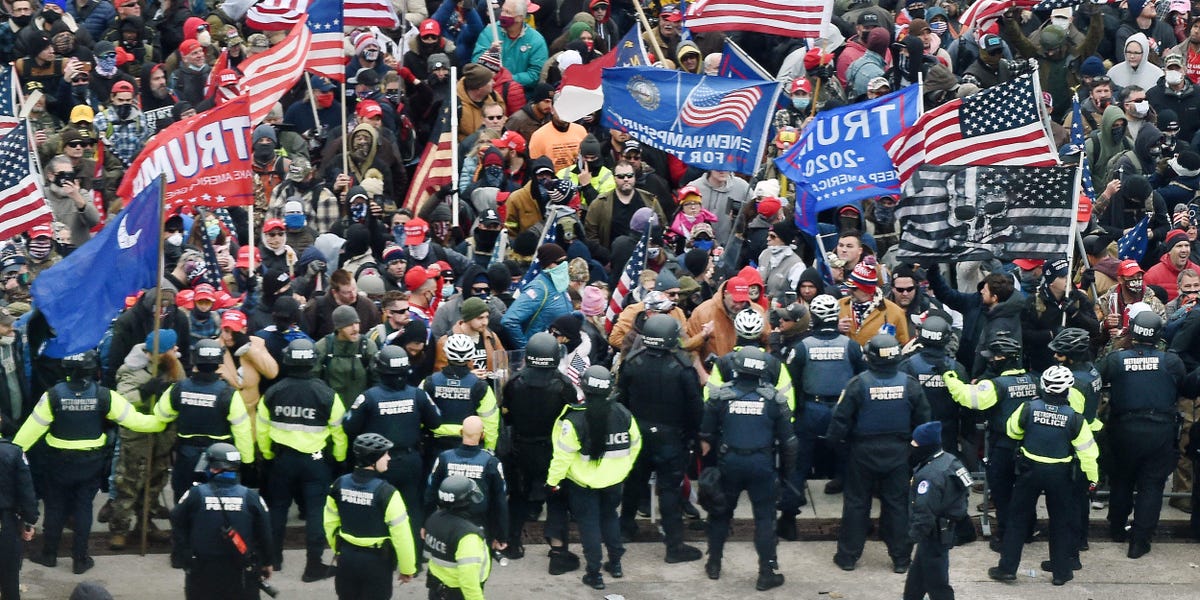 A Proud Boy who stormed the US Capitol on January 6, 2021 was sentenced to more than four-and-a-half years in prison on Monday after telling a judge that he still believed the 2020 presidential election was “stolen.”

Joshua Pruitt, 40, pleaded guilty in June to one felony obstruction charge for his role in the insurrection. He initially faced eight counts stemming from the attack, including civil disorder, destruction of government property, and acts of physical violence in a Capitol building. But as the government works to prosecute the more than 890 people arrested in connection with the attack, federal prosecutors have offered some rioters lesser charges in exchange for their guilty pleas.

Prosecutors had asked a judge to sentence Pruitt to five years in prison, but the judge ultimately gave him 55 months, as well as three years of supervised probation and a $2,000 restitution fine.

In plea papers from earlier this year, Pruitt acknowledged that he nearly came face-to-face with then-Senate Minority Leader Chuck Schumer amid the chaos of the siege. After admitting to throwing a chair toward police officers inside the Capitol, Pruitt said he came across Schumer’s security detail waiting for an elevator as they attempted to move the lawmaker to safety.

Last year, Pruitt told CNN that he became affiliated with the Proud Boys, a far-right extremist group whose members were out in droves during the Capitol riot, at a pro-Trump MAGA march in November of 2020. Pruitt told the outlet he found himself fighting with a group of anti-Trump protesters at the rally, when suddenly he was surrounded by a group of Proud Boys providing him backup.

Video of him being initiated into the group by leader Enrique Tarrio later went viral. But Pruitt told CNN earlier this year that he no longer associates with members of the extremist group.

In court on Monday, Pruitt apologized for his role in the siege, but said he still maintains that former President Donald Trump actually won the election, according to NBC News.

An attorney for Pruitt told Insider that his client was grateful the judge did not impose prosecutors’ recommended sentence.

“However, he is disappointed with the 55 month sentence. We believe that it is particularly harsh for an individual who did not physically assault or use any weapons against law enforcement during the events at the Capital on January 6,” lawyer Robert Jenkins said in a statement. “He looks forward to putting the episode behind him.”