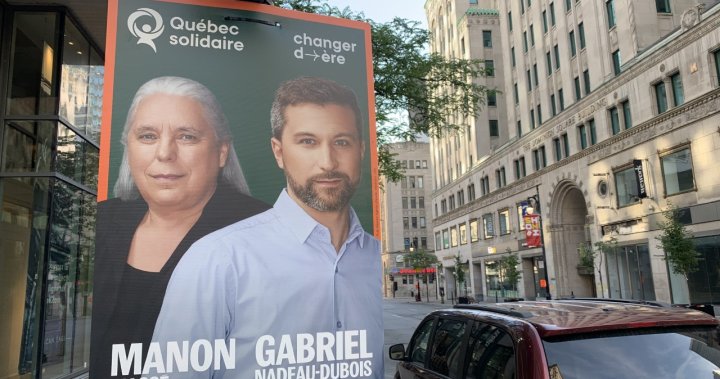 The writ has dropped, and with it, Quebec’s election campaign is officially underway.

On Sunday morning, outgoing Premier François Legault left a meeting with Lt.-Gov. J. Michel Doyon, during which the representative of the Crown dissolved the legislature and declared the general election.

With election day set for Oct. 3, voters in Quebec will have to decide over the next five weeks whether they renew Legault’s mandate or send his party, the Coalition Avenir Québec (CAQ), to the opposition.

So far, the latter is an unlikely scenario. Latest polls have the CAQ at the top of voters intention, and with a comfortable lead.

A Leger poll published earlier this month found support for Legault’s party at 44 per cent, compared to 18 per cent for the second-place Quebec Liberals.

Quebec Solidaire and the Conservative Party of Quebec polled at 15 per cent and 13 per cent, respectively.

As he left the Lieutenant-Governor’s office on Sunday, Legault said his party’s five priorities are the environment, health, education, the economy and defending Quebec identity.

“I’m not taking anything for granted,” he said, speaking of his healthy lead in the polls.

Meanwhile, Liberal Leader Dominique Anglade said after the writ drop that the economy and cost of living will be her campaign’s main focus.

“I’m going to put Francois Legault to the challenge,” said Anglade. “People shouldn’t have to choose between paying their rent or buying food.”

On Saturday, Paul St-Pierre Plamondon, leader of the Parti Québécois held an election kick off event in his Montreal riding of Camille-Laurin.

Quebec Solidaire announced Saturday it had selected all of its 125 candidates, including 70 women.

Quebec’s political parties have already been on election mode for a few weeks now.

Campaign posters were up Saturday afternoon in many Montreal boroughs.As the legislature broke for the summer, Legault’s party had 76 seats, while the Quebec Liberals had 27, Quebec Solidaire had 10 and the Parti Quebecois had seven.

The Conservative Party of Quebec held one seat and there were four Independents.

–With files from The Canadian Press