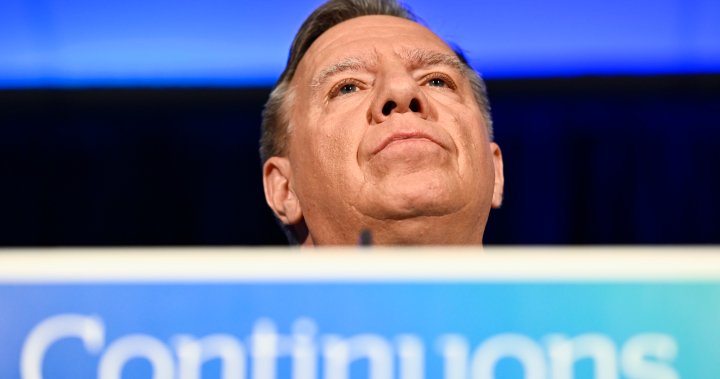 Campaigning ahead of the Oct. 3 provincial election, Legault told reporters in the Montreal suburb of Longueuil on Wednesday that he intervened personally to have the content removed.

The party had published an English version of a document detailing its accomplishments during its four years in government.

Legault says that while the section on the party’s record was the only English-language campaign material on the CAQ website, the entire site should have been in French only.

As of this afternoon, a section of the party’s website titled “Now. Our record” redirects to the French version of the document, and the only English content on the site is related to the COVID-19 pandemic and was published in January.

Legault’s government this year passed language legislation aimed at shoring up the position of French as the province’s official and common language.