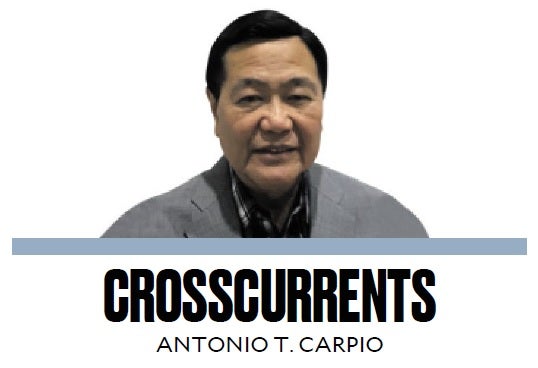 It used to be that one of the gravest sins a politician could commit was to lie to the people. Truthfulness to the public has even been enshrined in the 1987 Constitution, which declares that “Public office is a public trust.” Today, politics in our country has so degenerated that a one-time presidential aspirant, who is now running for vice president, infamously remarked: “Walang isang kandidato diyan na hindi nagsisinungaling, kaya hindi dapat nagiging issue ang honesty ngayon.” (There is not one candidate who does not lie today, so they should not be making an issue out of honesty now).

Lying under oath has even become a habit among politicians when they file their certificates of candidacy (COC). They always claim in their COC that they are eligible to run for public office even if they had been previously convicted of a crime that disqualifies them from holding any public office. In the 2012 case of Aratea v. Comelec, a decision which I penned for the En Banc, the Supreme Court ruled:

“Whether or not the COMELEC is expressly mentioned in the judgment to implement the disqualification, it is assumed that the portion of the final judgment on disqualification to run for elective public office is addressed to the COMELEC because under the Constitution the COMELEC is duty bound to ‘enforce and administer all laws and regulations relative to the conduct of an election.’”

To implement this directive in the Aratea decision, the Commission on Elections (Comelec) added to the COC Question No. 22, which asks: “Have you ever been found liable for an offense which carries with it the accessory penalty of perpetual disqualification from public office, which has become final and executory?” A false answer renders the COC void ab initio, as if the candidate never filed his COC, thus disqualifying the candidate. In addition, a false answer constitutes perjury, a separate crime involving moral turpitude which also disqualifies a perjurer from holding any public office.

Unfortunately, for a long time the maximum penalty for perjury has only been imprisonment for six months. Under the Probation Law, as amended by Republic Act No. 10707, a convict can avail himself of probation if his penalty is imprisonment of six months or less. The Probation Law provides that probation “shall operate to restore to (the convict) xxx all civil rights lost or suspended as a result of his conviction and to totally extinguish his criminal liability as to the offense for which probation was granted.” Those convicted of perjury simply availed themselves of probation and they were again qualified to hold public office.

Last Oct. 29, 2021, however, President Duterte signed into law RA 11594 which increased the penalty for perjury to imprisonment for six years and one day to 10 years, with perpetual disqualification to hold public office. Perjury is no longer “probationable” under RA 11594, which will take effect 15 days after its publication in the Official Gazette. Those who filed their COCs from Nov. 1-8, 2021, and who committed perjury in their COCs, are not subject to RA 11594 which had not yet taken effect as of those dates.

However, RA 11594 provides that “anyone who shall willfully and knowingly offer in evidence a false witness or testimony in any judicial or official proceeding” shall also be subject to the same penalty provided in RA 11594, which is imprisonment for more than six years, with disqualification to hold public office. Thus, if a perjured COC submitted last Nov. 1-8, 2021 is offered in evidence after RA 11594 takes effect, the person introducing the evidence becomes liable under RA 11594.