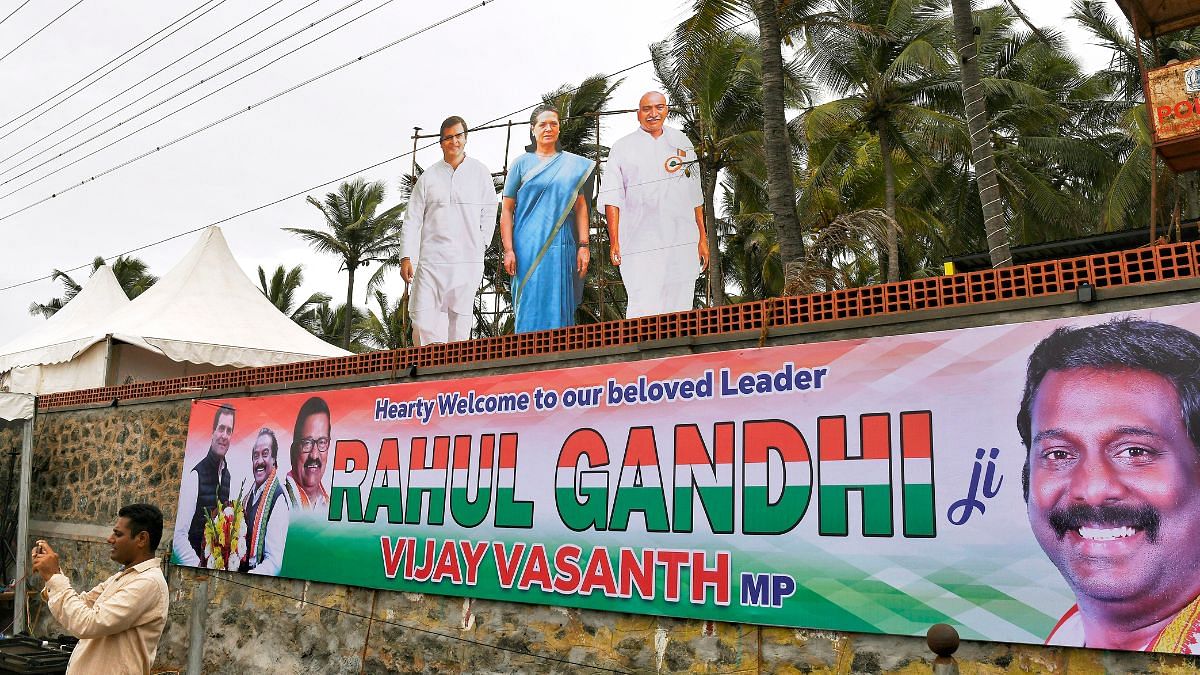 New Delhi: Congress leader Rahul Gandhi flagged off the party’s “Bharat Jodo Yatra” from Kanyakumari on Wednesday, a cross-country mass-outreach programme that is being seen as an attempt to revive the party’s sagging fortunes as well as to re-establish its importance in the country’s Opposition space.

The MP from Wayanad led the national-level foot march from the Gandhi Mandapam in Kanyakumari, along with party chief ministers Ashok Gehlot, Bhupesh Baghel and other senior leaders. Tamil Nadu Chief Minister M.K. Stalin was also present at Gandhi Mandapam.

Before arriving at Kanyakumari, the Congress leader attended a prayer meeting at the Rajiv Gandhi Memorial in Tamil Nadu’s Sriperumbudur, where his father and late Prime Minister was assassinated in 1991. Rahul paid a floral tribute to his father and sat in front of the memorial for nearly half an hour.

He then put out an emotional tweet: “I lost my father to the politics of hate and division. I will not lose my beloved country to it too. Love will conquer hate. Hope will defeat fear. Together, we will overcome.”

The “Bharat Jodo Yatra” will traverse 3,500 kilometres through 12 states to end in Kashmir five months later. It is, however, unclear how far Rahul Gandhi will march with his party workers.

On Tuesday, Congress General Secretary Priyanka Gandhi Vadra said the padyatra would unite people against the BJP on inflation and unemployment among other matters of public importance.

“We are starting a positive politics. We want to hear from you, we want to solve your problems. We want to unite our beloved country. Let’s unite India together,” Priyanka said in a Facebook video.

“Political discussion today isn’t focusing on the people of the country, it has taken a different turn altogether. Politics today has turned a blind eye towards people and their issues. Through this ‘yatra’ we want to bring out the problems and concerns of the common man,” Priyanka said.

The slogan for the yatra is “Mile Kadam-Jude Vatan”, which roughly translates to: “The country will be together if our steps are united.”

The march will cover approximately 25 to 30 kilometres daily, and a core group of 100 to 150 people will actually go the whole distance.

The padyatra will follow a linear path from Kanyakumari to Kashmir for logistical and geographical reasons, and every state will have its own padyatra in tandem with the main yatra.

Leaders have also said participants would not be staying in hotels but in makeshift, ‘railway bogey’-type accommodations, hoisted on a trailer.

Sources told news agency ANI that 60 such containers have been sent to Kanyakumari and will be parked for the night in new spots every day as the padyatra progressed.