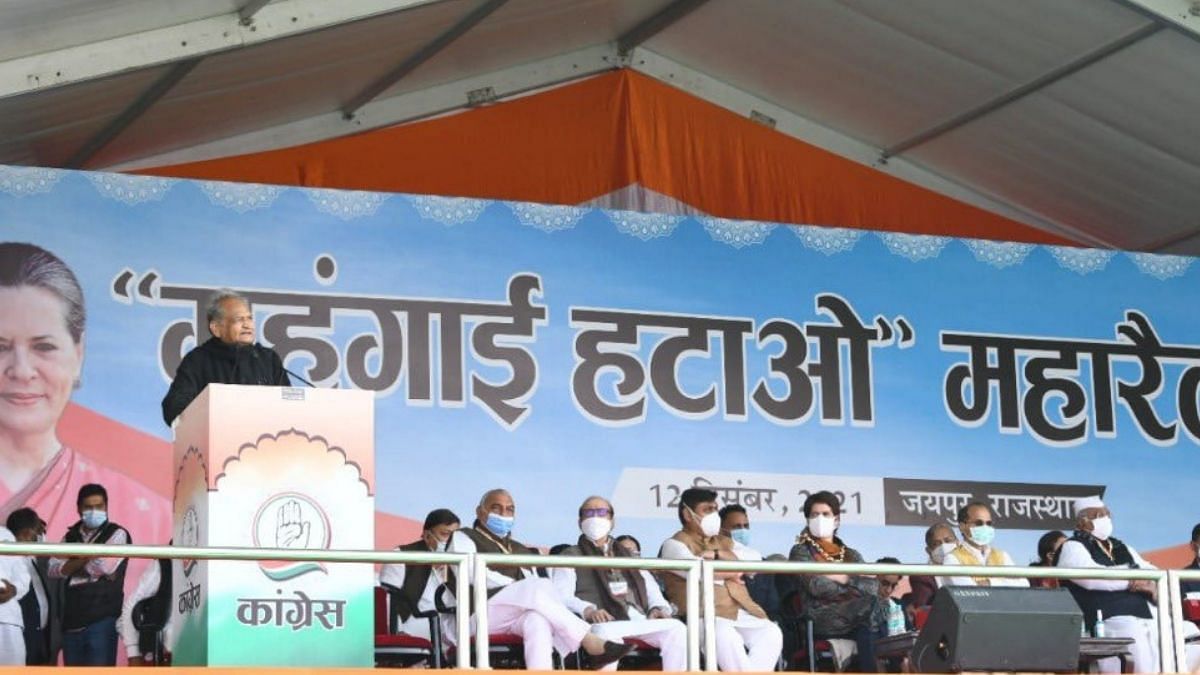 
Jaipur: Rajasthan Chief Minister Ashok Gehlot on Sunday accused the Centre of misgovernance and alleged that Prime Minister Narendra Modi does not respond to letters written by him.

Whenever the state made a demand, the Centre did not care, Gehlot said addressing a Congress rally on price rise here. Gehlot alleged that misgovernance exists ever since the Modi government came to power.

Farmers were killed, the price of petrol, diesel, cooking gas and everything else has increased, he said while holding policies of the Centre responsible for inflation.