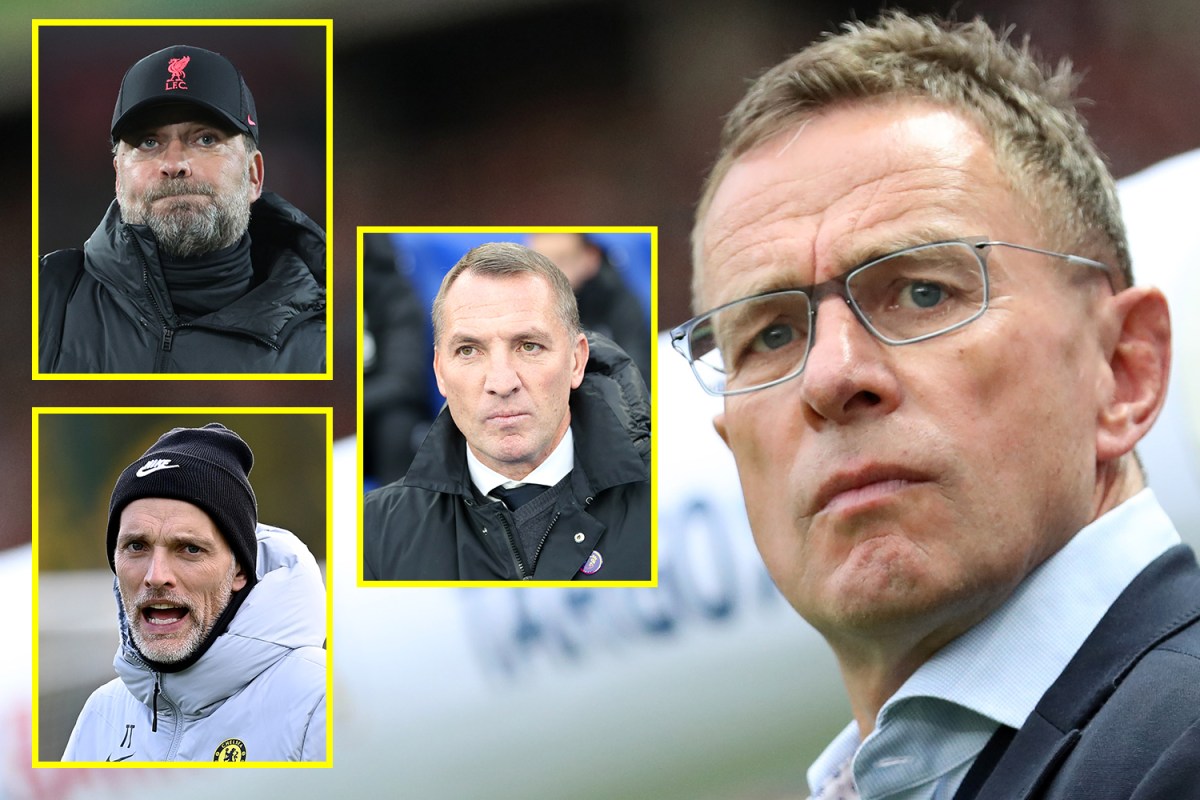 The Premier League has a new manager and he’s one of the most well respected coaches around.

Manchester United moved fast to snap him up and he has been tasked with turning the Premier League giants’ season around.

A lot of intrigue surrounds Rangnick, but what do his new rivals think about him? Brendan Rodgers – who had been heavily linked with the United job before the German was appointed on an interim basis – revealed he has spoken to the 63-year-old previously.

“I think they have appointed a very experienced man in football, both in his role as a sporting director and as a coach,” the Leicester manaher said.

“I don’t know Ralf personally. I came across him when I was at Liverpool, and we had a phone conversation, and then at Celtic, I played against his Red Bull Leipzig team.

“But he’s clearly a very, very experienced guy who is very well thought of in the game, and he will come in and offer that experience and that stability to the club and they will assess it from there.”

Crystal Palace boss Patrick Vieria admitted he didn’t know too much about Rangnick, but said that he was interested to see what he could do in Manchester.

“Obviously I know the name, I know what he accomplished when he was in Germany and I know that he is somebody that is well-respected in football.

“But I am like everyone else, I will wait and see what he will do at Manchester [United], but I think it’s good to have someone with that experience in the Premier League.”

Jurgen Klopp spoke last week about his thoughts on Rangnick’s impending appointment, having taken lots of inspiration from him after working together in the Bundesliga.

The Liverpool man admitted that ‘a good coach is coming to England’.

He said: “Unfortunately, a good coach is coming to England, that’s how it is, to Manchester United.

“He’s obviously a really, really experienced manager. He built most famously two clubs from nowhere to proper threats and proper forces in Germany with Hoffenheim and Leipzig.

“He’s done a lot of different jobs in football but always his first concern was being a coach actually, being a manager, and that’s what his best skill is obviously.”

Klopp has also backed Rangnick to transform United into a team that are ‘organised’ – but added that his compatriot will need time to turn things around at Old Trafford.

“United will be organised, I think, on the pitch,” he added.

“I think we should realise that and that’s obviously not good news for other teams.

“But, like all coaches in the world, we need time to train with our teams and Ralf will pretty quickly realise he has no time to train because they play all the time so that makes it a bit trickier for him.”

Chelsea boss Thomas Tuchel has won football’s biggest prize in the Champions League but was given his break in coaching by Rangnick.

“He helped me a lot because he was my coach and then he was one of the main figures to convince me to try coaching so he had a huge influence on all of us at this time,” he said, highlighting one thing he picked up.

“He showed us it’s not necessary to follow people to the toilet in football games because that was the belief in these days, that the defenders follow the strikers wherever they go. He showed us it’s possible to defend everybody in a zone.”

talkSPORT EDGE is the free football app that keeps you one step ahead of your mates with short, sharp and shareable content.

Stay up to date with everything going on in the football world with breaking news, live scores and in-app betting.

How can I get it?

For iPhone, download talkSPORT EDGE via the App Store here.

For Android, download talkSPORT EDGE via the Play Store here.