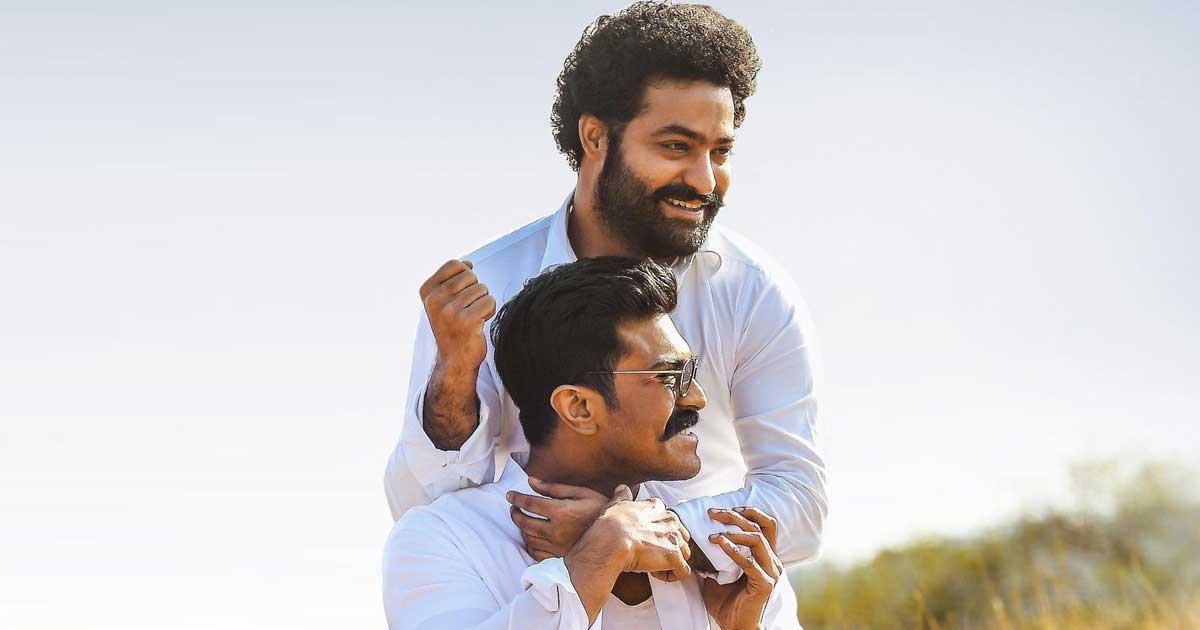 As there isn’t much time left until the magnum opus ‘RRR’ will hit the theatres, the team is leaving no stone unturned to promote Rajamouli’s directorial. Jr. NTR and Ram Charan, along with the filmmaker were seen promoting the movie in different cities of India.

In one of the promotional events, Ram Charan and Jr. NTR had a chit-chat with the media where they shared their experiences of working with each other.

Ram Charan was quizzed if he ever felt that he wanted to swap his role with Jr. NTR, while they worked together on the sets of ‘RRR’.

Ram Charan said, “There were times when I had to shoot while NTR used to relax in front of me. Those were the times I felt jealous, and wanted to swap the roles.”

The duo had shared that it was Rajamouli, who would take a call on who would shoot first, while Rajamouli revealed that the two actors behaved like kids on the sets of ‘RRR’.

The film is slated for release on January 7, 2022, and not only at the domestic market, but Rajamouli has upped the ante for extensive promotions overseas as well.

Be a part of our community to get the latest Telugu, Tamil, Kannada, Malayalam film news & more. Stick to this space for the regular dosage of anything and everything entertainment! While you’re here, don’t hesitate to share your valuable feedback in the comments section.