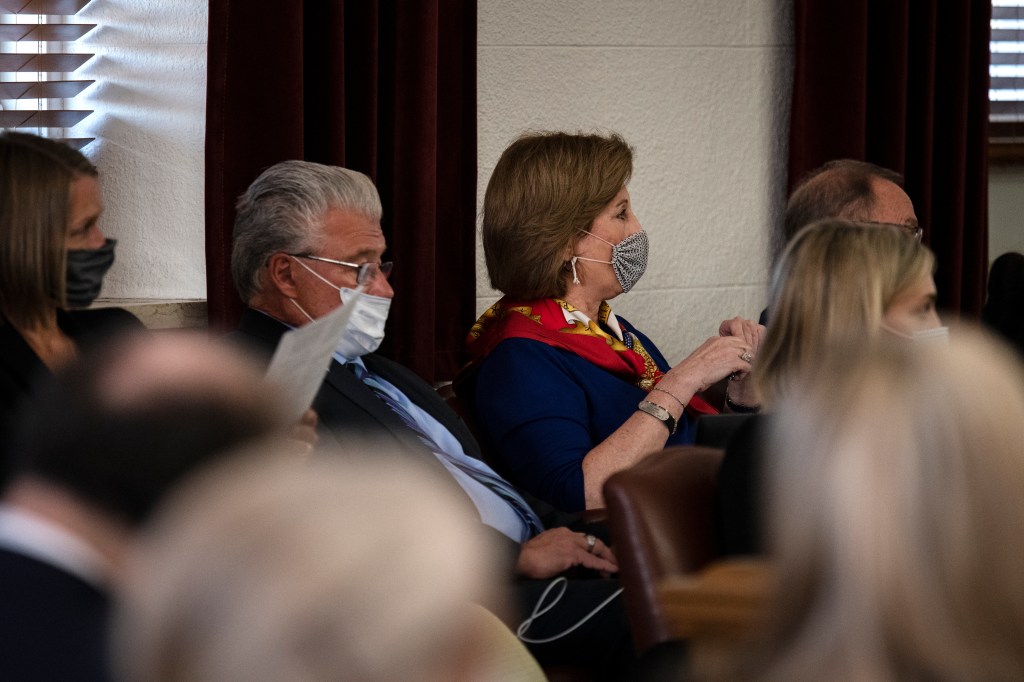 Corporon’s false accusations against Eric Coomer, namely that he rigged the 2020 election in favor of Biden, “elevated Dr. Coomer into the national spotlight, invaded his privacy, threatened his security, and fundamentally defamed his reputation through a relentless election fraud campaign” according to the suit. I hope Coomer prevails.

Coomer has lodged similar suits against more than a dozen individuals and media outlets for propagating lies that have upended his life and exposed him to harassment and death threats. At the sordid center of this steaming pile of mendacity lies podcaster Joe Oltmann who alleges Coomer admitted he’d thrown the election on a conference call with Antifa.

Oltmann was given a platform for his deceit when KNUS hosts invited him on their shows this time last year. “In every instance, Oltmann repeated his false claims about Dr. Coomer and accused him of engaging in criminal conduct. During these numerous interviews, Oltmann frequently insisted that he was presenting absolute and verifiable facts, and confirmed that he was not speaking in hyperbole,” the lawsuit states. “For its part, Salem Media had knowledge that these false allegations were being widely disseminated on its airwaves and yet did nothing about it.” The lawsuit does not distinguish between hosts who spoke with Oltmann to promote his conspiracy theory like Corporon and those who did so to challenge his claims like George Brauchler.

Individuals have a right to seek redress when false allegations damage their reputation and life, but not all lies are equally actionable. To be considered defamation, an accusation must be a statement of fact that can be proven false, versus an opinion — like so and so is a worthless gadabout — or a blustery exaggeration used to emphasize a point. Most importantly, the lies must have caused real harm.

It also matters whether the defamatory speech is aimed at private persons or public figures. Public figures are afforded less protection since they have sought out public acclaim and with it, public scrutiny. Public figures have a podium from which to counteract false statements against them. In order to win a defamation suit, a public figure must prove the defendant acted with actual malice or reckless disregard for the truth, rather than mere negligence. Thus private citizens have a better chance at successfully suing media outlets and personalities for defamation than politicians, candidates, and movie stars.

All of these stipulations exist to balance the right to protect one’s good name with the right to free speech and freedom of the press. Defamation cases are necessarily hard to win. Nevertheless, a court just ordered Alex Jones, host of conspiracy theory website InfoWars, to pay damages to families whose children were murdered in the Sandy Hook school massacre.

Similarly, Nicholas Sandmann, the Kentucky high school student who was ridiculed publicly for his interaction with a Native American activist, came to a settlement with CNN and The Washington Post in his defamation case. In both cases, false statements by the defendants thrust private citizens into the public light where they experienced harassment, emotional distress, and death threats.

The same could be said in Coomer’s defamation cases against media outlets and individuals that disseminated the lie that he sabotaged the 2020 election and specifically that Coomer had admitted as much. These individuals must be held accountable and Coomer deserves redress.

Freedom of the press and freedom of speech are essential human rights, but they are not without limits. One does not have the unfettered right to destroy another’s reputation by lying about them.

And, as a former conservative talk show host, I know it’s not too much to ask media outlets to require their commentators to do a bit of fact-checking.