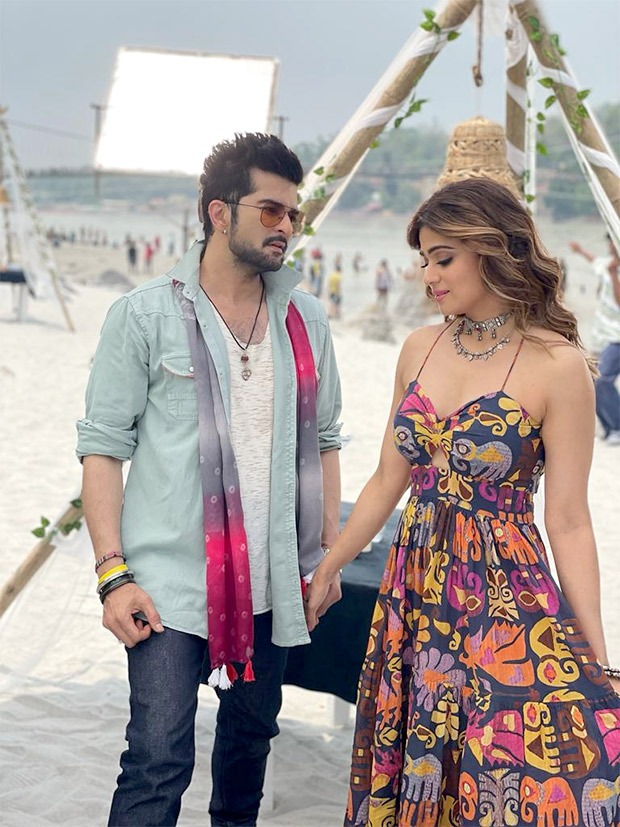 India has a rich heritage of culture, including some world-renowned pieces of architecture that remain embedded in world’s history. One of them is the Lakshman Jhula in Rishikesh, Uttarakhand. While a lot of people haven’t been to it in person, our Hindi film industry has made the audience aware about its magnificence through the camera. However, due to its distressed state, the bridge has been closed for the safety of people and Raqesh Bapat has become the last actor to have had the experience of shooting at the Lakshman Jhula for his upcoming music video ‘Tere Vich Rab Disda’.

It is a bittersweet feeling for the actor to have this fact next to his name. He shares, “Shooting for TVRD will remain unforgettable, especially shooting the sequence on Lakshman jhula. We crossed it several times in that one day. We were running across while a crowd of people were walking besides us, there were only drones capturing this, so everyone seemed clueless as to what was really happening.”

He goes on to say that while for him the experience will always remain magical, it might have been a little weird for people around them at the time. “Two people running across in the summer heat must have been very strange for the others who witnessed it. I got to know later that it’s going to be shut for a long time till another bridge is built parallel to the old one, and I feel fortunate to have got the opportunity to make an everlasting memory there that I will always cherish.”

‘Tere Vich Rab Disda’ features Raqesh Bapat opposite Shamita Shetty, which releases today. It marks the first project of the duo together after they announced their break up just a few days ago.