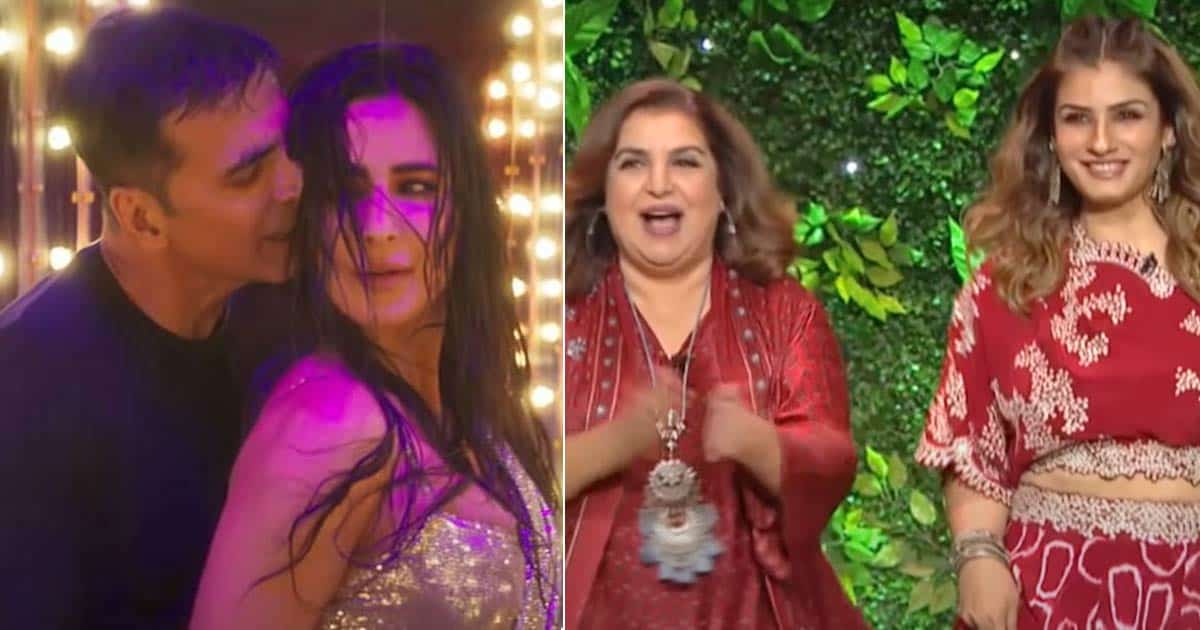 The Kapil Sharma Show lives up to its promises of making us laugh our hearts out and also celebs sharing some fun and interesting anecdotes. Doing the same on Sunday’s episode was actress Raveen Tandon and filmmaker-choreographer Farah Khan.

While on the show, the duo spoke about many things, including the remake of Raveena’s iconic ‘90s song Tip Tip Barsa Pani. For those who don’t know, the Mohra track was recreated in 2021 for Rohit Shetty’s Sooryavanshi, ft. Akshay Kumar and Katrina Kaif. The remix was choreographed by Farah. Here’s what they have to say about the remix.

During their appearance on Sunday’s episode of The Kapil Sharma Show, Farah Khan said that the most pressure she felt while recreating Tip Tip Bars Pani was from Raveen Tandon. The filmmaker-choreographer said, “Yeh mereko phone kar kar ke bolti thi, ‘Tu maa ki a***h mat karna iss gaane ki’ (She would keep calling and telling me not to mess it up),” she said.

Farah Khan further added that when the Tip Tip Barsa Pani remix came out, Raveena Tandon was the first one to call her and say, “Faru, you have done a superb job and Katrina is looking superb.”

When quizzed by The Kapil Sharma Show if Raveena’s praises for the remix track were genuine, the Aranyak actress jokingly said no. On a serious note, she added “Lekin mujhe itna bharosa tha ki agar koi aur karta na gaana, I think waakeyi mein uska dahi batata ho gaya hota. But Farah ke haath mein tha toh I knew that woh respect aur grace toh zaroor rahega (I was sure that if someone else was doing the song, they would surely mess it up, but I was confident that Farah would keep the respect and grace intact).”

Do you think Farah Khan did justice to Tip Tip Barsa Pani when choreographing Katrina Kaif for the remix? Or do you still prefer Raveena Tandon setting the temperature soaring in the wet yellow saree? Let us know in the comments below.

Must Read: Shivaji Satam aka ACP Pradyuman Hints At CID’s Return But In A Different Format