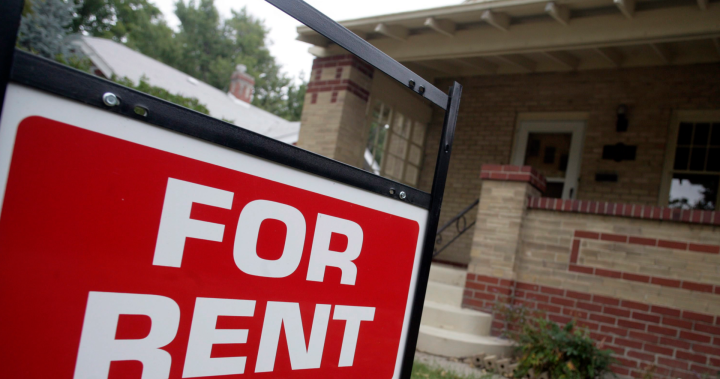 Some Canadians’ wallets could end up slightly fuller, the federal government says, if the House of Commons passes new legislation aimed at helping people across the country who are struggling with the rising cost of living.

Will Trudeau’s $4.5B affordability plan help you? Here’s what to know

The proposal includes money for struggling renters, a temporary dental care benefit for some kids under 12, and a one-time boost to the Goods and Services Tax (GST) Credit. Of the $4.6-billion plan, $3.1 billion is new money — on top of what was already earmarked in Budget 2022.

The bills still need to work their way through the House of Commons and the Senate before Canadians would be able to start cashing their cheques — a process that could take weeks, or even months.

“I’m calling on all parliamentarians from all parties to work with us to get this legislation passed and get this support to Canadians,” Associate Finance Minister Randy Boissonnault told reporters on Tuesday.

“Our constituents want to see us working together, not playing games. They do not want to see procedural tactics and delays.”

With the text of these bills now published, fresh details are now available about who will — and won’t — be able to access this money.

Help with the cost of rent

Renting is getting more and more expensive across Canada, according to the latest figures.

Rental.ca’s September 2022 Rent Report found the average August rent price across the country was $1,959 per month, which it said was an annual increase of 11.1 per cent.

In a bid to help tackle the skyrocketing cost of rent, Bill C-31 lays out the legislative pathway for a one-time, tax-free top-up to the Canada Housing Benefit program — one the government says would put $500 in the pockets of low-income renters.

“If you’re a family that rents and has a net income of $35,000 or less, this support is for you,” said Diversity, Inclusion and Youth Minister Ahmed Hussen.

For Canadians who rent and fall under the income amounts Hussen described, the Canada Revenue Agency (CRA) will deliver the money using an “attestation-based application process,” according to the finance department’s website.

That attestation would require Canadians to:

The CRA will also verify the applicant’s income, age and residency — and in order to get the cheque, you’ll have to file your 2021 tax return. According to the government, 1.8 million renters should qualify for this support, including students.

However, the proposal has faced some criticism.

Last week, Conservative Leader Pierre Poilievre argued that this spending will not help average Canadians and could risk making inflation worse. He said the $500 Canada Housing Benefit top-up would “go up in smoke” for someone paying $2,000 per month in rent.

“It simply pours more gasoline on the inflationary fire,” Poilievre said after the affordability plan was first announced Sept. 13.

Boissonnault pushed back on this assertion during the Tuesday press conference.

“This is not an inflationary move,” he said.

“We’re talking about $3.2 billion in new spending, against a whole economy that’s about $2.6-7 trillion. This is like throwing a stone in a lake. The lake doesn’t flood.”

The dental care the federal government will roll out if Bill C-31 becomes law isn’t the long-term dental care plan it has promised to implement.

It’s a temporary measure, Health Minister Jean-Yves Duclos said — one that will provide some access to dental care as the government solidifies its long-term plan.

The Canada Dental Benefit is only available for children under 12 years old in families that don’t have dental coverage and that have an adjusted net income under $90,000. It would provide their parents or guardians with up-front, tax-free funds to cover dental expenses.

However, not everyone is entitled to the full amount:

Here’s how it’s going to work.

According to government of Canada officials who spoke on background during a technical briefing Tuesday morning, Canadians will first have to log into their CRA MyAccount.

Through this portal, parents will be able to see if they’re eligible for the Canada Child Benefit (CCB). The CRA makes this determination on their behalf based on the income they make and the age of their child, so they’ll either be able to access the application or they won’t. It should be apparent when they log in.

If they can access the application and they are the parent who receives the CCB for their child, the application will then ask the applicant to confirm whether they have out-of-pocket dental expenses they’re not being reimbursed for. It will also check to see if they have private dental insurance — if they do, they won’t be eligible.

Next, it will ask what month the applicant plans to take their child to the dentist, and which dentist (or hygienist) they will be seeing. After asking for a bit more information for verification purposes, it will let them know if they’re eligible for these funds.

If so, the dental care benefit will be deposited in their account — or sent to them over the mail — in three to five days. Canadians should keep their receipts in case the CRA has to follow up to verify their eligibility, the government official said, but beyond that, there’s nothing further they have to do.

Canadians also don’t have to pay back any cash that might be left over after paying for the appointment, the officials said, should the dental appointment cost less than the funds they were given.

That said, there is a $ 5,000 fine for those who have been found to have “knowingly” lied or misled the government to access the funds.

The government has earmarked $938 million for this benefit, which it says should help roughly 500,000 Canadian children. That estimate, however, assumes that not everyone eligible applies for the benefit, officials said.

That means the cost of the program could end up being higher than anticipated, depending on uptake.

The GST credit is meant to help offset the cost of the five per cent sales tax Canadians pay on most purchases. The credit is paid four times a year — in January, April, July and October.

The Department of Finance estimates that 11 million people receive the GST credit every year.

Singles without children, the government claims, will be able to receive $467 during the July 2022 through June 2023 benefit year. Single parents and common-law partners will be eligible for up to $612, and parents can get up to $161 for each child under the age of 19.

But now, as a part of its new affordability plan, the Liberal government says it will double this credit for six months if Bill C-30 passes in Parliament.

Should the bill’s proposed amendments to the Income Tax Act become law, a single person without children can expect up to about $234 added onto the $467 they’re eligible to receive, while single parents and common-law partners will get another $306 — plus about $80 more per child.

But not everyone is able to access this credit. Only families with a net income of less than $39,826 will be granted the full credit amount, and the funds Canadians can access are gradually lowered with each bump in income.

The extra GST credit amount would be paid through the existing system, according to the Finance Department, as a one-time lump-sum amount. And while you won’t have to apply for the credit, you’ll want to make sure you’ve filed your 2021 tax return to avoid missing out.