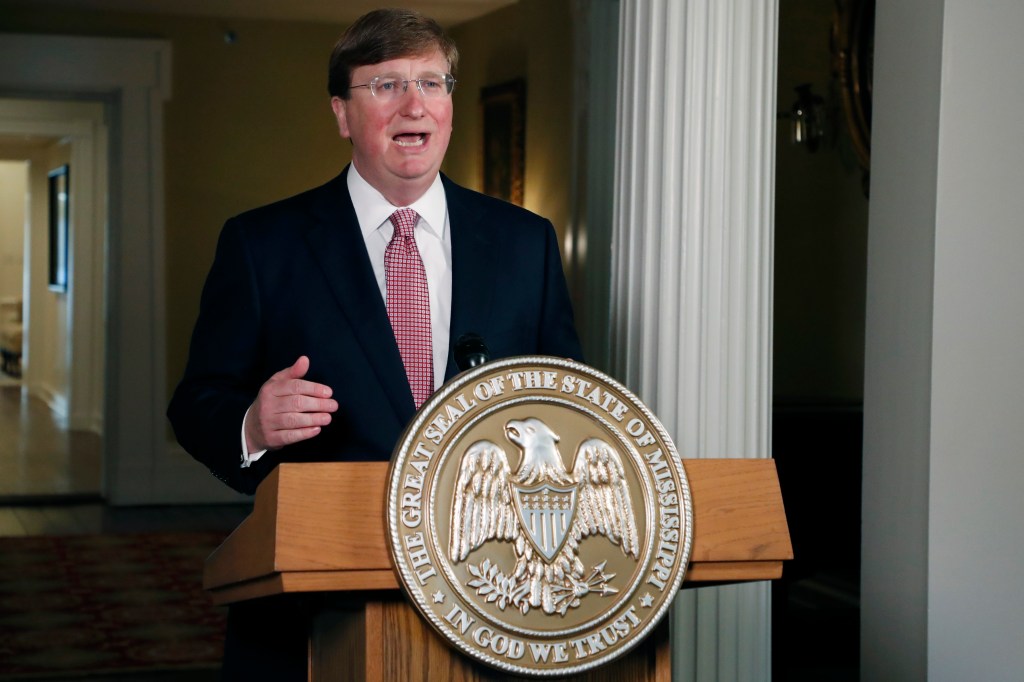 From red-state capitals to Washington, Republican politicians are conceding what’s been obvious for decades: Their “pro-life” advocacy ends with a child’s birth.

That’s not what they intend to convey, of course. Since the leak last week of the draft Supreme Court opinion to end the constitutional protection for abortion rights, Republicans have rushed to mics, TV studios and social media to promise that once the justices rule there will come a new phase in the “pro-life” crusade: support for government aid for needy pregnant women, mothers and kids.

How better to underscore Republicans’ shamelessness than for their message about the coming beneficence to be delivered nationally — on the Sunday TV news programs — by Gov. Tate Reeves of Mississippi. His state has the nation’s highest poverty, maternal mortality and child poverty rates, a foster care system that’s been embroiled in a long-running lawsuit, and a legislature that only recently rejected a bill to expand Medicaid assistance for postpartum care.

On Mothers Day, Reeves said on CNN and then repeated almost verbatim on NBC: “We must show that being pro-life is not just about being anti-abortion.” He claimed that his state would “do everything we can to make it easier on those moms who may be in unwanted pregnancies,” and to ensure “that those babies, once born, have a productive life,” and if necessary, through adoptions and an improved foster care system.

Such talk is just election-year babble from a party fearful of a voter backlash if — when — the majority of Republican appointees on the Supreme Court overturns the 1973 Roe vs. Wade decision, leaving each state to decide whether abortion will remain legal.

The Republican Senate campaign committee was out fast with a memo offering advice to candidates. It says in all caps: “BE THE COMPASSIONATE, CONSENSUS BUILDER ON ABORTION POLICY.”

The memo suggests no policy specifics. It’s just words — from the party that, in Congress, has stood united against President Biden’s proposals for paid parental and medical leave for working mothers, expanded day-care subsidies and a more generous child tax credit. A party that still opposes the 12-year-old Affordable Care Act, which, among other benefits, bans higher insurance premiums for women of child-bearing age, mandates coverage of FDA-approved birth control and pays for states to expand Medicaid for poor women and children.

“I am opposed to Obamacare expansion,” Reeves has said repeatedly. Since 2014, Mississippi — ranked 50th in health care — has rejected more than $7 billion from Washington to extend Medicaid coverage to up to 300,000 more residents.

And now we’re supposed to believe it would spend its own money to help people have and raise children?

Consider this, from the state’s Department of Health website: “Mississippi ranks last, or close to last, in almost every leading health outcome. … The result is a disproportionate burden of disease and illness that is borne by racial and ethnic minority populations and the rural and urban poor.”

A state maternal mortality report released three years ago, and updated last year, found that 33 women died within a year of giving birth for every 100,000 live births, nearly double the national average. Deaths were significantly higher among Black women. The report recommended that the state provide a year of postpartum care under Medicaid. Yet in March, just as it had last year, the state legislature declined to do so, despite new federal incentives and support from business and grassroots groups.

Forget what Reeves and other Republicans say about helping women forced to give birth. It’s what they do that matters, and they’ve done nothing to suggest they’ll actually put state money where their mouths are.

To be “pro-life” still means cheating on child support.