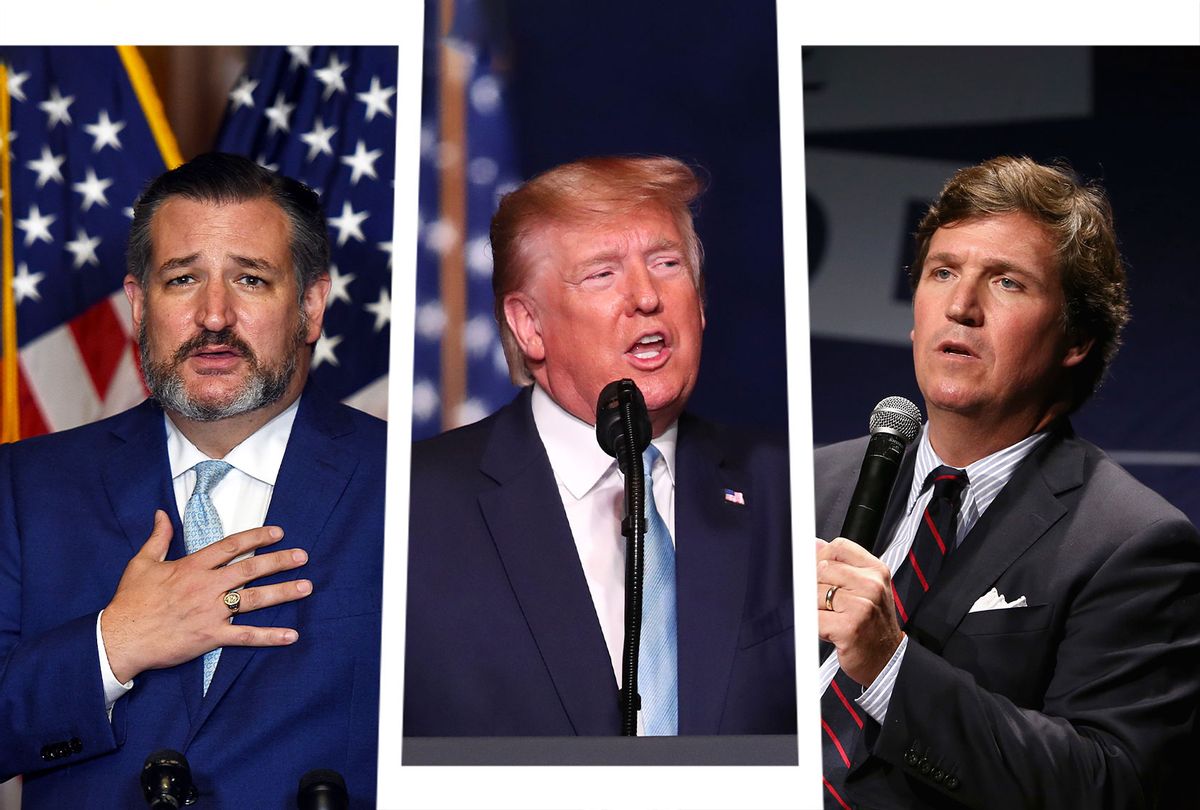 Why do people who attack the gender identities and romantic and sexual affiliations of others often seem so twisted up? I suppose history tells us that it pretty much goes without saying. But we need to speak plainly about it because we are all now hyper-aware of the serious damage that damaged people can do to others — and to society.

The Republican Party long ago slipped under the sheets with the religious right to become bedfellows in the culture wars, encouraging bigots, misogynists and Christian zealots to insist that others live by their morals (or lack thereof).

This bizarre-tent party of religious grifters, pussy grabbers, gun polishers, closeted men, angry incels, alleged rapists and take-girls-across-the-state-line Lotharios is evangelically intolerant of the personal business of others and determined to dictate whom you can love or marry, how you should come to terms with your gender identity and how much of your reproductive future you should control. These people believe they have the right to demand that you go through your entire pregnancy even if you have been raped or are the victim of incest, and they’re not particularly concerned if you die fulfilling their will.

In a country with a maternal mortality rate that ranks last among all industrialized nations, these religious and political grifters have created anti-abortion statutes that make health care professionals hesitate to address dire childbirth situations and even delay urgent treatment because they need to consult with lawyers.

Of that rule limiting self-pleasuring, Stephen Colbert quipped: “That’s going to make those 20 years in prison seem pretty long. But I do understand why they are so angry.” He went on to ponder, “I don’t get once a month. I get none. That makes sense. But once a month?”

Look, if longtime Trump confidant Roger Stone — who, as we know, was present at the Willard hotel on Jan. 5, 2021, proudly being “protected” by those white-supremacist boys — considers himself a “trysexual” (because he says he’s willing to try everything) or Cawthorn enjoys a bit of frat-boy-style cross-dressing while drinking with his bros, that’s none of my business.

Which is exactly the point.

For all Tucker Carlson’s bluster about masculinity (including his risible special “The End of Men” whose promo included a fair amount of plausibly-homoerotic imagery), a more accurate tagline for his Fox News show program might be a variation on Teddy Roosevelt’s famous saying: Speak hysterically — and fret about carrying a tiny stick.

Among those most vocal about the supposed crisis of masculinity, Republican Sen. Josh Hawley’s much-publicized scamper away from his own insurrectionist supporters inside the Capitol building on Jan. 6 wasn’t much of a revelation, though it was objectively hilarious.

Illiberal political solutions tend to take hold when increased gender equity and emancipation spark anxieties about male authority and status. A conquest-without-consequences masculinity, posing as a “return to traditional values,” tracks with authoritarianism’s rise and parallels the discarding of the rule of law and accountability in politics.

These days, boys will adamantly be boys, and this means they don’t expect to be held accountable. For anything. The more loutish among them long for the days when they could easily slide from responsibility for their actions. That’s why many Republicans, including a distressingly large number of obedient Republican women, are willing to support men who face multiple allegations of sexual abuse, or who have been accused with domestic violence.

Insecure young men are not being taught how to be better persons in their relationships with young women; they are being taught to hate by misogynistic grifters.

On the Trumpian right, flip a coin — heads is racism; tails is misogyny and homophobia. Heads they win, tails you lose.

Meanwhile, as Republicans rant about fantasy pedophiles and LGBTQ “groomers” and call others (and often each other) “cucks,” school children and ordinary citizens are being cut down by young men with legally purchased assault-style weapons. Survivors get “thoughts and prayers”; families are left to figure out how to carry on after the lights of their lives have forever been extinguished.

Gun fetishes, closeted sexuality, talk of “pussy” and rape, sadistic name-calling and general hate-mongering, worship of power and that telling focus on “manliness” — anyone else feel like we’re back in a really bad high school locker room? That stink isn’t coming from healthy athletics.

I agree that there is a masculinity crisis in this country, but it is most obviously found among the cohort of Republican politicians and their supporters who have prostrated themselves before Donald Trump. I would add fathers who refuse to teach their sons about sexuality and healthy, nurturing relationships but are all too eager to teach them that their guns and their jobs should define who they are as men.

There is a masculinity crisis in our country — most obviously found among the spineless Republican men who spent six years prostrating themselves before Donald Trump.

Boys and girls both desperately need our help. They need to feel safe at home and at school. They need to grow up in a reasonably clean environment. They need to learn from their parents and teachers to treat one another respectfully. They need to build a strong sense of community, and to know they can get an affordable education (and/or job training) and find a decent job at a living wage, with benefits. They should be able to find a comfortable and affordable place to live, and be able to start a family of their own, if such is their choice. They should be able to find affordable health care throughout their working lives and into retirement. All of that, in fact, should be considered the bare minimum, the starting point.

Furthermore, children and young adults need to be educated broadly, so they can find something more in life than a cycle of consumption, acquisition and constant work-related striving. They should feel psychologically safe to love who they choose to love. (Our younger daughter just introduced me to the sad phrase “compulsory heterosexuality,” which I’d somehow missed but which makes sense in this patriarchal, still-puritanical country.)

But as the younger people in our society wait for adults to do positive things that may help them move forward in life, they are, by force, living in a country with more guns than people.

Does anyone genuinely believe that Republicans in Congress or the mean-spirited, small-minded Trumpians who have taken over so many state legislatures are even the slightest bit interested in elevating the lives of young people? Even so-called moderate Republicans don’t care a whit about, say, the concept of a living wage.

So-called conservatives dehumanize liberals with horrifying and hateful epithets, calling them “cucks,” cannibals, “groomers” and pedophiles — again, tellingly sexual insults — while leaders of the Southern Baptist Convention, the largest Protestant denomination in the country, have a massive, far-reaching sex scandal  to face up to.

In his seminal 1964 essay “The Paranoid Style in American Politics — which famously begins, “American politics has often been an arena for angry minds” — Richard Hofstadter noted that sexual obsessions are frequently projected on one’s political opponents, to build a case that they are inhuman or unacceptable:

[T]he sexual freedom often attributed to the enemy, his lack of moral inhibition, his possession of especially effective techniques for fulfilling his desires, give exponents of the paranoid style an opportunity to project and express unacknowledged aspects of their own psychological concerns.

We all knew mistreated or abused boys in school who felt they had to play “yes men” to the local bully, no matter how badly he treated them — or, more likely, because of how badly he treated them. I can easily imagine the young Lindsey Graham or Sean Hannity or Marco Rubio or Tucker Carlson or Kevin McCarthy — really, any of the spineless, fawning, unprincipled Republicans who failed to stand up to Trump at any point during his rise or reign, playing that part in their youth.

In the face of all the grim, twisted, hateful and self-hating moralism from the right, liberals and progressives must reclaim their mojo as celebrants of the beauty and joy of life, as Salon’s Amanda Marcotte argued a few months ago. Masculinity and femininity need not be prisons or traps or destinies. Those supposed poles, and all points in between, are available to all of us as we go through life figuring out who we are. Isn’t that wonderful?

about feminism and misogyny