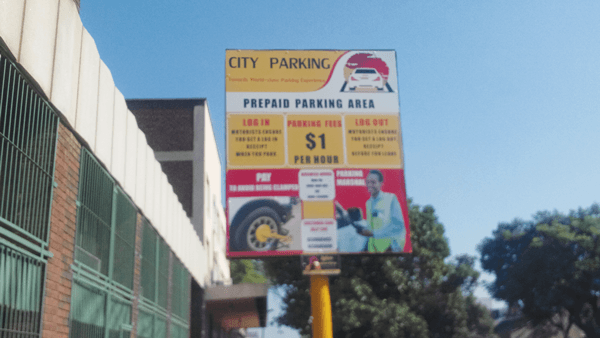 Business owners and residents want the parking system to be abandoned immediately, charging that the US$1 per hour parking fee was exorbitant. They are also bitter that BCC contracted TTI (Pvt) (Ltd) without consulting them.

“The lack of due diligence by BCC ended up in the imposition of an unfriendly and abnormally expensive parking system to the business community and the residents at large. This is being done through questionable tender processes and without contract disclosure to the public.

“In past years, council was in the habit of approaching businesses in the CBD on matters it considered important, which had a positive bearing on business development in the city such as the Annual Open Street Mall which the business community seconded.”

The petitioners said the move by BCC to introduce a new parking system during such a difficult economic period was premature, inconsiderate and capitalist in nature.

They also accused BCC and TTI of defrauding citizens because they are not benefiting from the parking system.

“As motoring residents in Bulawayo, we demand that the new parking system being run under a partnership between BCC and TTI be suspended with immediate effect until full details of the story are made public. This includes BCC declaring the date of incorporation and (publishing a) full list of board of directors of TTI,” further read the petition.

Residents and business owners also called on the Zimbabwe Anti-Corruption Commission to investigate how the parking tender was awarded.

“We demand that the parking space in the city centre be opened to the motoring public while negotiations between the residents and BCC are going on. A period of 30 days must be set aside as the time-frame to conclude all negotiations to do with Bulawayo city parking.”

Bulawayo Residents for Development co-ordinator, Farai Manganda said: “We are tired of leaders who want to be rich at the expense of the people and who make decisions without their people at heart. The new parking system is an exploitation of a beautiful city, infringing and taking away the rights of the people.”

He alleged that businesses in Bulawayo are losing business because customers cannot afford to park in the city.

“The TTI parking system has caused some businesses to incur losses.  In a few months we will see businesses closing,” a businessman told Southern Eye.

The petition was received by BCC senior public relations officer Nesisa Mpofu. No comment was available from BCC.