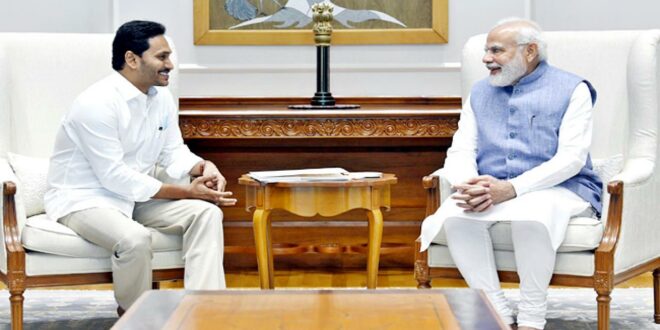 In the bifurcation, the carved out Andhra Pradesh suffered the most. By not granting the promised ‘Special Category Status’ AP was pushed into deep financial worries. AP CM Jagan has been trying hard to get the assistance of the government of India and his efforts are partly showing results.

On Monday (August 22) AP CM Jagan met PM Narendra Modi and requested the latter to resolve the bifurcation issues at the earliest. After this tour of Jagan, there appears to be some actions from the government of India. To resolve the bifurcation, Centre has appointed a committee led by secretary of the Union Finance ministry, TV Somanathan.

This committee will be meeting today at 3 PM and it is learned that a comprehensive report has been prepared about the projects to be approved by the Union Finance Department, the funds due to the state through various ministries and departments.

There revised budget estimates of Polavaram project construction is also in the list. In the meeting with PM Modi, Jagan requested to approve the project cost of Rs.55,548.87 crore as determined by the Technical Advisor Committee. Also, it has been revealed that the policy of refunding the money spent by the state government as components in the construction of the project should be stopped, which is causing delay in the works. So far the AP government has spent Rs 2900 crore on Polavaram construction and Jagan urged the PM to release these funds immediately.