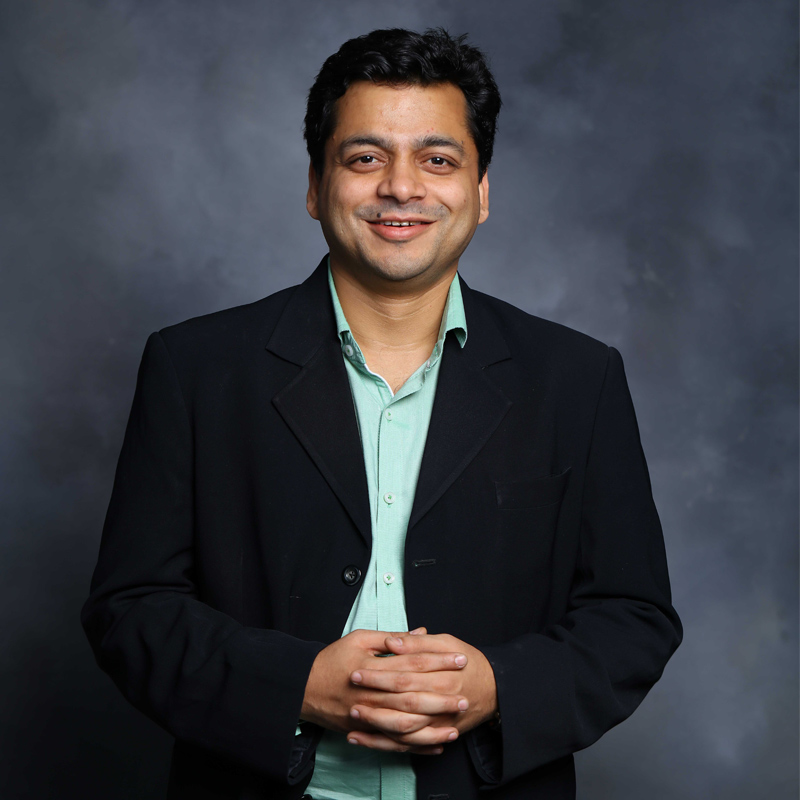 In his current role at Zeel, he spearheads a cluster of premium channels and regional channels in the North and West regions. He is responsible for delivering the P&L for the cluster and individual channels along with respective business heads. Leading a team of nearly 200 people from different functions like programming, content, research and insights, marketing, on-air promotions team, and more, Shah is also responsible for new market entries and tapping other channel opportunities in existing North and West markets along with the premium channels segment.

As the year draws to a close, Indiantelevision.com got into a freewheeling conversation with Zee Entertainment Enterprises Ltd. cluster head – North, West, and premium channels Amit Shah who speaks about the evolving content trends in Zee English cluster in 2021, programming, and growth in viewership in

With increased learning of English and foreign languages, India has become more welcoming and adaptive to foreign content. The same is reflected across its content consumption pattern. With the advent of OTT, the audience base for foreign movies has increased. Today, foreign language movies are not just for the audiences living in metros, but also for Tier II, Tier III cities where we see the same level of passion for global content.

As a channel, we try to understand the needs of our viewers and innovate and come up with content matching their tastes and preferences. For example, we were early to recognise the growing affinity of viewers towards Korean content. So, we collaborated with Korean Cultural Centre India (KCCI) to treat viewers to Korean content across Zee Café, &flix and &PrivéHD. Zee Café has added over 300 hours of content post-lockdown to offer relevant content to the existing consumers along with walk-ins.

While, &PrivéHD targets the niche audience with its premium content. Foreign language content has been an important part of the programming of &PrivéHD for its foreign language movie block ‘World Box Office’. Another disruption in the category was bringing premieres of the biggest Hollywood blockbusters within months of their theatrical release. We launched several properties that allowed TV audiences to watch Hollywood movies in the language of their choice.

The non-fiction category has been an important part of the Zee Café programming line-up. Foreign shows such as the ‘The Drew Barrymore Show’ and ‘Masterchef’ have been an audience favourite. Indian originals ‘Chef Vs Fridge’ and ‘Dance With Me’ programmed in Hinglish for a wider reach amongst Indian audiences have also managed to build a good base for themselves. A successful season 2 of ‘Dance With Me’ recently concluded, garnering an encouraging response from the viewers on TV as well as social media.

Our aim has always been to reach out to the right section of the audience basis programming. Hence, we involve a lot of backend research to define the target group. However, in the recent past, there have been multiple changes in the consumption patterns which has evolved the traditional media landscape.

On the viewership trends for the English language content

At a macro level, interest in English content is seeing a steady rise and the same is being reflected in the form of viewership numbers. This growth can be attributed to deeper penetration of the English language in various parts of the country. As a result, the acceptance of English content and its consumption has seen an exponential rise. During the lockdown, the TV industry witnessed significant growth in viewership. This was majorly led by more walk-ins, however, the time spent on television has increased too and the same has continued post lockdown as well.

On the co-existence of TV and OTT

TV and OTT are here to co-exist. While both mediums sometimes have a consumer overlap, they are quite different in terms of approach. OTT comes with an opportunity of ‘me-time’, television brings ‘we-time’. Also, the audience is always on the lookout for fresh and relatable content. Hence, to satiate the demand both mediums complement each other.

On the marketing initiatives launched this year

Consumers have become more adaptive to digital media, and multiple mediums have emerged offering the same. For instance, our ‘First Day First Show at Home’ campaign featuring comic José Covaco garnered an overwhelming response with over nine million views on YouTube. We also hosted a unique interactive live session on the premiere day with José which garnered great engagement on Instagram.

Moment marketing has found its relevance and context has become the key element in any integrated marketing strategy. To further drive engagement and build visibility for Korean shows on Zee Café, the channel collaborated with ‘Supaarwoman’ fame Supriya Joshi for Diwali special reels with a twist of K-Drama.

The brand also engaged in consumer connect initiatives such as the recent Flix First Screening contest organised across five cities – Mumbai, Delhi, Chennai, Bangalore, and Hyderabad. As a part of the contest, 350 winners received two tickets each for the special screening of ‘Spiderman: No Way Home’ in their cities. To ensure maximum awareness of the contest amongst the Spiderman fans, we associated with José Covaco who uploaded a video with his daughter garnering 27,000 views on Facebook and 58,000 views on Instagram. Our ad film with Deepak Tijori, Renuka Shahane, and Rohit Saraf also garnered attention exemplifying the need of the right message with the right resources and how simple themes can be molded into clutter-breaking outcomes to fuel consumer engagements.