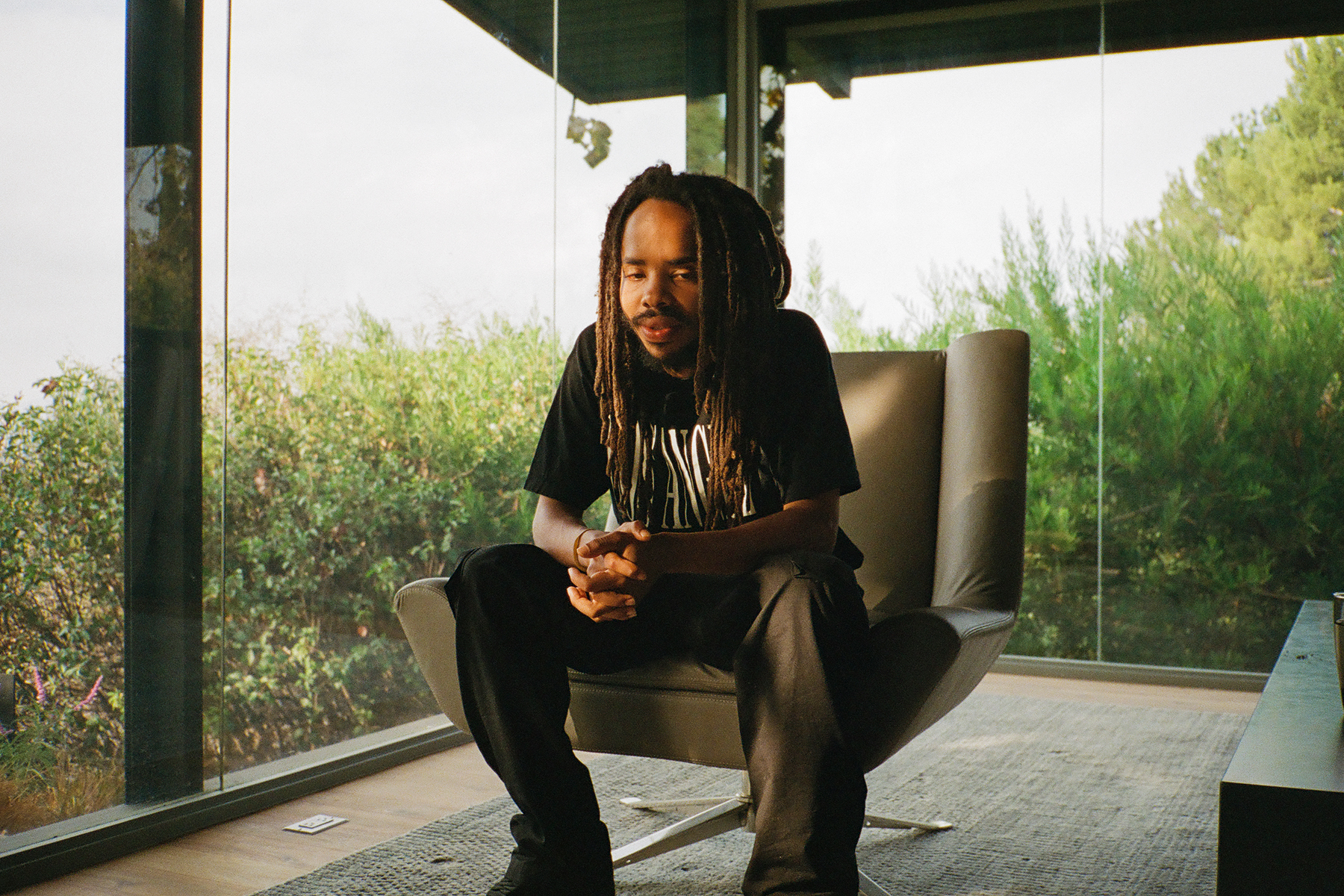 For a certain strain of rap fan, Earl Sweatshirt’s elite lyricism has made him a god among men. But rather than coast on that deification, the California rapper (whose real name is Thebe Kgositsile) has spent his career defying expectations. His response to listeners seeking replays of his 2010 mixtape EARL, which introduced Sweatshirt as a devilish lyrical wunderkind, has been relentless reinvention. On his first two albums, these revisions were muted, taking place mostly on the level of subject matter and sound. But on 2018’s Some Rap Songs and 2019’s Feet of Clay, he directly pushed against notions of rap greatness as merely the sum of one’s verbiage, embracing the clipped rhythms and nonlinearity of the hip-hop margins. His elliptic, woozy songwriting, crammed with texture and motion yet shunning structure and cogency, subverted ideas about how rap songs could sound and be arranged. SICK! continues that trend, charting new territory for Sweatshirt while continuing to subtly dissect rap conventions.

Sick! came together in the aftermath of another planned album falling apart due to the pandemic and Earl’s uneasiness with his writing becoming showy and mechanical. “I was rapping, rapping, on every single song,” he said in an interview. “The album I was working on before had a really optimistic energy towards it, but it felt gross. It felt political, like a mayoral campaign.” That hesitance, plus planned tracks being lost in some sort of computer snafu, seems to have pushed him toward more urgency and directness, a reset that reorients the mechanics of his songs.

On previous albums, Earl Sweatshirt treated music as a refuge where he could probe his aching psyche and voice his darkest emotions. Sick! is decidedly outward facing, the rapper breaching rather than tunneling. A sense of artistic renewal guides his music as he navigates the pandemic world and its ambient horrors. Single “Titanic,” is almost trolling in its breezy free associations. “Iceberg, MAC kinda slim/What they couldn’t see sink the ships/Capsize mean you’s a flip/Send a postcard from the depth,” he deadpans, zeroing in on the Titanic as a disaster parable yet remaining wry. On “Vision,” he addresses the pandemic directly: “Everything we in the midst of/How long you waiving the rent?/Moratorium extendo/I’m just evading the pit,” he raps, his flow springing off Black Noi$e’s hypnotic piano loop. He’s constantly finding ways to play with words without trivializing them, a balance that has eluded many of rap’s preeminent lyricists in recent years.

It helps that his words are more sonically foregrounded compared to past releases. The album is mixed by vaunted Jay-Z engineer Young Guru, who renders the vocals crisp and clear, and Earl, a lover of murky, waterlogged sounds, notably has no production credits. The beatmaking is instead delegated to longtime collaborators like the Alchemist, Black Noi$e, Samiyam, and Sage Elsesser (as Ancestors), all of whom provide conventional production with discernible drums and pristine samples rather than an “Earl Sweatshirt type beat.” Leaving behind the corroded and abrasive soundscapes of previous releases gives him space to rap “straight, no frills,” as he puts it on “Titanic.”

The trick to that self-assessment, of course, is that, fittingly, it’s also a misdirection. Earl Sweatshirt remains an oddball writer who parachutes into ideas from peculiar, oblique angles. Thematically, he focuses on forward motion, frequently adopting imagery that melds the earthen and the bodily, the cosmic and personal. “Foot shook ground when I stepped on it/I didn’t look back when I broke soil/‘Cause every time I did it would hurt more,” he raps on “2010,” one of many moments where he interrogates the past to reaffirm his commitment to the future.  “Fire leaping up out the hole/Deep breathing only make it grow,” he deadpans on “Fire in the Hole,” unfazed by the flame.

Throughout the album, his lyric evoke eruption and heat, images that cast his cryptic revelations as both painful and cleansing. “Lye,” built on a chipper horn loop, invokes the scene in The Autobiography of Malcolm X where X first gets his hair conked. “Sometimes the pain sit and fester in the hate, beloved/I’m working on it / It’s worth the time,” he offers, his voice eerily composed, almost relieved. On “God Laughs,” he again invokes fire in a reflective, thankful way, rapping, “Operating on an empty tank spanked me/Fumes fueling the flame,” over Alexander Spit’s feathery beat. It’s dazzling how purposefully he can rap, avoiding filler while still sounding commanding, playful, spry.

Earl never turns Sick! into a polemic, but it doesn’t feel accidental that on his most legible album, he’s actively engaged in dismantling what it means for rappers to go in, and to evolve as artists. Without punchlines, hooks, eccentric beats, and flashy flows, he finds ways to astound and delight, avoiding gimmicks as well as grandstanding. As rap’s newcomers, legends, and fans spin in place, Earl Sweatshirt reminds us the genre has always thrived not on deities or empty spectacle, but on humble tools and the imaginations willing to put them to work.