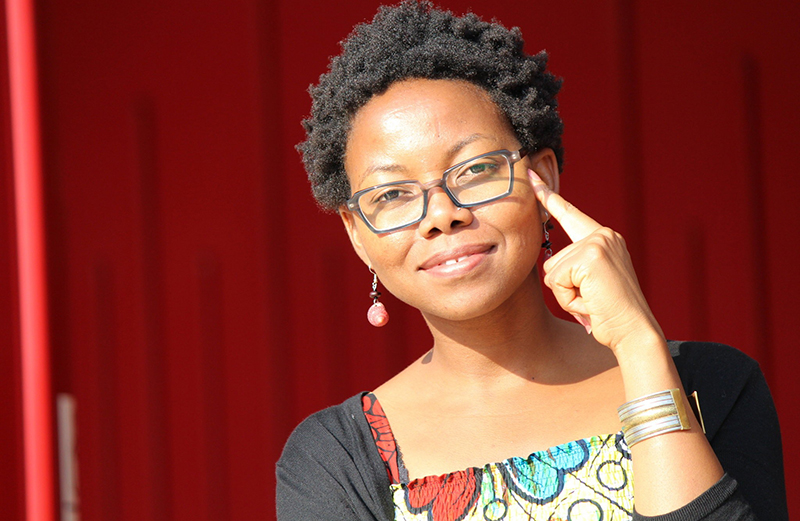 NoViolet Bulawayo’s brilliant debut novel, “We Need New Names,” was suffused with the nostalgia of the emigrant. Her equally impressive second novel is saturated with the anger of the exile. Fueled by the savage indignation of the satirist, “Glory” tells the sad and violent story of the failure of a fictional African country — Jidada “with a -da and another -da” — to make good on the promise of independence.

It does so by adapting George Orwell’s classic political fable “Animal Farm” to a contemporary Zimbabwean setting, starting out with a representation of a “sanitized coup” that leads to the ousting of the “Old Horse” from the “Seat of Power” after nearly 40 years in charge.

In a prefatory note to the novel, Bulawayo explains that when Zimbabwe’s independence leader Robert Mugabe was deposed in Nov. 2017, references to “Animal Farm” cropped up all over Zimbabwean social media. While attempting to write an account of the actual coup, Bulawayo found that Orwell’s allegory provided the “perfect technology” to “articulate the absurd and the surreal.”

Thus Zimbabwe’s ruling elite became horses; the military (a.k.a. the Defenders) became dogs; and the ordinary people become cows, goats, pigs, cats and so on. All capable of “hinding,” swishing their manes and tails and, simultaneously, of driving cars, jetting off to ministerial conferences, talking to Siri, tweeting about #freefairncredibleelections and firing machine guns.

There doesn’t seem to be much rhyme or reason why one character, or group of characters, is represented as a particular type of animal, and apart from a crocodile, stock figures from elsewhere on the continent — for example, the hyena and hare, the spider, tortoise, elephant, lion, hornbill, chameleon, mantis — are surprisingly absent.

In any case, the specific reality of mundane Zimbabwean life is never far away. Internal politics in Jidada, for instance, is driven not by divisions between one breed of horse and another but between Shona animals (of whatever species) and Ndebele ones. And rather than setting the action adrift from human history, Bulawayo uses specific dates that link the fictional Jidada to actual Zimbabwean events.

Indeed, while most of the absurdity and surrealism hints at the irrepressible wit and resilience of Zimbabweans and allows the reader to revel in Bulawayo’s imaginative brio, some of the brutality and violence of post-independence Zimbabwe causes the fable-mode to falter. Above all, for instance, there is the horror of the Gukurahundi, a period between 1983 and 1987 when Mugabe notoriously unleashed North Korean-led forces against so-called dissidents in a thinly-veiled ethnic attack on his minority Ndebele rivals. Bulawayo’s account of the brutal onset of this campaign, tied to the historically accurate date of April 1983, is harrowing in the extreme even if the characters are technically dogs and goats.

In the main, however, writing in beast-fable mode taps into the deep roots of African story-telling and allows Bulawayo to “channel” the oral tradition of her grandmother’s “beguiling tales of talking animals and alternate worlds.” Numerous stylistic devices lend an almost incantatory drive to the narrative. Repeatedly used phrases, such as the filler “tholokuthi,” or the idiom “even the sticks and stones,” act as kinds of oral tics of the narrator, while genealogies approximate the mode of southern African praises: returning from abroad after many years away, Destiny the goat, for instance, is amazed that “all the mals” in her hometown of Lozikeyi still know her as the granddaughter of her revered grandfather whose lineage is locked in local memory despite the best efforts of the regime to erase him from history.

That residual memory of a truly honorable ancestor and of a time when leaders were marked by decency and service rather than corruption and incompetence, venality, vaingloriousness and violence is what allows “Glory” to end on a note of optimism. When the mals — notably led by the femals — finally stand up to the violence of the Defenders, the dogs one by one divest themselves of their uniforms, set aside their weapons and join the “children of the nation.” Storming the “House of Power,” the children tear down not just the images of Jidada’s rulers but all of the statues in the “Shrine of Rulers”: “down came each and every ruling African tyrant, yes, tholokuthi in the blink of an eye, the Shrine of Rulers was reduced to rubble, rubble, rubble.”

In George Orwell’s other great political novel “1984,” the main character, Winston Smith, sees ultimate hope only in the ordinary people, the “proles.” Bulawayo seems, likewise, to see her novel’s titular glory in ordinary citizens’ ability to continue to imagine “a world in which we are all free.”