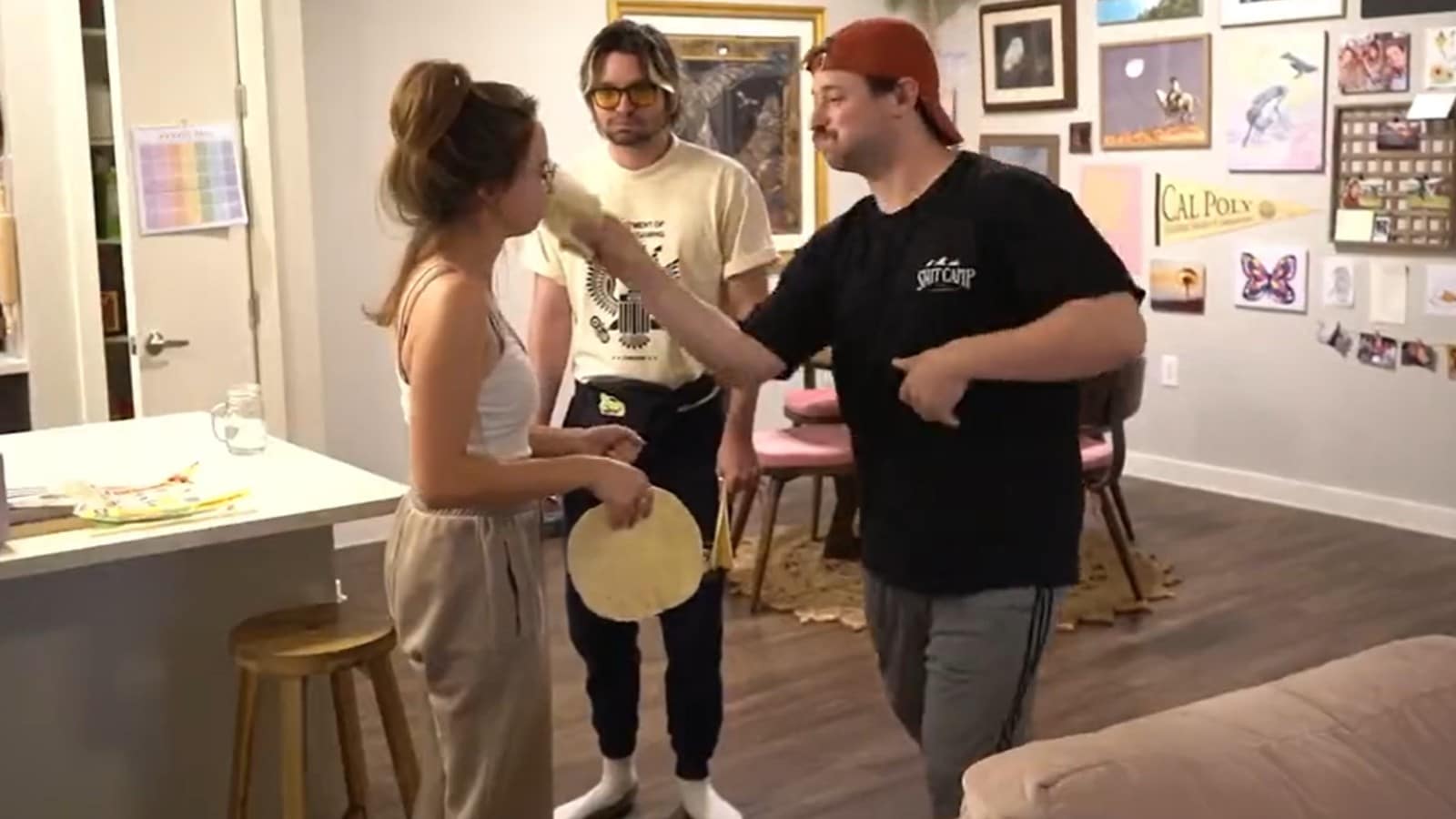 RichWCampbell slapping Maya in the face with a tortilla

The TikTok Tortilla Trend saw a huge resurgence in 2022 since its beginnings in the previous year. Since then, various celebrities have taken part in the bizarre challenge, much to their fans’ delight.

The basic premise is that competitors fill their mouths with water and then slap each other in the face with a tortilla. The aim of the game is to not spill any water from the hit or from laughing too much.

Twitch stars Rich Campbell and Maya decided to face off against each other in the game. After Maya lost out on a ‘Rock, Paper, Scissors’ match, Rich landed a blow which had viewers in stitches.

Maya had her friends Rich and fellow Twitch streamer Cyr were taking part in the tortilla TikTok trend on August 6.

After Maya lost a game of ‘Rock, Paper, Scissors’ against Rich, he slapped her with a tortilla. However, he clearly went a little too hard as the hit managed to propel her glasses off her face and into the distance.

As Maya tried hard not to laugh, Rich quickly rushed to her for a hug. Then when she collapsed on the floor in hysterics he couldn’t hold his laughter in any longer and spat water all over her.

The clip soon found its way to social media, picking up 3.1k likes on Reddit as of writing with many laughing over Rich’s “immediate “don’t tell mom its not that bad” hug.”

However, over on Twitter, one stream viewer claimed the epic blow was all his fault as his suggested that the two “fold” the wraps “for more slapping power.”

Obviously, Maya was taken aback by Rich’s powerful hit. However, as she somehow managed not to spill any water, she had the last laugh in the end.