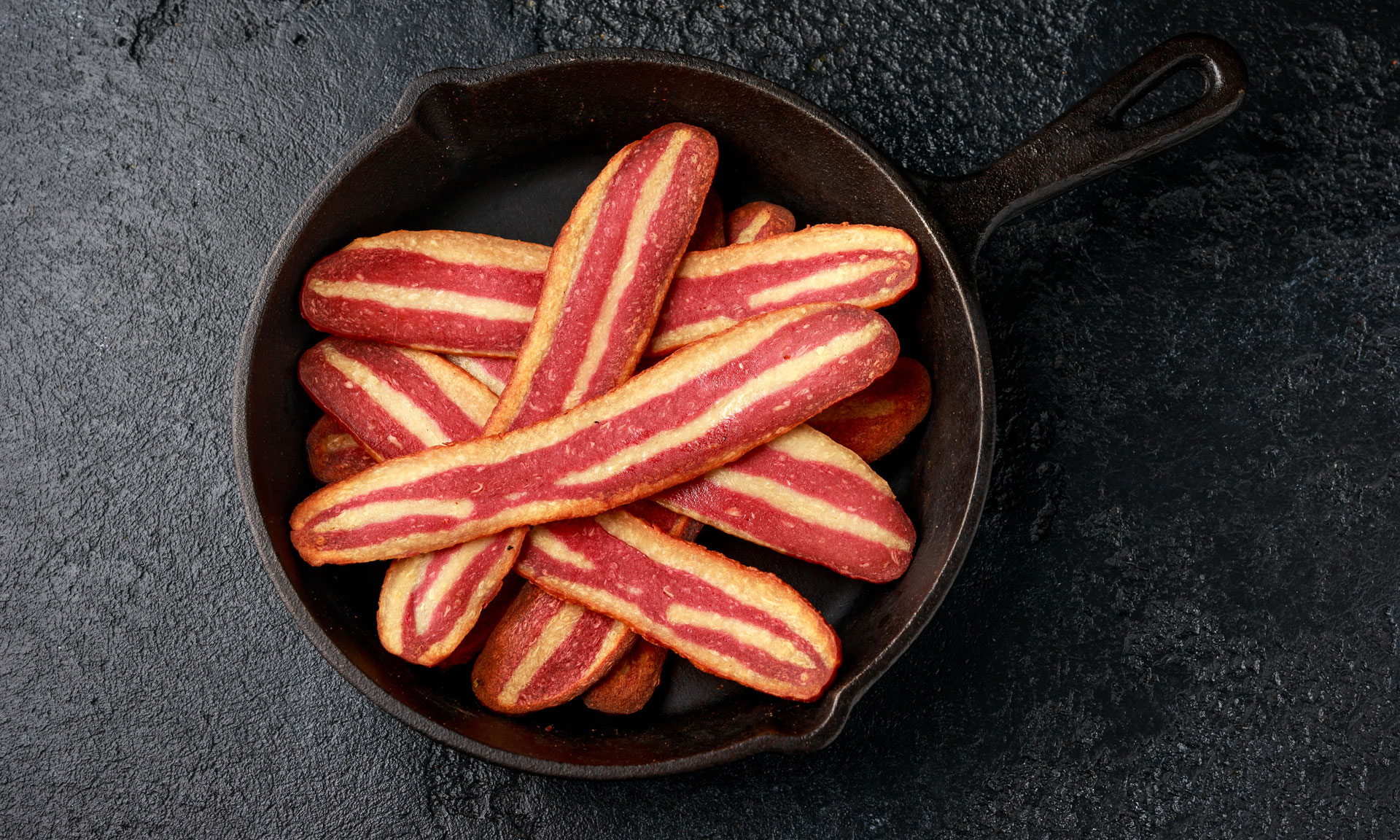 If you’re looking to cut down your meat consumption, plant-based meat substitutes like vegan bacon can help you to feel like you’re not missing out.

There’s an increasing variety of meat-free bacon alternatives on supermarket shelves. These are usually made with wheat, pea or soya protein, and are designed to mimic the appearance, taste and texture of the real thing.

To find out which ones do the best job of faking it, we asked a tasting panel of 108 people to blind-taste and rate Richmond, Naked and This Isn’t Bacon rashers.

None bowled over our panel, but some fared better than others. Read on to find out which makes the tastiest option for your weekend fry up.

None of the options we tested were considered a stand-out bacon substitute.

Richmond was the overall winner, with 44% of tasters choosing it as their favourite – although Naked wasn’t far behind.

Tasters weren’t convinced about making the switch though, with just 40% saying they’d be happy to swap to the best-scoring option from a regular rasher.

Richmond’s meat-free rashers were rated the best of the three in our taste test, and nearly 40% said they would be happy to eat them in place of meat bacon.

Our panel thought they looked more appealing than the other brands they tried, and most thought the thickness of the rashers was just right.

However, the texture wasn’t quite there, with just over two thirds finding the rashers too soft. Overall though, Richmond’s rashers are a decent choice if you’re looking for a tasty vegan alternative to bacon.

However, our tasters didn’t think they looked as appetising, and nearly half said they weren’t salty enough for their liking.

They might not have won over all our tasters, but just under a third chose Naked as their preferred option, so it’s still one to consider.

This Isn’t Bacon were the most expensive vegan rashers we tasted, but scored lowest overall. Our tasters weren’t that impressed with the flavour or appearance.

Unlike the Richmond and Naked options, which are designed to resemble meat bacon rashers, this product had a darker colour which some found off-putting – some tasters likened their appearance to a dog chew.

Just 28% of tasters said they would be happy to eat these rashers in place of real bacon.

Plant-based meat alternatives – the definitive guide to choosing vegan substitutes, including which options are healthiest and have the lowest environmental impact

Opting for plant-based bacon can be a healthier choice, with most bacon substitutes lower in both calories and saturated fat – and higher in fibre – than real bacon (though this isn’t always the case for plant-based meat imitators).

However, like bacon, they’re all high in salt, as they contain more than 1.5g of salt per 100g.

According to the NHS, eating a lot of red and processed meat, such as bacon, increases your risk of bowel cancer, so it’s worth cutting back if you do tend to eat a lot of it.

Consider how you cook it too: the NHS says grilling rather than frying, and picking back bacon over streaky, can help.

Comparing the environmental impact of plant-based alternatives isn’t straightforward, but most experts agree that consuming less meat is better for the environment.

Some vegan bacon contains soya, which has been linked to deforestation in South America – though the majority of this soya is used for animal feed.

For those wanting to avoid soya altogether, Naked uses wheat and pea protein instead of soya.

Climatarian diet explained – is this the solution to eating more sustainably?

Where to buy vegan bacon

We taste-tested the three most widely available vegan bacon brands, but increasingly the major supermarkets have their own ranges of plant-based produce, which can be cheaper.

Here are some further options you’ll find in the aisles, with Aldi and Asda leading the charge on low prices:

How we tested vegan bacon

We asked 108 people who regularly eat meat replacement products to blind taste each product, and rate the flavour, texture, appearance and aroma of each one.

The order they sampled them was fully rotated to minimise bias, and each panellist had a private booth so they couldn’t discuss what they were tasting or be influenced by others.

We chose to test Richmond, Naked and This Isn’t Bacon Rashers, as they were the most widely available branded options at the time of testing. All the products were pan-fried according to pack instructions.

To see more of our top food and drink picks including the best peanut butter, instant coffee and hot chocolate, head to our roundup of the best food and drink